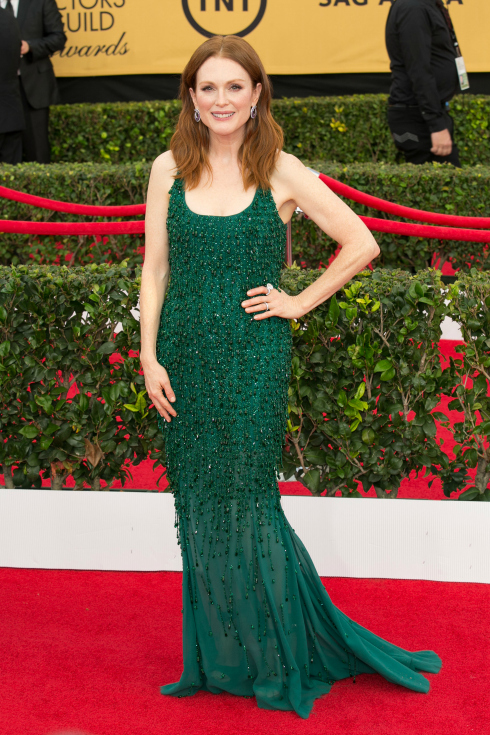 The SAG Awards 2015 took over the Los Angeles Shrine Auditorium on Sunday night, and as far as awards shows go, it really wasn’t half bad. There were gorgeous dresses (um, did you see Julianne Moore?!), a few really good speeches and some genuinely excited winners. Not jaded, done-this-a-thousand-times winners, but winners who jumped up and down and looked like, well, they just won a freaking big-time Hollywood award!

But best of all? The SAG Awards only ran for two hours. As anyone who follows award season knows, these things can be scheduled for three hours and still run late; we’re talking three hours plus. So, thank you, Screen Actors Guild and TNT; for the SAG Awards red carpet fashion I got to drool over, and for your merciful run time. 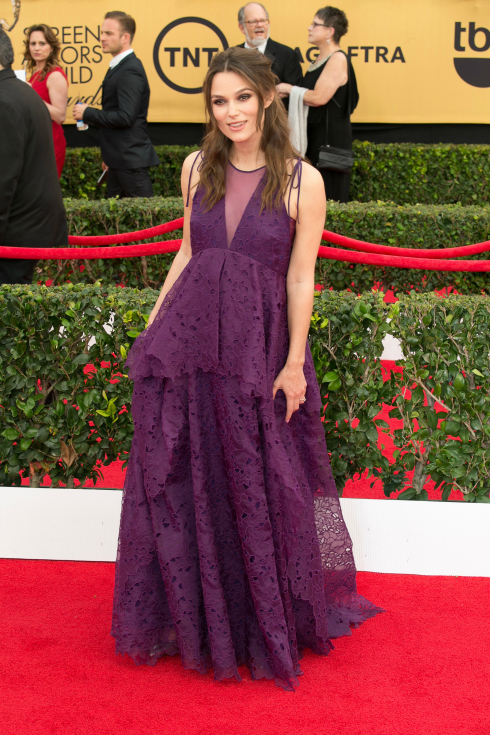 The SAG Awards red carpet looked like loads of fun this year, with a pregnant Keira Knightly rocking a plum Erdem maternity creation made of lace and loveliness, though to be honest, Matthew McConaughey’s wife Camilla did purple just a bit better on the SAG Awards 2015 red carpet on Sunday night.

Modern Family bombshell Sofia Vergara stunned in a form-fitting, cherry red gown, but Cake star Jen Aniston might have managed to get an even higher score on the sexy scale than the curvy Colombian this year! The plunging neckline on her slinky, shimmering vintage Galliano was breathtaking. What do you think? 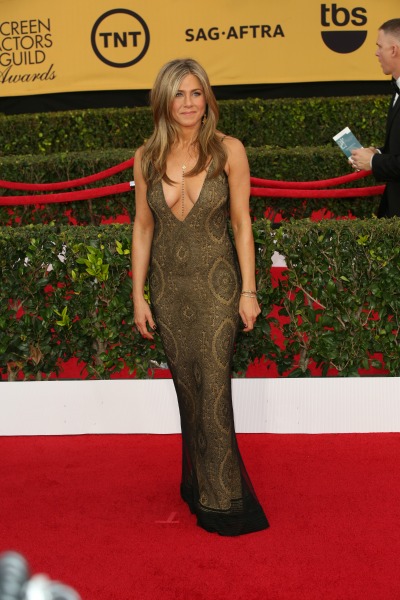 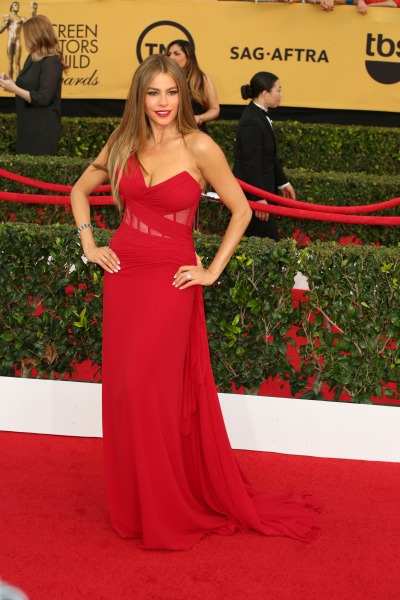 It wasn’t all success, though. Laverne Cox of Orange Is The New Black was probably worst dressed for the evening; she was, at the very least, a top contender. Her satin (yuck) dusty rose Johanna Johnson gown and her unfortunate hair gave off a certain Miss Congeniality vibe that I’m sure she didn’t intend. 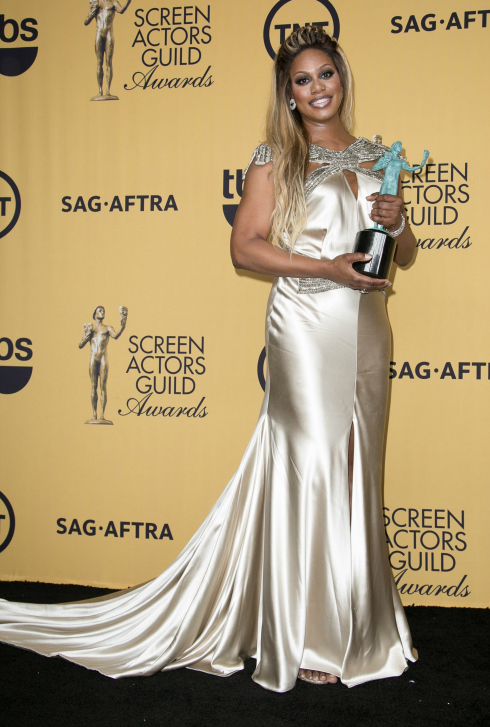