A woman in Germany is using maxi pads – period pads, in other words – to serve as a metaphorical megaphone for her feminist messages, attracting extra attention to her words by the simple fact that they’re written on a woman’s sanitary pad and stuck to a light pole. Oh, and then she posts the pics to social media to generate (now viral) conversation. 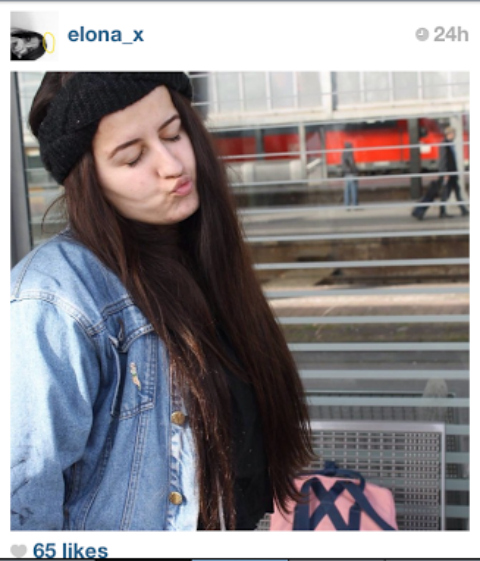 Her name is Elonë, and she is on a mission to raise awareness about the dangers and unfairness of victim-blaming in rape cases with her feminist period pads project. Using her Tumblr and Instagram accounts – @fotzenueberall and @elona_x, respectively – Elonë amplifies her maxipad messages to an even broader audience. (Getting your story picked up by Buzzfeed doesn’t hurt, either.)

The messages on the clean, unused period pads are short and to the point. One reads, “Imagine if men were as disgusted with rape as they are with periods.” The message of this particular “pad post” was actually originally posted to Twitter as a tweet by user @cutequeer96 back in September of last year. 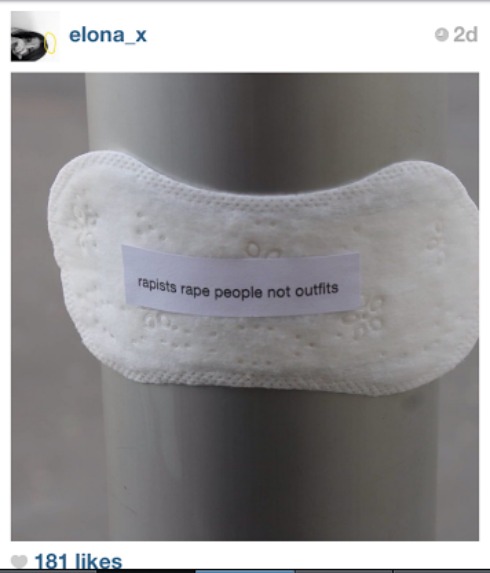 Another says, “Rapists rape people not outfits.” The social media post was accompanied with the hashtags #feminism #feminist and generated hundreds of notes on Tumblr.

She says her message is “feminism is equality, not men hate.” Of course, this being the Internet and all, not everyone is down for feminist positivity and shaming rape apologists by sticking feminine hygiene products all over the city. (She is basically tweeting with maxipads IRL, you guys.)

Elonë has taken her fair share of criticism over her in-your-face feminist period pads project. An anonymous comment to one of her Tumblr posts said, “Imagine if women didn’t treat all men like rapists. Thank you for spreading hate and ignorance on the Internet.” The majority of the comments on her Instagram and Tumblr photos seem mostly positive and encouraging, though.

Visit Elonë’s social media accounts linked above to chime in, and as always, leave your thoughts on this story in our comments section below.