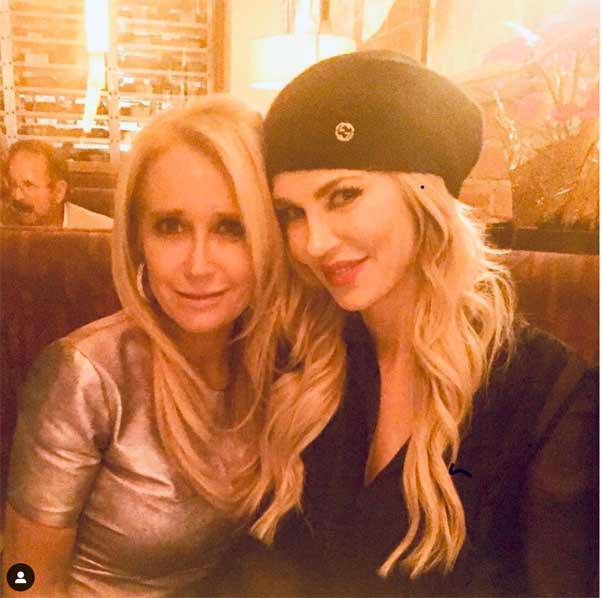 Kim Richards, pictured above on the left next to Brandi Glanville, has not been a cast member of Real Housewives of Beverly Hills in several years. She’s been open about struggling with alcohol abuse, and her time since leaving the show has been a bit rocky. On tonight’s episode of Real Housewives of Beverly Hills, Lisa Rinna brings’ up Kim to her sister Kyle in an accusatory manner that turns the mood of a dinner at Denise Richards’ house. What’s Kim up to now? Is she doing well?

55-year-old Kim has a live show with Brandi Glanville called Blonde and Blonder: The Reality of Our Lives scheduled for this summer! The planned date is Sun July 12,2020 at Irvine Improv in Irvine, California. It’s a 21+ age show with ticket prices ranging from $35.00 – $85.00. 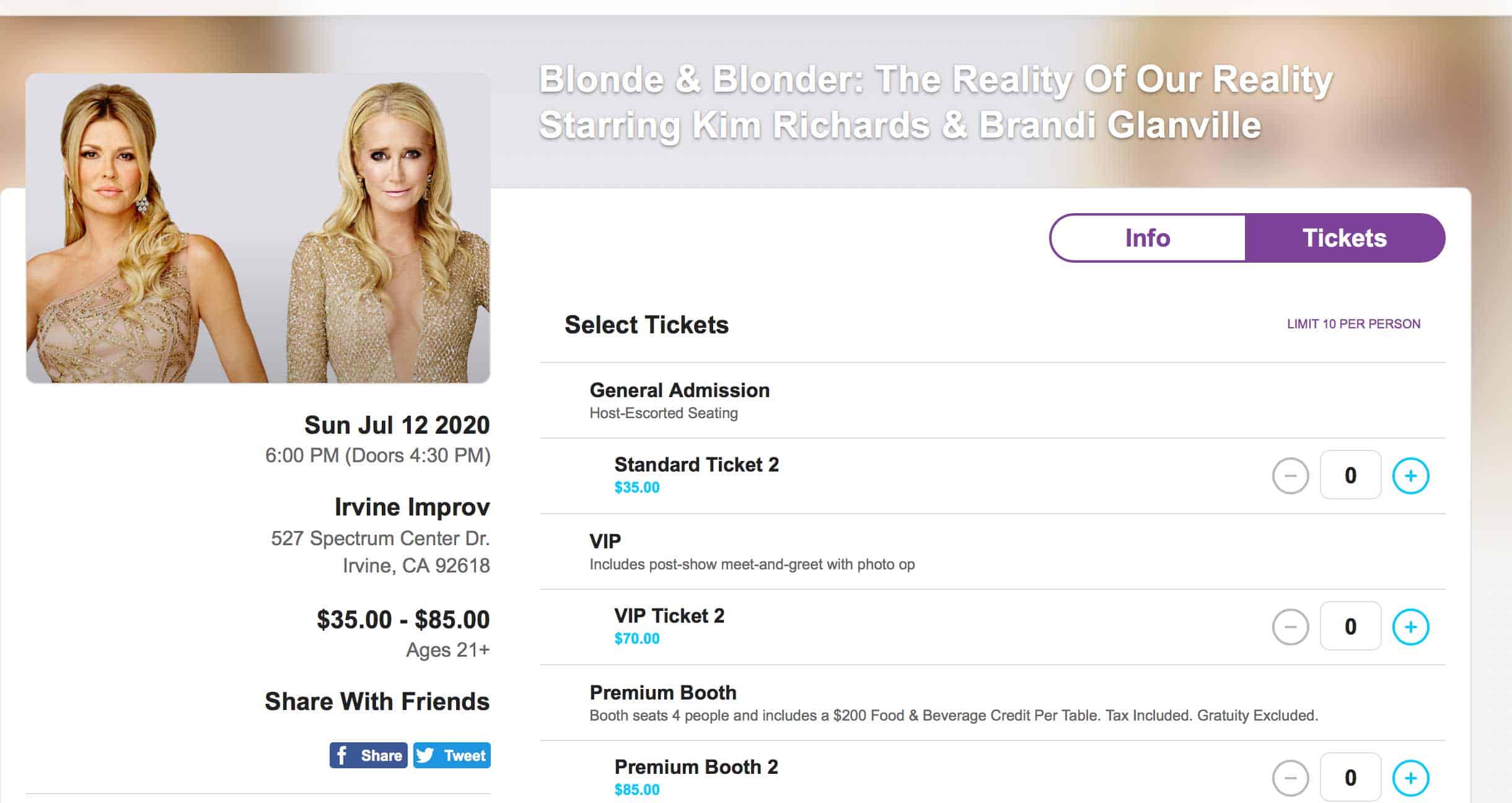 Kim has four children: Brooke, Whitney, Chad, Kimberly, and two grandchildren: Hucksley and Hunter (both from oldest daughter Brooke,) who are no doubt also keeping her busy these days. 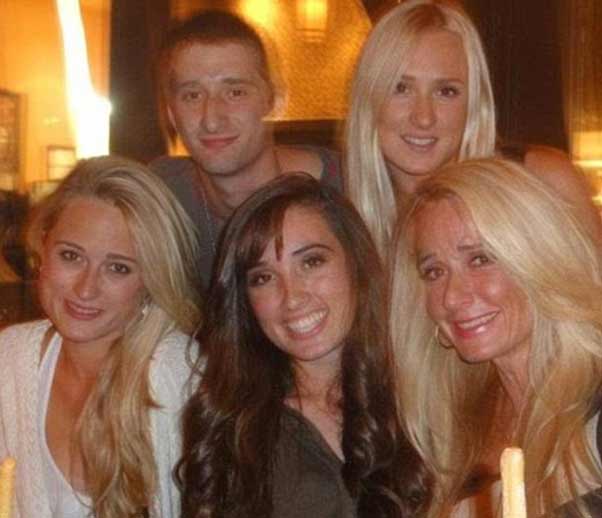 Kim was brought up during a heated exhcange on tonight’s episode of RHOBH. “I don’t think you would blindly defend anyone in this group like you have Teddi,” Dorit said to Kim’s sister Kyle Richards.

“I defend you all the f**king time,” Kyle argued.

Then, Lisa Rinna tells her she doesn’t think she would defend everyone. “When wouldn’t I?” Kyle asks. This is when Lisa comes in with the attack: “When it’s your sister.”

The editing then goes back to a clip from 2016 where Lisa Rinna tells Kim Richards “a sober person doesn’t act like that.”

“Really, Rinna? You’re gonna go that deep? I see what you’re doing now. It cost me a relationship with my sister, so f**k you. So f**k off.”

Even though Kyle suggests at this moment that her relationship with her sister was lost over this drama, things seem to be at least cordial between them now. Kim’s been showing support on Twitter and Instagram for her sister Kyle’s new fashion line, Kyle x Shahida.

It has been a bit of a rough patch for the sisters, however. Kyle outed Kim as an alcoholic during the first season of Real Housewives of Beverly Hills in 2011. The next year Kim openly discussed her struggle with alcohol during the reunion special. She went to rehab but relapsed in 2015. She was arrested twice during that year, once for shoplifting and once for trespassing, public intoxication, resisting an officer, and battery on a police officer. She completed probation in September of 2018 and has stayed out of legal trouble ever since.

In 2016 she lost her ex-husband G. Monty Brinson, whom she was really close to. Last year she had a health scare that opened her eyes about who she wanted to live her life. Speaking to People last November, Kim describes how she realized she was living for other people in the past; like trying to please her parents or live for her children and says she’s now learned how to live for herself.

Has the Real Housewives of Beverly Hills Season 3 Reunion been filmed or not?