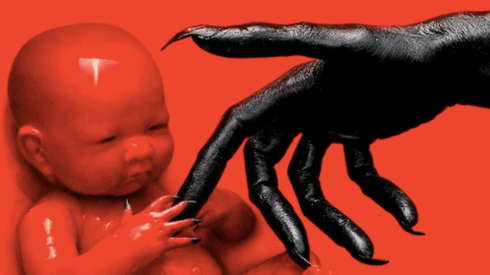 Last week’s premiere episode of American Horror Story: Apocalypse introduced a creepily interesting returning character at the tail-end of the story. Michael Langdon, who was last seen as a murderous three-year-old in the anthology series’ very first season “Murder House,” is now all grown up and part of the mysterious Cooperative group that’s keeping this post-apocalyptic world going. There’s even a gnawing suspicion that this powerful group initiated the nuclear destruction that ended most of the world. 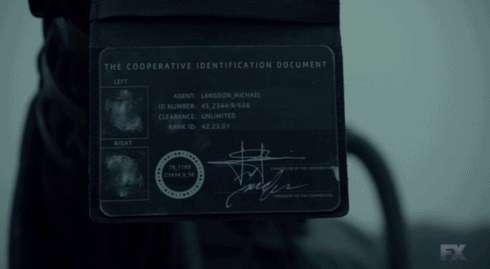 Michael Langdon’s mother Vivien Harmon died during childbirth. He was conceived when she had sex with the monstrous Rubber Man, who she thought was her husband Ben. His real grandmother, Constance Langdon, took over his care and was pleased with his early murderous tendencies. 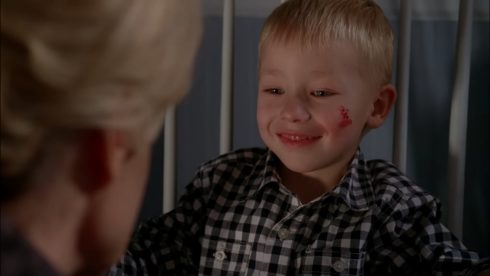 A prophesy early in the series hints at Michael’s true identity: The Anti-Christ. Early in the season medium Billie Dean Howard proclaims that “a child born of human and spirit will usher in the end of times.” 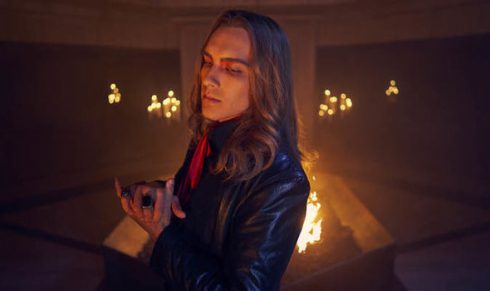 The end times have certainly been ushered in, which means ominous things about who makes up the twelve members of The Cooperative. Michael rides in right when the group at Outpost Three are running out of resources. He tells the outpost’s nefarious leader Wilhelmina Venable that most of the other outposts set up by The Cooperative are now failing, but he has the power to save whoever he wants from the devastation of starvation and nuclear winter.

The people who have been secured in this safe houses so far either paid to be there or were chosen by The Cooperative based on their DNA. In an eerie connection to modern life, their DNA was obtained through means that seemingly were not related to this plan: an ancestry research kit, and time in prison gave The Coop access to the genetic information of two of the people they selected to stay.

If Langdon is the Anti-Christ who brought about world destruction, why did he and the rest of his group want to save a few people? What is it about their DNA that they want to use to create a new world? What’s the purpose of this new world?

What is The Cooperative

In the first episode, Venable describes the group as “a collection of the dozen greatest minds mankind has to offer.” The fact that the Anti-Christ is one of their members and the hint that they brought about the destruction of the world so they could save a chosen few suggests they are possibly an Illuminati or Satanic organization. Their obsession with eugenics has a Nazi Germany vibe.

This season is heavily connected to Coven, and there was already a major hint that Outpost 3 may be a former school for male witches similar to Miss Robichaux’s Academy for Exceptional Young Ladies. Perhaps Michael is a member of a very special coven of the best and most powerful witches.

After watching episode two, where we see a reappearance of The Rubber Man and watch Langdon delve into OutPost Three’s deepest resentments about each other, perhaps he doesn’t actually want to save anyone and is instead going from outpost to outpost driving whoever he finds there to kill each other.