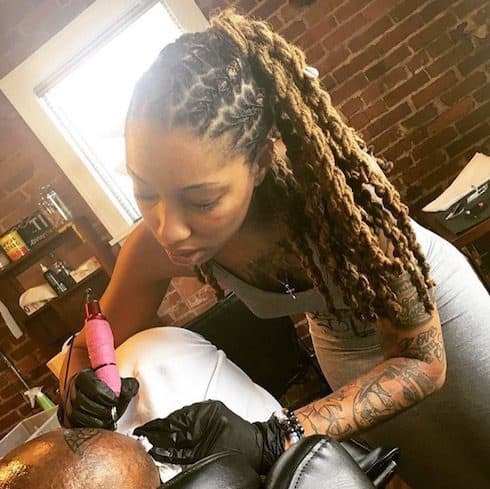 Black Ink Crew star Dutchess Lattimore has a court date stemming from a May 2018 traffic accident that left one man dead. We’ve obtained Mecklenburg County documents that detail Dutchess’ involvement in the accident; they appear to confirm that she set off the deadly crash, though Dutchess’ charge is unrelated to the death. We’ve also obtained photographs taken the night of the accident showing Dutchess’ totaled Mercedes, and the incident report describing what happened.

Dutchess Lattimore was not named in initial reporting on the crash

As we reported at the time, Dutchess Lattimore — whose real first name is Crystana — was involved in a five-vehicle crash on Interstate 85 at around 1:30 in the morning this past May 7th.

Per the initial reports, “a woman driving a 2015 Mercedes” hit a disabled truck, sending debris flying across the highway. A motorcyclist hit the debris and was thrown; the driver of the car behind him stopped his car and tried to pull the motorcyclist onto the shoulder. But the driver of a tractor-trailer behind both of them swerved to avoid hitting the stopped car, he hit and killed the motorcyclist instead.

We’ve since come across the North Carolina DMV’s accident report, which does name Dutchess Lattimore as the driver of the Mercedes: 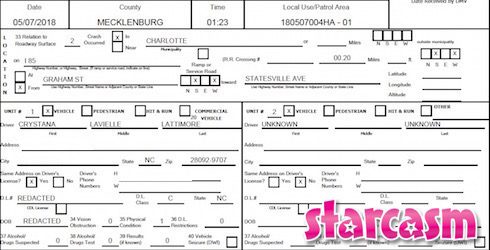 The accident report also states that Dutchess was driving the speed limit — 60 miles per hour — at the moment of impact. Her car traveled 32 feet before stopping; the stopped car traveled 55 feet. A diagram also lays out the movements of each vehicle, indicating that the truck was already parked on the highway’s right shoulder when Dutchess hit it, and not on the highway itself: 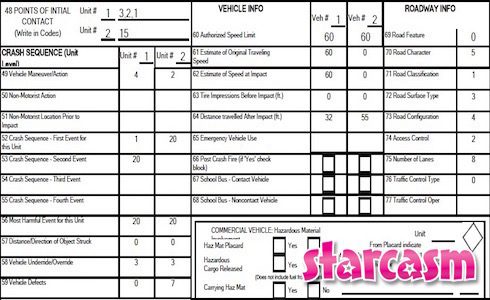 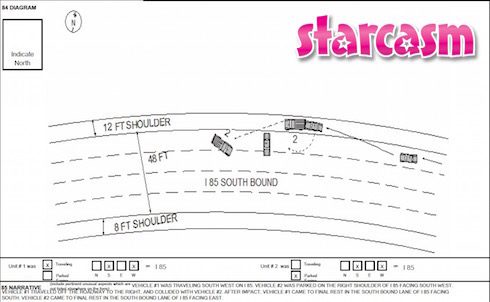 Two photos of the scene came to us via anonymous tip. In the first, a woman whose tattoos appear to match Dutchess’ stands besides her wrecked Mercedes; the second, a wider shot, captures Dutchess, two police officers, and three of the five vehicles (though the motorcycle doesn’t appear to be visible): 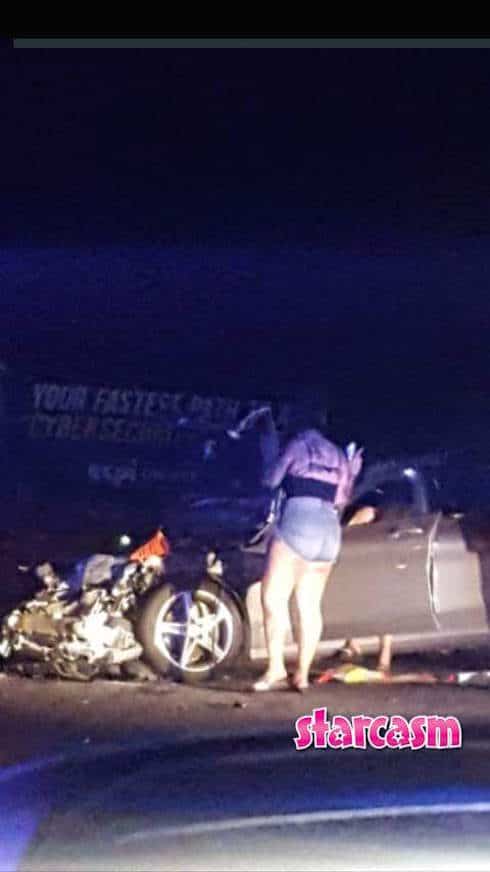 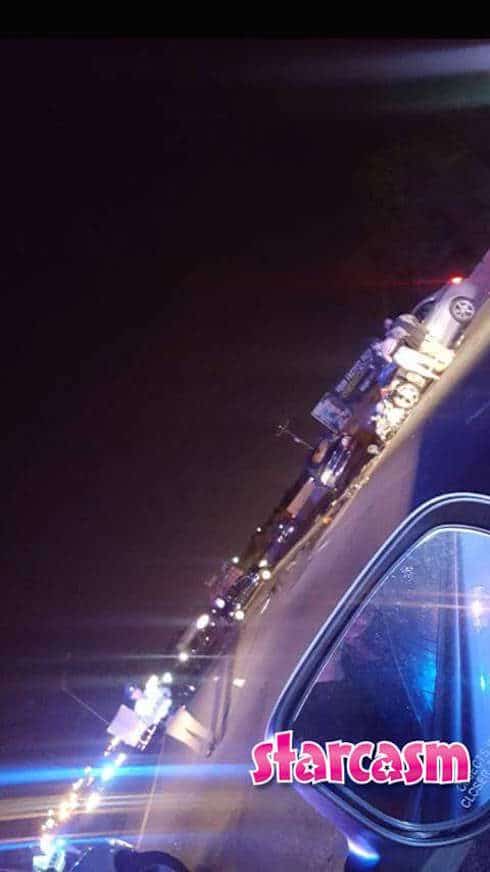 The DMV’s report also confirms what seems obvious from the photos above: both Dutchess’ Mercedes and the truck she struck were declared totaled by their respective insurers.

Finally, according to Mecklenberg County records, Dutchess Lattimore is due in court this November 7th on one charge of failure to maintain lane control: 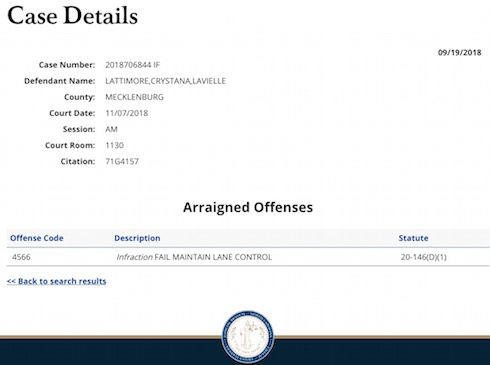 We’re still not entirely sure why only two vehicles appear in the incident report — and, related to the initial outrage that led Dutchess to temporarily shut off comments on her Instagram page, why she was only charged with one minor infraction. Based on what we can extrapolate from the above records, though, it looks like Dutchess’ accident, involving two cars, is officially being treated as something entirely separate from the three-vehicle accident that resulted in the motorcyclist’s death.

Octomom under investigation for welfare fraud