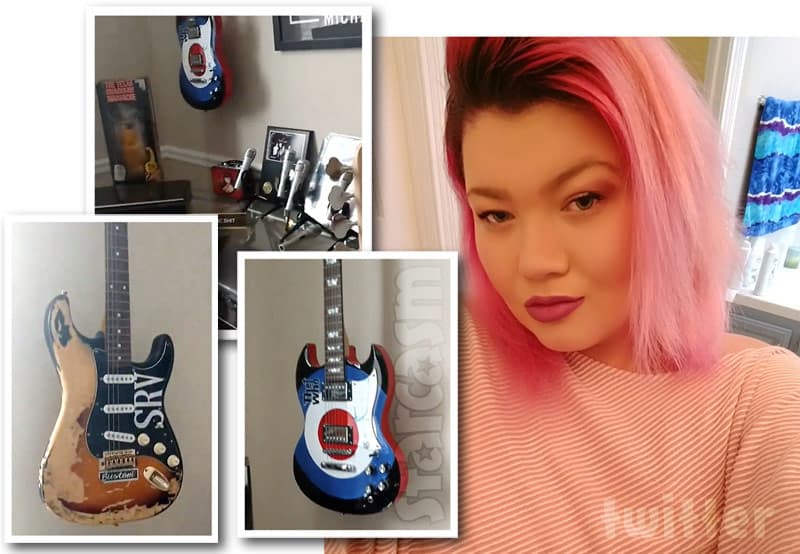 Teen Mom OG star Amber Portwood surprised fans earlier today when she took them on a video tour of her home office and revealed that she and fiancé Matt Baier have an AMAZING collection of autographed guitars and other music memorabilia!

“My office at home for my boutique www.beforeverhaute.com ?” Amber captioned the first video, which was posted to Twitter and Instagram. “I love it!!” she adds, “Sending love you guys? #veryblessed”

My office at home for my boutique https://t.co/vKqHpNfdTy ? I love it!! Sending love you guys? #veryblessed pic.twitter.com/KzKlVUWdF3

Amber seemed surprised by folks’ reactions to all of the guitars, and she interacted with some of the commenters on Instagram:

COMMENTER: you need some of The Beatles stuff to complete that room!! ?

AMBER: I have Paul McCartney ?

A: it’s in my book how important music has been to me?

C: better hope u never have a break-in

A: well I have a lot of animals who don’t like strangers and a Rottweiler who well you know lol

C: a music fanatic also! U should take lessons on an instrument, if u don’t know how to play already! Very therapeutic!!!?

A: I learned to play drums by my brother when I was younger!!? There’s a lot people don’t know about me?

A: yes Hun I run 3 businesses on the side as well ?

After all of the surprised reactions, Amber posted another video showing more of her collection and wrote: “Why the questions loves? I don’t get to share everything about me on Teen Mom lol? sending love and Good morning!!”

Why the questions loves? I don't get to share everything about me on Teen Mom lol? sending love and Good morning!! pic.twitter.com/3oqDF8g1G1

Judging from the two video clips, here is a partial inventory of Amber and Matt’s collection: 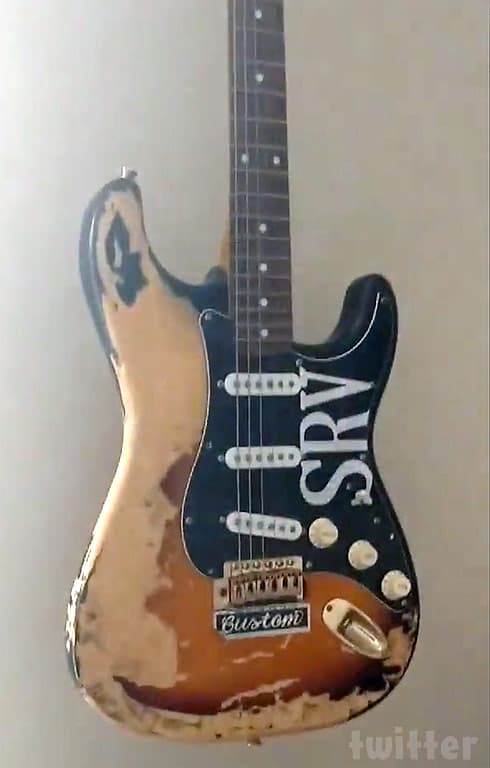 Amber also has a collection of framed book covers, including the two versions of her Never Too Late as well as Matt’s forthcoming memoir You Have No F**king Idea: The Naked Truth About My Life. What is very interesting to me, and quite easy to miss, is that there is also a framed book cover for the book that Matt wrote under the name Grey Baker about a boy who had been sexually abused titled Guys Don’t Rat On Guys. (You can read more about that here.) That in itself isn’t that interesting, but the framed book cover is different from the original book cover, and it lists Matt Baier as the author. Could it be that Matt plans to republish the book under his own name?

Here’s a screen grab tweaked a bit in Photoshop to square it up: 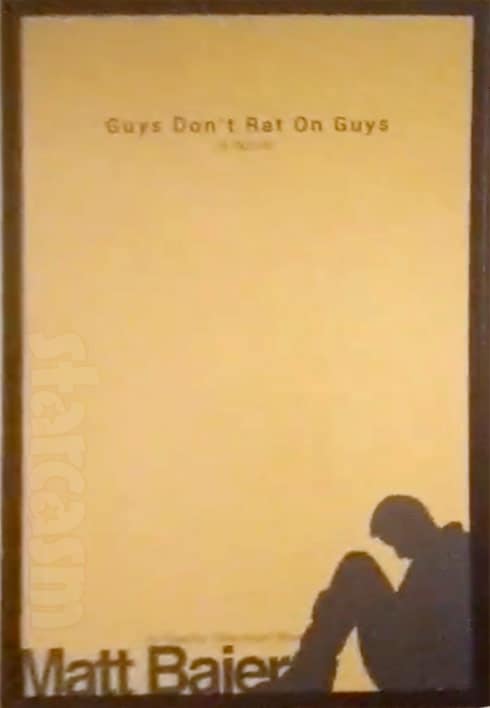 MORE PHOTOS plus VIDEO of Maci and Taylor’s wedding!