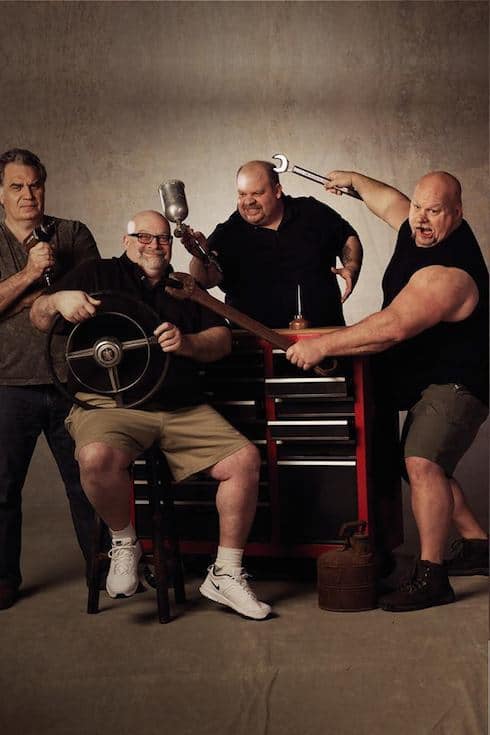 Discovery’s classic car cavalcade is all set to make its season 2 debut, and we’ve got you covered with a Fat N Furious Rolling Thunder cast info update! The jocular Midwesterners return tonight, looking to make another splash thanks to the huge success of Fat N Furious Season 1.

It turns out that Christmas Automotive has had to move to a completely new building in order to keep up with demand! Of course, that’s not a bad problem to have–as Discovery reminds us, “the faster the car, the fatter the pay check.” And it looks like Tommy, Chuck, Steve, and Andy will have some extra help: Jess and Nick, Tommy’s son and daughter, will continue to help out and learn the family trade!

In case you need a refresher, here’s a couple of quick shots of Tommy with son and daughter:

And here’s the fun teaser trailer Discovery’s just released to get fans amped for tonight’s premiere:

As for the rest of the Fat N Furious Rolling Thunder cast info, we’ve got you covered, thanks to Christmas Garage’s official page: 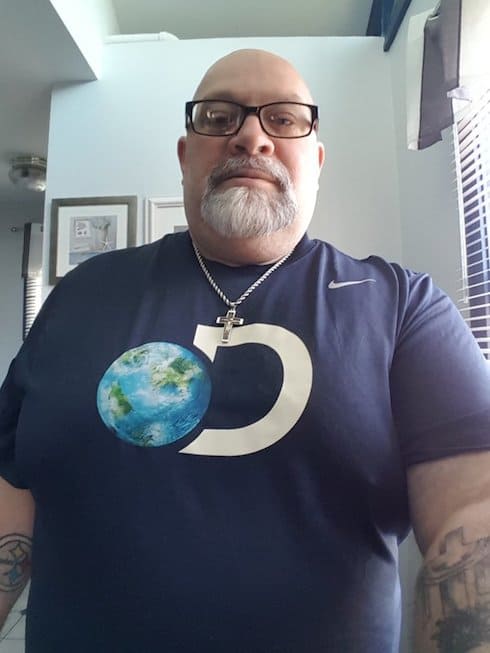 I built my first car when I was 16 years old. At 17, I started drag racing. I graduated from Woodrow Wilson High School in Youngstown, Ohio, in 1977. Ever since, I’ve been building cars. Cars have always been a passion of mine. I love the Chevy Nova; I currently drive a 1969 Nova as my streetcar. When drag racing, I pull out my 1968 Chevy Camaro. I love the Lord. I love my kids. I like to bowl, camp, and fish. I also love the Pittsburgh Steelers. 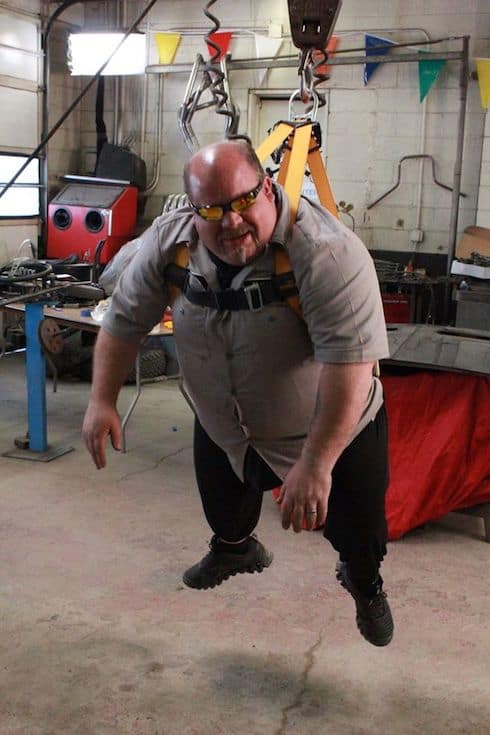 Chuck Kountz is the wiring guru of the shop and actually enjoys hunting down shorts and getting them snipped, stripped, twist and crimped! Chuck grew up around cars’ as his dad was a mechanic for 40+ years. He would hang around his dad and brothers helping with any projects they had going. Chuck was also a frequent attender of local drag strips for years with his neighbors Altered drag car. His favorite muscle car is a 66 GTO that he hopes to build soon! Chuck loves getting a laugh and bringing smiles to those around him. His passions lie in his faith, family, cars, (and some food) music and comedy! 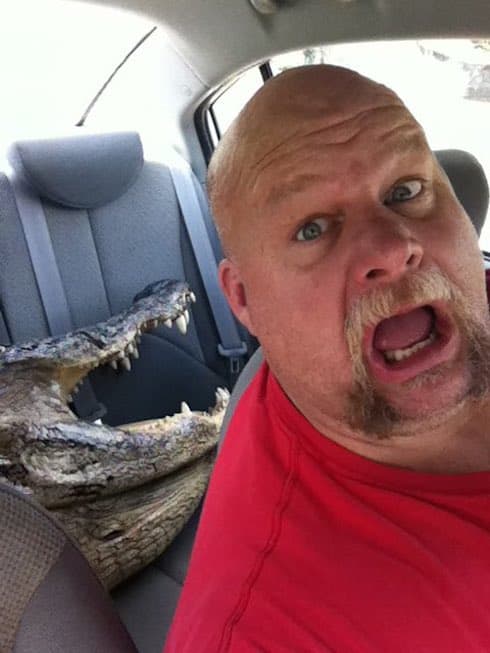 Steve McGranahan “the Muscle” aka WORLD’S STRONGEST REDNECK, keeps things lifted up around the shop. As a matter of fact Steve lifted his first car at 15, the back of a VW Rabbit. Having a human forklift for transmissions, rear ends and small block engines comes in handy. Steve may lift your heart as well. When he’s not helping with the heavy lifting at the shop, Steve does inspirational strongman shows for youth groups and churches. 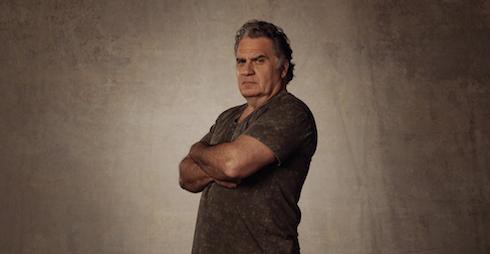 Andy Pivarnik (Andy, a true man of mystery, doesn’t have a bio on the Christmas Garage page, so his comes courtesy of Discovery)

If there’s a widow with an old Mustang or a shady character with a Corvette, Andy Pivarnik knows them. Andy is the resident deal maker of the team, able to find cars in the strangest of places.
If there were one word that best describes Andy it would be…well, strange. But despite all of Andy’s eccentricities, when it’s time to close the deal, there’s not a better negotiator in the Rust Belt.