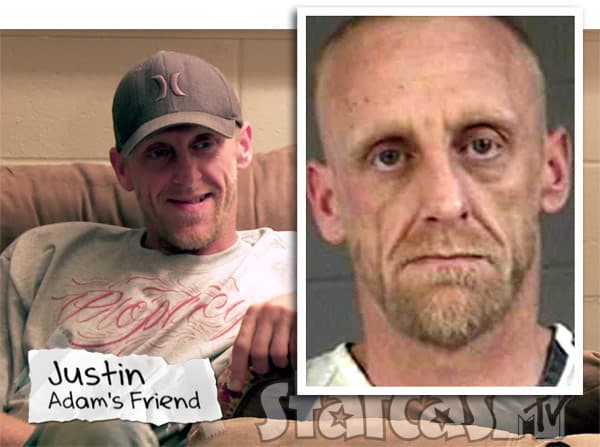 In our second Teen Mom 2 meth arrest story of the day, Adam Lind’s on-screen buddy Justin Anderson has been arrested in South Dakota and charged with meth possession after a police raid on a townhouse in search of a suspect in a double homicide.

Police have been searching for Manuel Jesus Frias and Maria Shantel LeClaire in connection to a shooting on Saturday that resulted in the deaths of Samuel Louis Crockett and Corey James Zephier. Police believed that the alleged shooter, Manuel Frias, might be hiding out at a townhome in southeastern Sioux Falls and they — along with a SWAT team — served a search warrant at the address on Wednesday. Frias was not at the location, but Justin and two others were. All three were detained and all three were later charged with crimes unrelated to the double homicide.

According to online records, Justin was on parole for multiple charges of marijuana distribution, including distribution to a minor. He received two sentences — one for five years, and the other for just under 15 years. Needless to say, it appears as though Justin is in a lot of trouble.

Amazingly, Justin foreshadowed his early 2018 incarceration with a Facebook post about what appears to be an unrelated incident that included someone stealing his underwear: 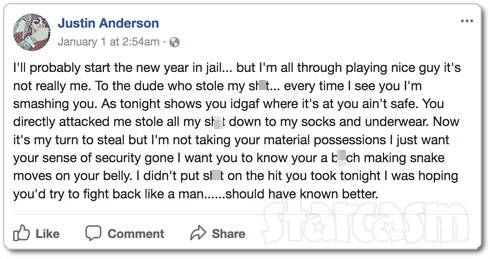 The post sparked some elevated discourse in the comments section between Justin and the alleged Justin Andersonderwear thief: 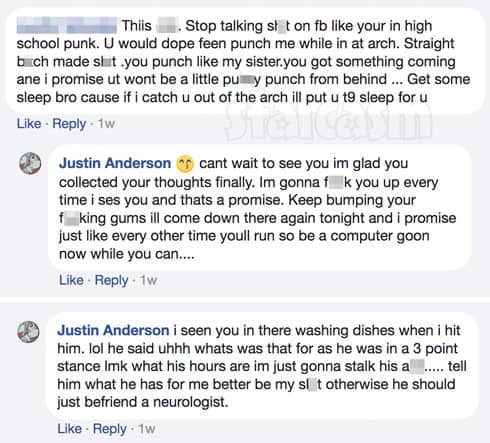 I had a hard time following.

Hopefully, that should do it for the Teen Mom 2 meth arrest stories for today! Hopefully.

PHOTOS Jenelle Evans out of rehab