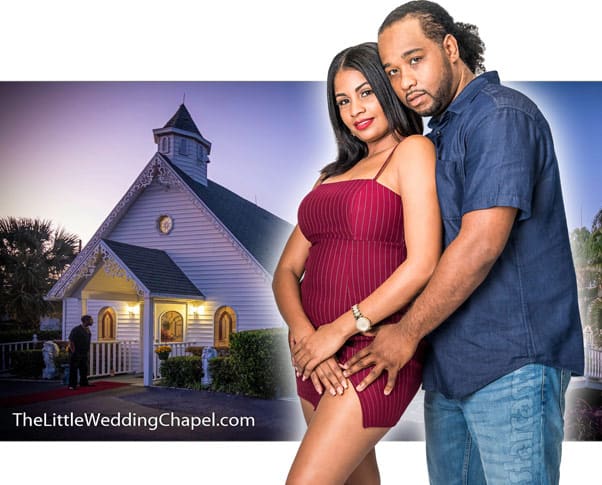 We’ve reported extensively on 90 Day Fiance star Robert Springs’ legal issues, including details on his previous arrests and eviction. One thing we didn’t have was any sort of official record indicating whether or not Robert and Anny actually got married — until now!

Soap Dirt managed to dig up a copy of the couple’s marriage license, filed in Orange County, Florida on August 12. The site reveals that Robert and Anny made it official by traveling up the road a bit to Eustis, Florida where they got married on September 21!

The couple opted to exchange their vows at The Little Wedding Chapel, which offers numerous budget-friendly wedding packages ranging in price from $380-$550. If Anny was able to convince Robert to splurge a bit, they might have opted for the “Elope With Elvis” package, which is either $350 or $450 more depending on how many songs you want.

We are an all-inclusive one stop intimate ceremony/reception destination in historic downtown Eustis, just 35 miles north of Orlando!

With a $380-$550 price point, every package is all-inclusive of photographer, minister, coordinator, music, use of two dressing rooms, fully decorated spaces, bouquets and boutonnières. Whether your choice is 0 guests or up to 50, our adorable Euro-inspired intimate Chapel and garden gazebo are the perfect setting for your private nuptials!

I checked the website and social media accounts for The Little Wedding chapel, but they did not post any photos from Robert and Anny’s ceremony. However, they did post the photo included in the background of the header image for this post on the same day as the wedding! “Picture perfect light for a wedding…” was the caption. (The chapel posted actual wedding photos from ceremonies on September 20 and September 23.)

Despite having five children with four different women, this was the first marriage for Robert. It was also the first time down the aisle for Anny.

So… CONGRATULATIONS Robert and Anny!

Confirmation that Robert and Anny got married means there are only two couples left from 90 Day Fiance Season 7 whose marital outcome is unsure. We’ve previously reported on the nuptials between Anna and Mursel as well as Michael and Juliana. Meanwhile, Jasmin and Syngin were both at the recent Couples Tell All taping in New York City, which would seem to confirm that they tied the knot and remain in the United States.

#90DayFiance Bryson's grandparents Ben & Stephanie have been rough on Robert's fiancée Anny, but they apparently have their own issues because Ben was arrested for domestic battery in 2016 after an altercation with Stephanie that included Bryson's mom! ? https://t.co/sTqQdPx6Sj

That just leaves Mike and Natalie plus Angela and Michael with question marks. We shared a recent post that provides quite a bit of evidence suggesting that Michael never actually made it to the United States, but that has not been confirmed yet.

As far as Mike and Natalie, I’m beginning to suspect that she never made it to the United States either. In the preview clips for the current season, we see Mike and Natalie doing an interview segment together when things get very emotional and he seemingly quits and walks off set. So that certainly teases some sort of break up.

90 Day Fiance preview teases can be extremely misleading, so I don’t have much confidence in stating the couple split based on that brief out-of-context scene. However, when I figure in Olga’s visa delay, plus Mike’s impromptu trip back to Ukraine (which seems like a production tactic to keep filming the couple), AND the lack of any evidence of Olga being in the United States (photos, comments, marriage license, etc.), I can’t help but start to think we are not getting a wedding for these two this season.

I could be wrong though, and the only way to find out is to keep tuning in for new episodes of 90 Day Fiance airing Sunday nights at 8/7c on TLC!

Are 90 Day Fiance’s Danielle and Mohamed still together?