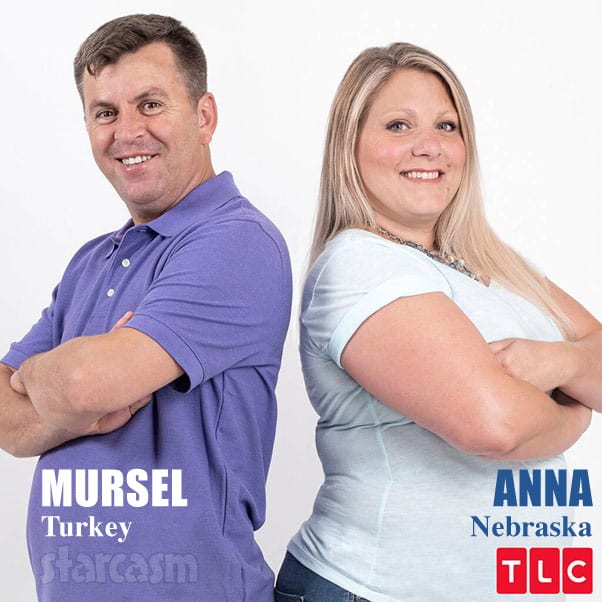 The brand new season of 90 Day Fiance is right around the corner, and we’re continuing to look into the new cast to find out more about them — including potential spoilers. Today we’re profiling Anna from Nebraska and her Turkish fiance Mursel.

After six seasons of 90 Day Fiance, and numerous other seasons of Before the 90 Days and The Other Way, I’ve learned not to get my hopes up too high about couples finding a happily ever after. But, I just couldn’t help it with Anna and Mursel! Beekeepers from Nebraska and Turkey meeting via the internet and falling in love?! And judging from the preview trailer, Mursel looks to be the very white and older Turkish version of Asuelu! Please, don’t break my heart TLC!

Speaking of TLC, we will kick things off with the network’s official bio for the couple:

As a full-time mom of three, Anna never thought she would find love again, and not on social media of all places. Mursel sent her a friend request after noticing their shared passion for beekeeping. Despite the language barrier, they began talking, often sending each other photos of their bees.

Anna finally took the plunge and traveled to Turkey to meet Mursel, and four months later he proposed to her on social media. Despite such a strong connection, there is a big secret in their relationship: Mursel’s family doesn’t know that Anna has three kids, as they don’t approve of having children out of wedlock.

So, did Anna and Mursel eventually get married? Or was Mursel forced to return to Turkey broken hearted?

Anna and Mursel got married just last month! According to court records, their marriage ceremony took place in Nebraska on September 8! WOO HOO! Or perhaps I should exclaim BEE HAW!

Anna and Mursel have been good about not posting photos together or giving away any info on social media, although Mursel does list Nebraska as his home on Facebook now.

As far as background on the couple, I do have some additional information.

Anna Campisi is from Bellevue, Nebraska. She is the owner and operator of Beauty and the Bees Honey, which sells honey as well as a wide array of honey and bees wax products. Anna can often be found at local farmers’ markets and other events — including the Bellevue Renaissance Fair: 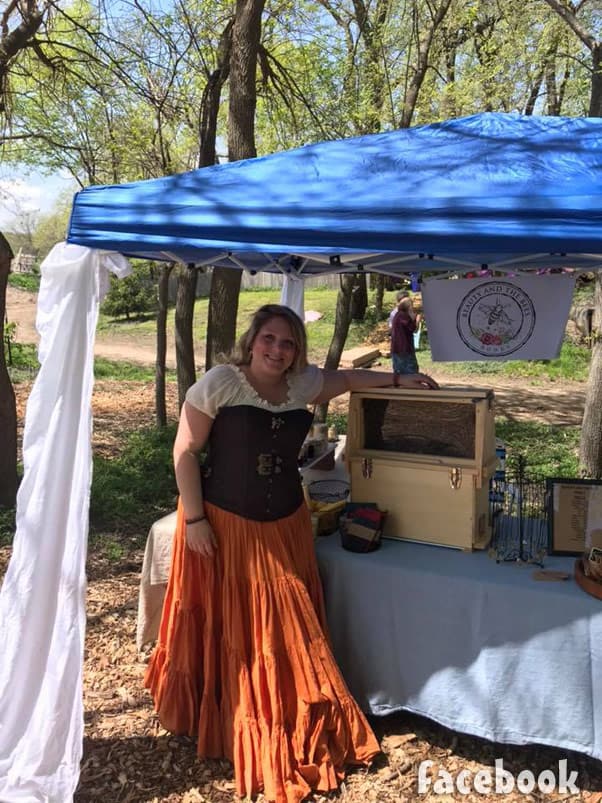 Despite her bio stating she has three children, Anna seems to only post photos and videos of her son Leo. I thought perhaps the father(s) of Anna’s other two children might have expressed disapproval of Anna appearing on the show, and that he also asked that she not post photos of them online. However, the lack of pictures goes back a few years — before Anna signed on for 90 Day Fiance. I assume this will be explained this season.

UPDATE – Anna’s three sons are featured prominently on the show. Their names and ages (at the time of filming) are: Joey (15), Gino (14) and Leo (6). Anna suggests that all three boys share the same dad, and he hasn’t really been involved in their lives fora couple years. Anna also reveals that her relationship with their dad was not a good one, and it was difficult getting out of it.

Anna’s family has a very tragic story as her dad was the first U.S. serviceman to die in the Persian Gulf War. Air Force Staff Sgt. John Francis Campisi was just 30 years old when he “was hit by a truck and killed Aug. 12–three weeks before his 31st birthday–on a darkened aircraft runway in Saudi Arabia, five days after the first U.S. troops set up operations in the country,” reported The Los Angeles Times in 1990. Anna was just nine years old.

Anna’s dad’s death took a larger toll on the family in the following years as John Campisi’s parents tried unsuccessfully to get more information about the accident that caused his death. “We want this mainly for our grandchildren,” Anna’s grandmother Margaret Campisi told the Los Angeles Times in a follow-up article about the family’s difficulty in getting answers. “I want them to know what happened. . . . We don’t want the grandchildren to think their father was some dummy, laying out, sleeping (on an airfield runway).” Click the LA Times link if you want to know more.

Watch the extended preview trailer for the new season of #90DayFiance! Plus, photos & bios for all 7 couples! [WARNING: Neck brace recommended due to inevitable excessive head shaking.] https://t.co/ULuaha5XMz pic.twitter.com/SOqDZvIFHf

As far as Mursel, it’s often difficult to find any background info on cast members from other countries — and he is no exception. Mursel’s Facebook page indicates that he is from Antalya, Turkey. It also reveals that Mursel “studied at California State University, Northridge.” It’s unclear if that means he came to the United States, or if it was an online and/or correspondence program.

Here are some social media links for Anna and Mursel, including Anna’s beesiness:

I’m really nervous because I not only want Mursel and Anna to work out, but I also want to like them both. The current seasons of Before the 90 Days and The Other Way have broken fans’ hearts in so many ways! (Damn you Sumit!) I want all of us to have a reason to unite as a ?hive and be able to genuinely pull for #Mursanna!

To watch how Anna and Mursel’s story unfolds, be sure to tune in for the 90 Day Fiance Season 7 Premiere on Sunday, November 3 at 8/7c on TLC!