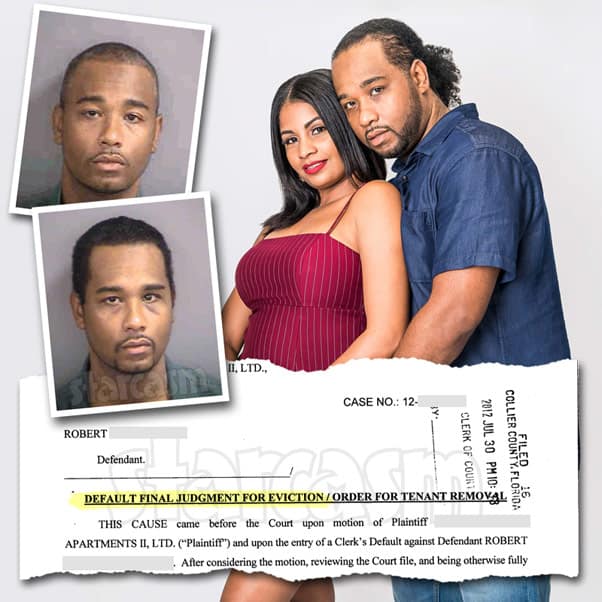 90 Day Fiance Season 7 couple Robert Springs and Anny already have folks talking thanks to Robert’s bold swagger in the preview trailer. The Brooklyn-born Floridian fell for his Dominican hottie online, and the two met in person for the first time when Robert was able to visit the Dominican Republic while on a cruise. They were together only eight hours before Robert proposed. Making the relationship more complicated is the fact that Robert has a son who almost five.

DOES ROBERT HAVE MORE THAN ONE KID?

Judging from Robert’s social media posts over the years, it appears as though he has two other children — a boy and a girl. Both of them are older than his son Bryson. Robert posed for numerous photos with his two oldest kids for years, but those almost completely dried up just a few years ago. The most recent photo of Robert together with his two older kids that I could find online was posted in December of 2016.

According to court records, the children’s mother filed for child support on May 11, 2015. On April 8, 2016, the Final Judgment on Petition for Enforcement of Administrative Order was filed.

In September of 2016, Robert filed a petition in family court, and a mediation agreement was reached on December 28, 2016. It’s unclear what the filing was pertaining to, but I am guessing it was likely in regards to the amount of child support.

UPDATE – It seems we were barely scratching the surface on the number of kids and the number of baby mamas that Robert has! Click here for more info!

In addition to Robert’s issues with the mother of his older children, he also had problems with Bryson’s mother. And they look to be MUCH worse!

A domestic violence with children case was filed on June 6, 2016 with Robert listed as the petitioner and Bryson’s mother as the respondent. Bryson’s mom was later arrested for domestic battery and battery on a police officer in November of 2016. Robert was named as a witness in the case, but I was unable to access the original complaint to find out if he was the victim.

UPDATE – I have obtained the police report from the incident, and Robert was indeed the victim. Here is the narrative from the arresting officer, with the name “Susan” substituted for the defendant’s name:

On November 20, 2016, I, Deputy Henry responded to **** ****** **** Road Apartment number *** in reference to a domestic battery. Upon my arrival I met with (victim 1) Robert who stated the following information verbally. On November 20, 2016, Robert and his girlfriend later identified as (defendant 1) Susan got into an argument about her not being allowed into his bedroom. At this point Susan got upset and barged into his room and started pushing him. Robert stated he then tried to restrain Susan but she continued to try and push on him. Susan then began to grab random items throughout the house and throw them on the ground making a mess of the home. Robert refused to write a statement and take any pictures. While speaking with Robert I did not see any noticeable injuries on his person. I then tried to speak with Susan but she would not speak with me and continued to walk around the house throwing boxes. At this point Susan grabbed a box of Christmas supplies and started stomping on top of the box while screaming profane language. I asked Susan to stop what she was doing three times but she refused. At this point I was standing in the middle of an open living room when Susan deliberately charged into me. I then grabbed Susan by her arms and placed her in my agency issued handcuffs with the proper spacing. While walking Susan down the stairs to my patrol vehicle Susan began to kick and scream trying to stop my efforts of getting her into the vehicle. Eventually I was able to get her in the vehicle. Susan was placed under arrest for battery domestic and battery on a law enforcement officer. Susan was transferred to Orange County Booking and Releasing Center without further incident.

On a side note, Bryson looks to be quite the charmer and is sure to be another fan favorite this season! 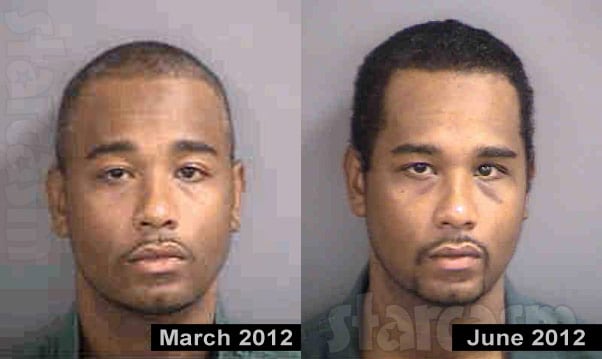 Well before all of the baby mama drama, Robert was having legal and financial issues. He was arrested twice in 2012 for driving with a suspended license.

His first arrest was in March. According to the police report from the incident, Robert was pulled over after an officer ran his plates and they came back as expired. Robert was registered as the owner of the vehicle, and records indicated his license was suspended on November 28, 2011.

Robert was awaiting his court date when he was pulled over again on June 3. From the police report:

During the initial contact. I asked Robert for his driver’s license. Robert looked at me as if he was puzzled by my question and it appeared that he was thinking of an answer. I then explained to Robert the reason why I stopped him was because his driving privileges have been suspended. Robert explained his license was initially suspended for failure to pay traffic fines. Robert stated he does not have a license because the last time he was pulled over he was arrested for driving while license suspended and his license was surrendered.

In addition to his legal troubles, Robert was also experiencing some financial issues in 2012. According to court records, he was named in three different eviction proceedings that year from the same apartment complex. He was able to settle the first two and remain in his apartment, but the third one was unfortunately at the same time as his second arrest.

Here is Robert’s letter to the judge in the case: 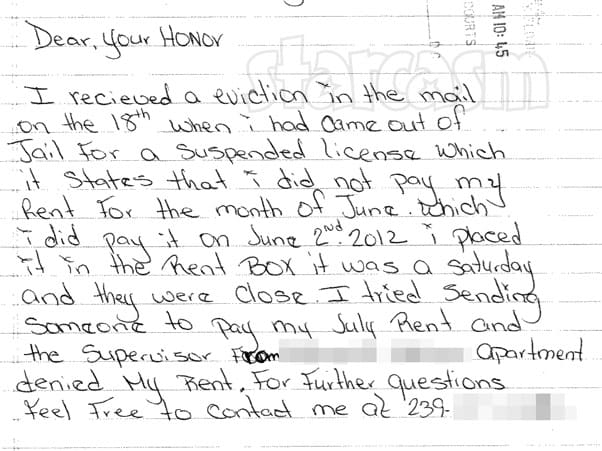 The letter wasn’t enough to persuade the judge to side with Robert and a Writ Of Possession was issued on July 31, 2012.

Robert was named in another eviction filing at another apartment complex in 2014. He and his landlord were able to work things out and a Notice of Voluntary Dismissal was filed six weeks later. 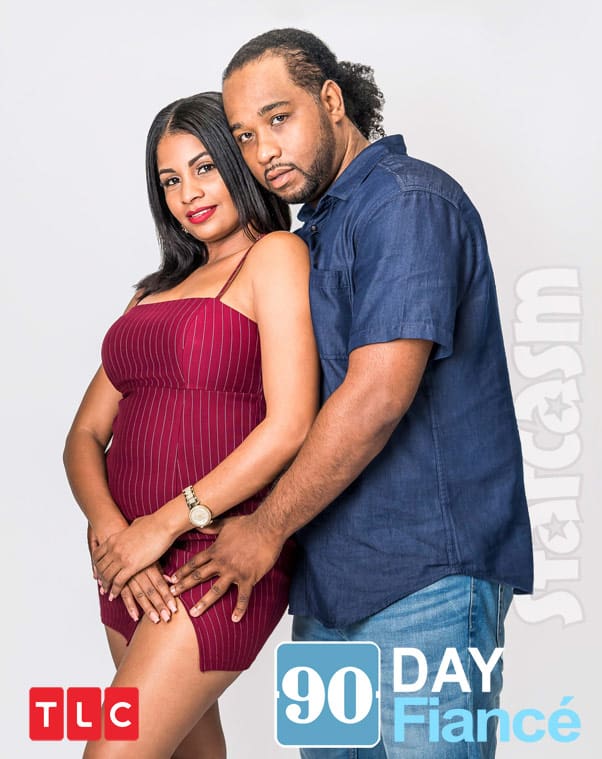 As far as Robert and Anny spoilers, I don’t really have much for you. It doesn’t appear that they are still together in Florida, but their posts have been a bit scarce and vague, so I cannot be certain. If they don’t end up getting married, they would be only the second couple in the history of the show to not tie the knot. The other couple would, of course, be Nicole and Azan. (Steven and Olga did not get married during their season, but they did eventually make it official after Olga’s K-1 visa was approved.)

I assume the high marriage conversion rate on the show has a lot to do with the fact that all of the couples cast for the show have already been approved for a K-1 visa, and that process can be quite pricey. Speaking of that, I will certainly be curious to find out how Robert was able to swing it!

In contrast, getting a divorce isn’t that costly. As a result, fans seen quite a few of those — especially over the last few seasons.

I do have a Facebook relationship timeline for Robert and Anny. According to Robert’s profile, they made their relationship official on November 1, 2017. He posted that they got engaged on February 2, 2018, but he would later post another engagement announcement on August 2, 2018.

It appears as though Robert was in Puerta Plata in the Dominican Republic in late May, early June of 2018. I assume that is when the ringless proposal mentioned in his TLC bio happened. It’s unclear when Anny made her trip to the United States.

Stay tuned for more 90 Day Fiance Season 7 cast evuhdense binders — I promise the next one will be less messy!

Watch the extended preview trailer for the new season of #90DayFiance! Plus, photos & bios for all 7 couples! [WARNING: Neck brace recommended due to inevitable excessive head shaking.] https://t.co/ULuaha5XMz pic.twitter.com/SOqDZvIFHf

TLC to air 90 Day Fiance spin-off After the 90 Days, scripted show from Tyler Perry, and more!

90 Day Fiance spoiler: Did Loren and Alexei get married?