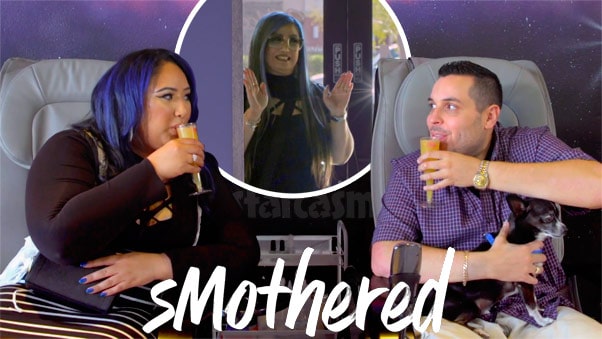 TLC’s sMothered is back for a second season, and viewers will get to pick up where they left off with the awkward love triangle consisting of Jason, Angelica, and Angelica’s mom Sunhe. Last season Jason finally gave Angelica a diamond ring after dating for years, but it wasn’t an official proposal due to one small hang up: he was still married.

The second season of sMothered kicks off with the pressure mounting against Jason to get the divorce done — pressure from Angelica as well as Sunhe. During the premiere episode, Sunhe crashes Jason and Angelica’s pedicure date, just before Jason makes the big reveal that the divorce papers had been filed!

So what’s the deal? Did Jason FINALLY get his divorce from Viviana?

The answer is YES!

According to court documents, the couple filed for a joint petition for a summary decree of divorce on September 17, 2019. The divorce was uncontested without children, so it went through VERY quickly. The final divorce decree was issued two days later on September 19!

Here are some interesting tidbits of information from the divorce filing:

• Jason and Viviana actually signed the documents on August 28, and this will probably be what was filmed.

• Jason and Viviana share no children, either by birth or adoption.

• There was no community property or community debt to divide.

• Neither Jason nor Viviana will receive alimony.

• Jason and Viviana did provide the same current address for the filing.

• Angelica’s mom Sunhe served as the resident witness, which essentially means that she signed a form stating that Jason had been a resident of Nevada for at least six weeks. 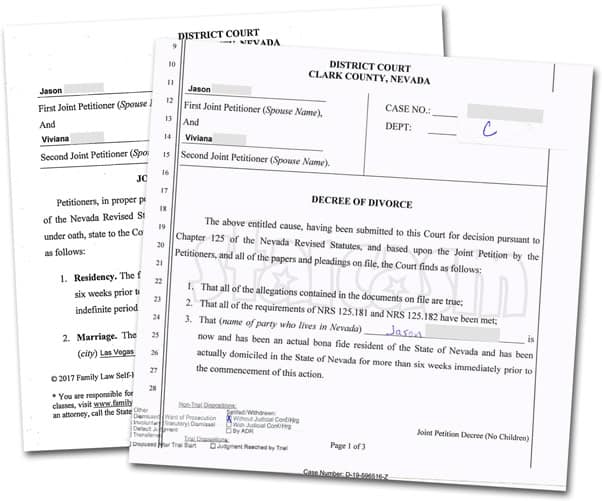 ARE JASON AND ANGELICA MARRIED?

Given that Jason did follow through on getting his divorce, that leads us to the next big question: Did he and Angelica get married?

Unfortunately, I do not have a definitive answer for you. I can tell you that the couple has not filed for a marriage license in their home county.

Normally I wouldn’t put to much weight on that because couples often travel out of their home county to get married. However, given the fact that Jason and Angelica live in Las Vegas, I find it very unlikely that they would want to leave Clark county to get married. It does remain a possibility, though, so I cannot state for sure that they have yet to tie the knot.

To watch how all the divorce drama plays out, and probably a lot of wedding planning drama, be sure to tune in to sMothered Season 2, which premieres on Sunday, May 24 at 10/9c on TLC!

#sMothered is back! Watch the preview trailer for Season 2 of @TLC's headline-grabbing reality series featuring mother/daughter duos with relationships completely devoid of social distancing. 😬 Plus, photos & bios for all 6 duos! https://t.co/RpI4pHoaHx pic.twitter.com/Dm0tPpoaGu

90 DAY FIANCE Anna and Mursel spoilers: Did they get married?