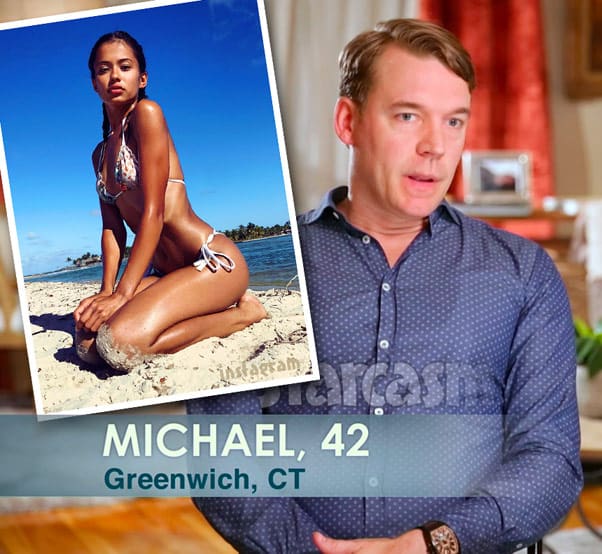 The seventh season of TLC’s reality series and cultural phenomenon 90 Day Fiance has just begun and we’re getting lots of spoilers for the couples featured on the show! The latest bit of tea is on winetrepreneur Michael Jessen and his much younger Brazilian model fiancée Juliana Custodio. So, do Michael and Julian walk down the aisle, or does she return home still a single woman after the 90 days?

Judging from numerous photos posted online over the past couple of weeks, Michael and Juliana DEFINITELY DO walk down the aisle together! The two were married during a beautiful ceremony in Greenwich, Connecticut in October!

Michael was a handsome groom in his tuxedo, but I don’t think there is any doubt in anyone’s mind that the trio of youngsters Juliana, Max and CeCe stole the show! Here are some photos from Michael and Juliana’s wedding: 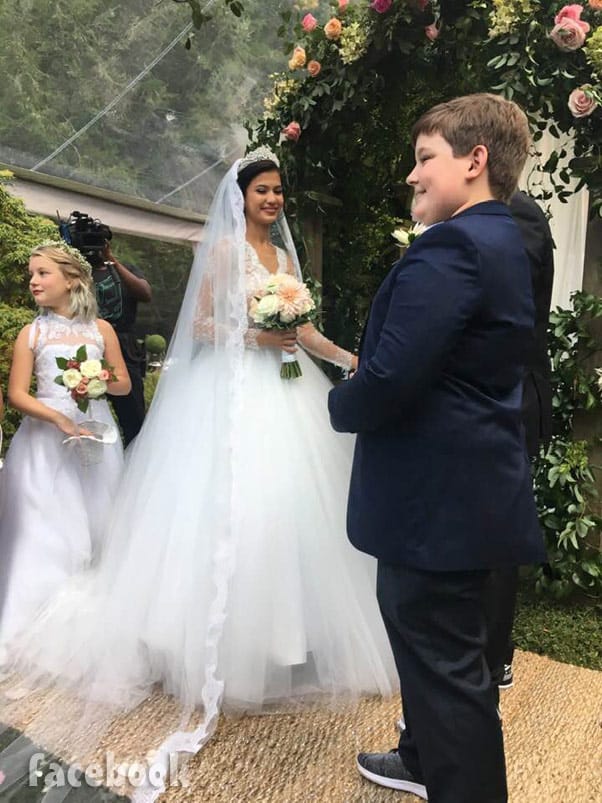 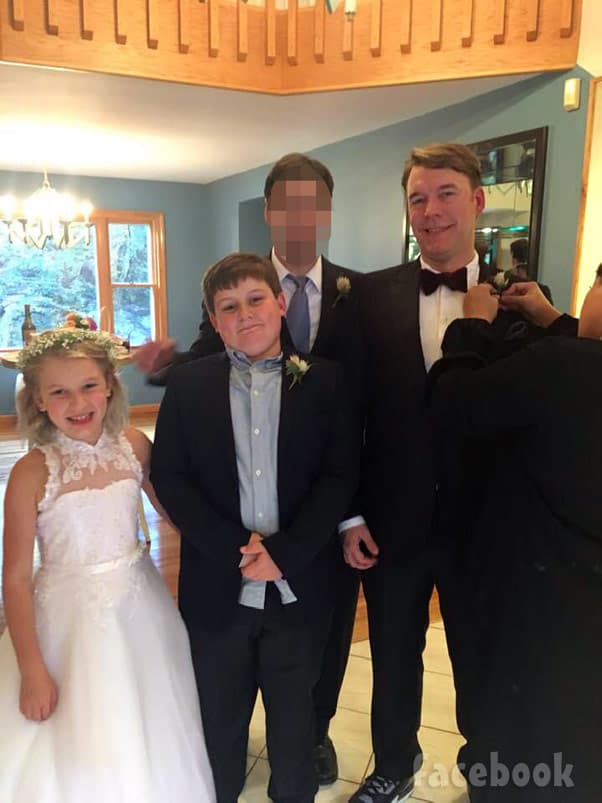 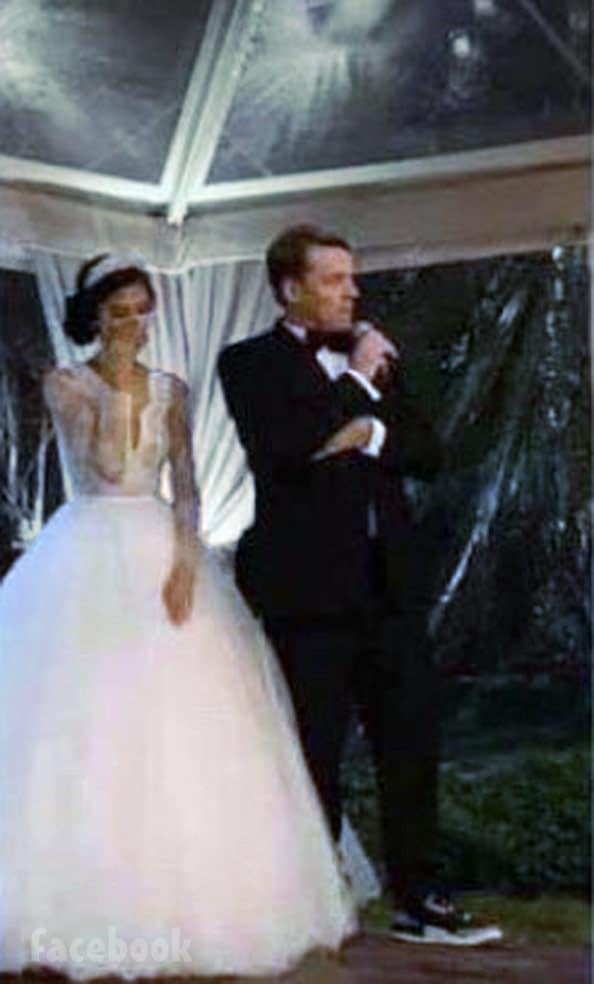 Yes, it does appears though Michael wore sneakers.

The timing of the wedding seems to line up perfectly with information Michael shared about Juliana’s visa earlier this year. He posted in mid-July that Juliana’s K-1 visa was just approved. It’s unclear when she came to the United States, but I assume it was shortly thereafter — which would mean that 90 days later would fall in October.

I do want to clarify that even though we have the wedding photos (and also photos of Juliana wearing her wedding band after the fact), that still isn’t proof that the two officially got married. Unfortunately, their county in Connecticut is a little difficult as far as researching recent marriage records, but I am guessing that the marriage license and certificate will surface soon.

If you’re curious what Michael’s ex-wife (and Max and CeCe’s mother) Sarah thought about the couple following through on their wedding plans, she apparently approved whole-heartedly! According to one source, she was actually the person who married the two of them! Here’s a screen cap of the Facebook post shared by Instagrammer @187anonymousgossip: 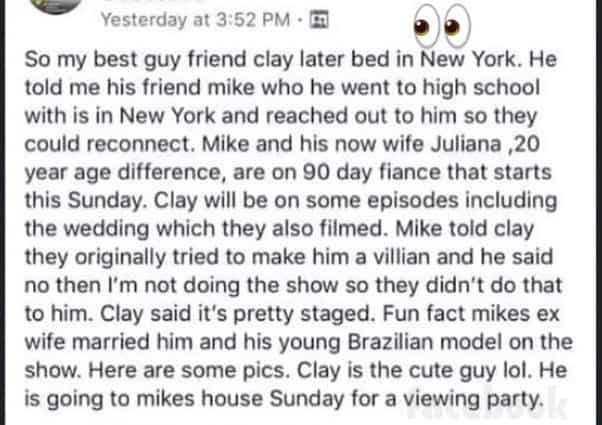 And a group photo that includes Sarah: 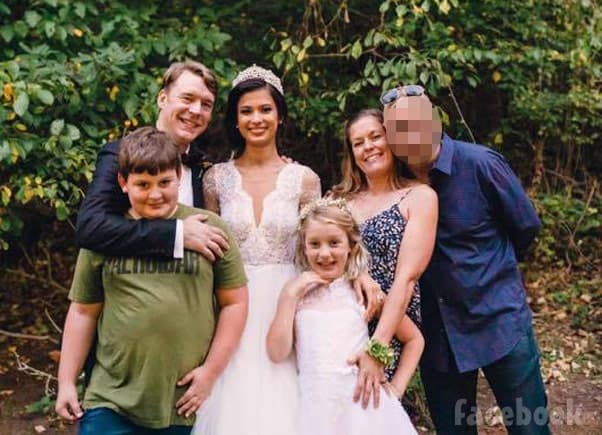 It seems VERY clear early on that it was TLC’s intention to paint Michael as a major heel, so I will be interested to see if the comment on the photo above plays out and he actually gets a positive (or at least not negative) edit.

Unfortunately for Michael, it seems the major age difference combined with the viral “No, she’s not a prostitute” line from the preview trailer have fans piling on him already. Personally, I’m still pulling for him and Juliana.

Sure, it’s kind of a played out and tired trope with a divorced dad looking overseas to find a much younger wannabe model bride, but these two seem to genuinely enjoy each other (unlike many of the other couples on the various incarnations of 90 Day Fiance), so why not wish them happiness? Plus, Season 6 was just so toxic with so many cast members that turned out to be impossible to root for, that I am hoping for several happily ever afters this year! (No offense to Kalani, Asuelu, Stephen, and Olga — who I am certainly still pulling for.)

Yes, Michael trying to not be douchey was incredibly douchey and cringey, but I’m not getting many “bad guy” vibes from him at all. The fact that Michael appears to have a healthy relationship with his ex combined with his children being incredibly bright, funny, and respectful seems like a pretty good indicator that he isn’t a really bad guy. #FingersCrossed

Speaking of whether or not Michael is a bad guy, he shared a fascinating Facebook post earlier this year in which he revealed that TLC (and/or show producers) did a background check on him that included a rough sketch of his social media presence. Here is Michael’s post:

I recently had a background check done on me for an interesting project that I am not currently at liberty to disclose the details of (more news to come!!)…. Here is the summary of my social media presence…. I think it pretty much sums it up, although it fails to mention that I am very diligent about wishing my FB friends a happy birthday when alerted….

“{Social Media} Summary: Michael Jessen is a wine importer & distributer and the owner of MJAG LLC, based in Greenwich, Connecticut. Jessen has a relatively small media presence. He mostly posts about fine wine, sports, and his favorite musicians, including Frank Zappa, Skip James and John Hurt. His key findings consist of some potentially controversial political posts, regarding President Donald Trump and Associate Justice Brett Kavanaugh.”

Beekeepers Anna and Mursel still have my heart so far this season, but I’ll be the first to confess that I would probably enjoy watching episodes with Michael while drinking expensive wine, talking about Delta blues musicians, and listening to Max and CeCe make fart jokes.

To see how producers actually edit Michael this season, be sure to tune in for new episodes of 90 Day Fiance airing Sunday nights at 8/7c on TLC! Oh, and CONGRATULATIONS Michael and Juliana!