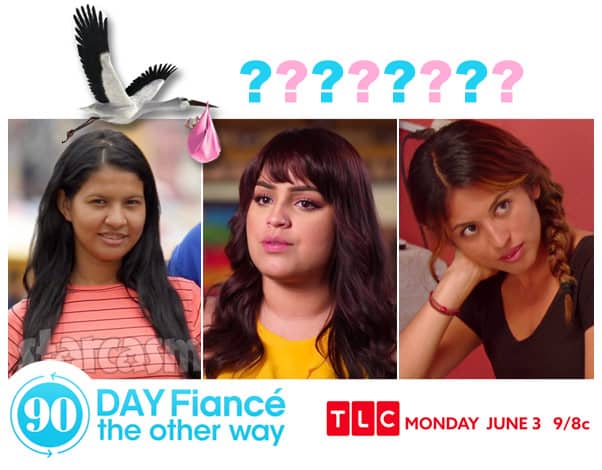 Last week, TLC shared the first preview trailer for their new reality series 90 Day Fiance: The Other Way, including brief bios for all the couples. In the trailer and the bios it is revealed that 22-year-old Deavan from Salt Lake City is pregnant, and we already know that Karine Staehle is heading into the season carrying her first child. But, there’s at least one other pregnancy to reveal!

Could it be that Karine is expecting her second child? ? Or is it Tiffany or Evelin?

In case I need to mention it again, HUGE SPOILERS AHEAD!

UPDATE – Once it was confirmed that Tiffany was pregnant (and later gave birth), I updated the headline to include the “spoiler.”

We’ve been sharing spoiler posts about the couples, which are mostly about whether or not the couples followed through on their plans to get married, as well as some additional background photos and biographical info. One of the couples we profiled is 27-year-old Tiffany from Frederick, Maryland and her 29-year-old fiance Ronald from South Africa.

Ronald reportedly has a gambling addiction and a criminal history, but that didn’t prevent the two lovebirds from getting married in South Africa on October 20. And it may just be that it was a shotgun wedding, because Tiffany is currently pregnant! 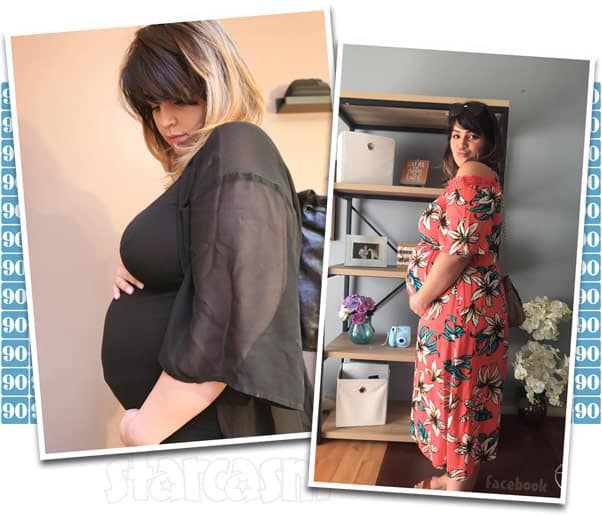 It appears as though Tiffany made the announcement to her family back in early January, or at least that is the earliest reference I could find. In a photo of Tiffany showing off her sizable baby bump posted on April 9, it is revealed that she is 7 months pregnant. It’s not too complicated to do the math and realize that would mean Tiffany conceived back in early September — more than a month before the wedding.

There’s a video online showing the moments that Tiffany and Ronald revealed to her 8-year-old son Daniel that he was going to be a big brother, and Daniel was so excited he started to cry. (Daniel is a real cutie, and will undoubtedly be a fan favorite this season.)

So, will Daniel be getting a little brother or a little sister? We’ve got that answer for you too! Tiffany is pregnant with a girl, and they plan to name her Carly Rose.

Judging from the preview trailer and the TLC bio, it looks like they are really going to try to paint Ronald in an unfavorable light. Just know ahead of time that it won’t matter, because in the end, he got his girl! And a boy, and another girl!

Congratulations to Tiffany and Ronald and Daniel — I cannot wait to meet them and watch their story when 90 Day Fiance: The Other Way premieres Monday, June 3 at 9/8c on TLC.