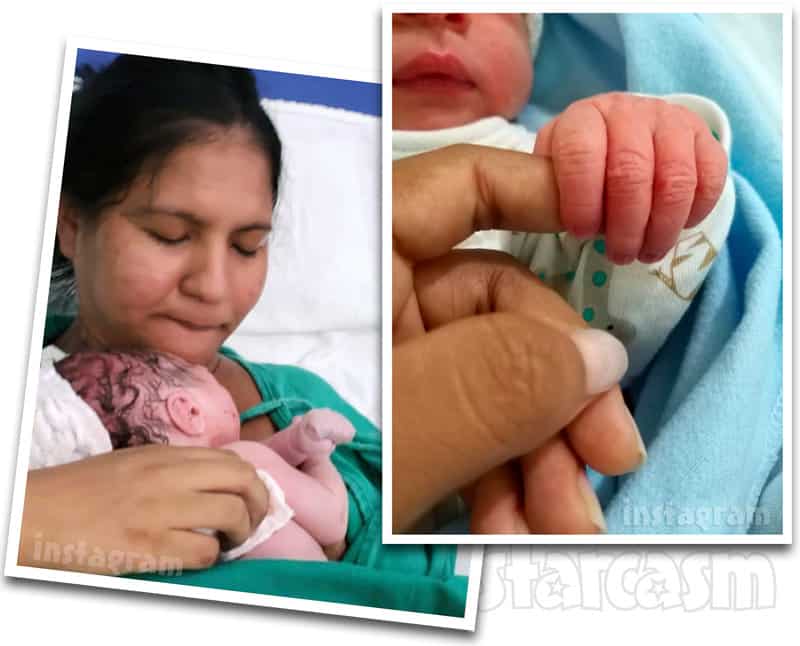 Congratulations to 90 Day Fiance: Before the 90 Days stars Karine and Paul Staehle as they have welcomed their son Pierre!

Pierre Martins Staehle was born on Friday, March 22 in Manaus, Brazil. Pierre weighed 6.9lbs, and measured 19.7 inches long when he was born at 3:20pm.

A new #90DayFiance baby! ?Paul and Karine have welcomed their baby boy. Visit TLCme.com for all the details.

“I am fine, and happy, even with the hard time I have had,” new mom Karine revealed to TLC. “And I am recovering well, but I am still very weak. It was super hard, but now everything is fine because the baby is calm and he is breastfeeding well.”

Proud pop Paul also spoke with TLC. “I’m very happy, very excited,” he says. “I’m also very nervous and want to do everything the best that I can and do everything right. Everyone keeps asking how it feels to be a dad. Anyone can make a baby, but going through the day-to-day process of being a father is going to be a new experience. I’m very happy, very honored and very privileged and I want to make sure I do my absolute best for Pierre.”

After the official announcement was made via the TLCme website, Paul took to Facebook to share more details about Pierre’s birth, as well as Pierre’s and Karine’s conditions after:

Now that the official announcement has been made finally. We are allowed to post updates with out breaking any contracts. Karine began severe pains Wednesday. Started dilating Thursday and was admitted into the hospital Thursday. Pierre was born Friday. But we were instructed to keep everything secret. Only one person is allowed to be with her. Her mother is by her side. She was in severe pain as of Thursday. Labor took much longer than expected. Karine was given absolutely no pain medications. Even when they performed a Episiotomy. She is a strong woman.

Pierre unfortunately is still hospitalized and is receiving treatment for jaundice. We are not sure how long Karine Staehle will be hospitalized with Pierre. She is healing well. Pierre hopefully will begin to gain strength. They have added an additional light for his light therapy. Per our NDA we all were not allowed to discuss anything until this point. Now the official article is released we are allowed to post updates. We apologize for leaving everyone in the dark. And having to bend truths and all of us lie on some things to protect our NDA. Our NDA is still in effect from Before the 90 Days season 2. They have right to all major life occurrences. Obviously this is a major occurrence. Karine will begin posting baby pictures. 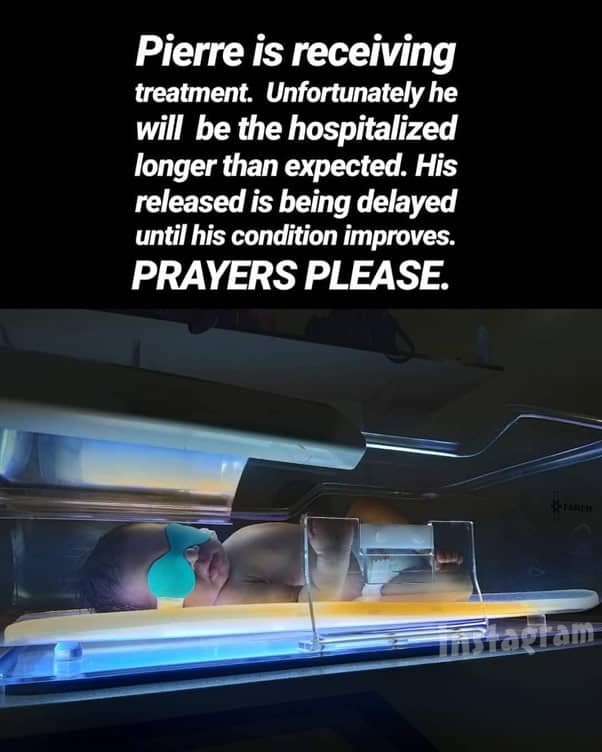 It seems that Paul may have jumped the gun a bit as he later removed his posts and shared this update on Facebook and Instagram:

I apologize. I apparently just violated our NDA and have been instructed to remove updates and no longer post. I truely [sic] apologize to leave everyone in the dark.

Paul mentions in his lengthy Facebook statement that Pierre was born on Friday, but he adds that he was not allowed to reveal that fact publicly. That resulted in him “having to bend truths” and “lie on some things to protect our NDA.” Paul is referencing conversations with multiple 90 Day Fiance social media accounts over the weekend in which he shared false information about Pierre’s well being in order to cover up the fact that he had already been born.

Paul’s bent truths included Karine being in labor for more than four days and saying that “Pierre might not make it.” It’s unclear why Paul felt like he had to respond at all, instead of just remaining quiet.

Instagram user @talker_of_sh*ts_ conversed with Paul over the weekend. “Paul spent a lot of time telling me some verrrry disturbing lies,” the account posted just after Pierre’s birth was officially announced. “I assured him our convo was private, but that was prior to my kindness & concern being taken advantage of. So I am going to share what he said.”

The promised update was delivered shortly thereafter in the form of a gallery of screen caps from their conversation. In addition to stating “Pierre might not make it,” Paul also said that he and Karine were fighting again and that she wanted a divorce. There was also quite a bit of discussion about Karine’s mom reportedly spilling the beans about Pierre’s birth on Friday, as well as Paul talking about a potential issue with Pierre getting a birth certificate.

OH, PAULOCCHIO! Why you gotta lieeee why you gotta lieeee ??‍♀️ Apparently, Paul is spending more time lying to fan accounts like me & John Yates @johnyates327 (if you go to his page you’ll see more BS) than paying attention to his wife & new baby. Praying for Karine & baby Pierre!

I am not happy. Only her mother is allowed back right now. Only one person is allowed back. And if and when he is born. They are not sure how to draft the birth certificate. Since Karine is Brazilian and I am American they will not accept a USA passport as an ID when we checked in. So there is a possibility he will leave undocumented with no birth certificate. What kind of craziness. So yes I am a tad stressed out. Apparently if two Americans had an international birth in Brazil they have to get something somehow. But no birth certificate no CPF no SSN no passports no IDs so yes this hospital administration over the document I need to get everything once he is born and released is not issuing since I have no Brazil Federal Residency or Citizenship. But if we get them to just to have Karine on it. Then no USA citizenship or benefits. Unless I assume a DNA test I would hope would freaking resolve. I am on edge.

Despite Paul somehow managing to turn the news about the birth of their son into social media poop water, we’re glad to hear that Pierre has arrived and it appears as though his medical issues are not extreme. We’re also glad to hear that Karine is doing well. We were one of the thousands following along over the weekend, and we believed Paul’s story that she was in labor for more than four days with severe complications.

We hope to meet Pierre on TLC at some point. It is believed that Paul and Karine are filming again, although it is unclear for what show. It does not appear to be 90 Day Fiance: Happily Ever After, and the fact that they are already married would seem to eliminate the potential of a return to Before the 90 Days. That would leave the new spin-off 90 Day Fiance: The Other Way, which doesn’t seem like a good fit given that the couple is reportedly wanting to relocate to the United States. (Karine has reportedly already gotten her visa.)

The only other option that I am aware of would be 90 Day Fiance: What Now? I assume we will know which (if any) show soon, so stay tuned.