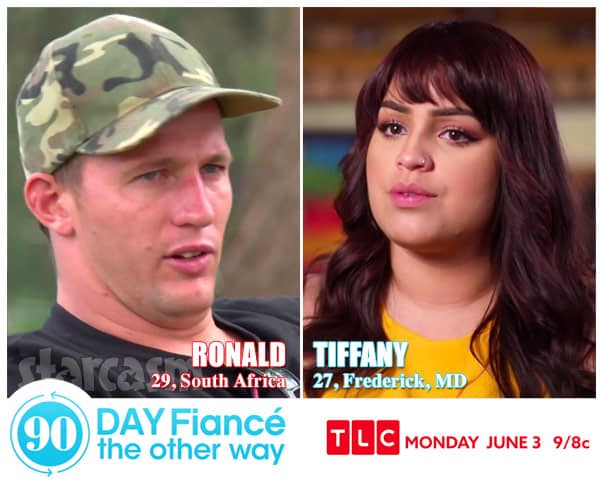 TLC released the very first preview trailer for their new series 90 Day Fiance: The Other Way earlier today. The nearly three-minute clip introduces viewers to the five new couples featured on the show, and all of the relationships seem to have HUGE question marks hanging over them. That is certainly the case for 27-year-old Tiffany from Frederick, Maryland and her 29-year-old South African fiance Ronald!

“It’s not just me deciding if I can live in South Africa,” Tiffany explains in the clip. “It’s also my son Daniel.” Tiffany is later seen telling Ronald that he f**ked up before revealing in her interview: “I just can’t shake the feeling that there is something that I still don’t know about Ronald.”

In the couple’s bio from TLC it is revealed that Ronald has a gambling addiction and a criminal record. “Since Ronald came clean and entered a rehab program, Tiffany needs to decide if she will uproot her eight-year-old son Daniel to move across the world for him, in spite of her hunch that she still doesn’t know everything about his dark past,” the bio concludes.

So, what’s the verdict? Did Tiffany and Ronald get married?

The couple got married on October 20. There are lots of wedding photos online, and they include Tiffany’s eight-year-old son Daniel: 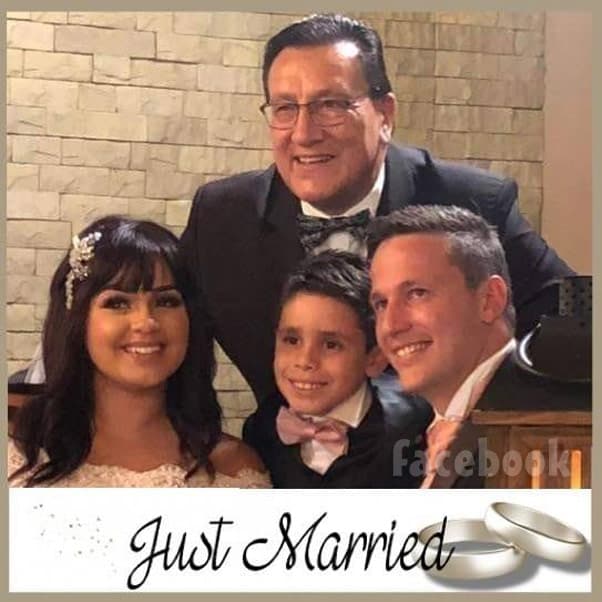 As recently as last month the two were exchanging I love yous, so I assume they are still on track for a happily ever after.

UPDATE – CLICK HERE FOR AN ADDITIONAL HUGE SPOILER FOR TIFFANY AND RONALD!

You can watch Tiffany and Ronald’s story unfold when 90 Day Fiance: The Other Way premieres on Monday, June 3 at 9/8c on TLC!