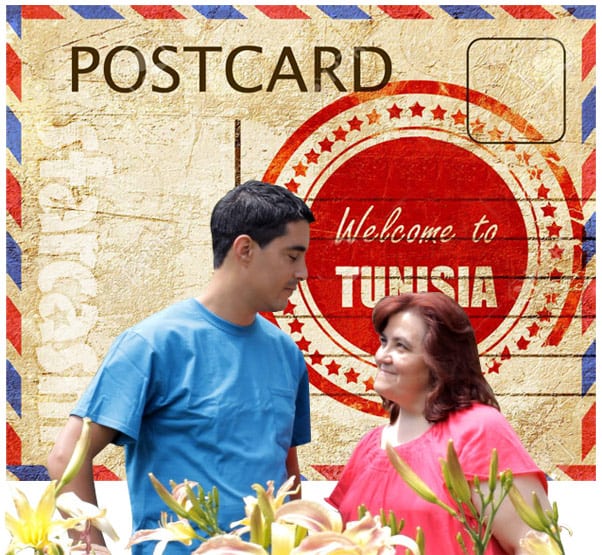 It has been almost a year since TLC announced they would be flipping the lack of script with a new 90 Day Fiance spin-off series titled 90 Day Fiance: The Other Way documenting Americans looking to move abroad for love. Fans excited about the new concept will not need to wait much longer, however, as the network has just confirmed the new series will premiere in June!

The announcement came as part of of a press release promoting Discovery Inc.’s upfront presentation this week in New York City. Here’s the blurb about the show from the press release:

Viewers are familiar with the premise of hit 90 Day Fiancé, when an American brings their partner from abroad and has only 90 days to marry them or have their partner leave the country. But in this new spinoff series, they’ll find out what happens when love flows in the opposite direction. A collection of Americans make the ultimate sacrifice and move across the globe for the person they love. Leaving their American comforts for vastly different ways of life leads to major culture shock, as they experience the challenges of relocating for their international love affairs. Will uprooting their lives in the United States pay off or will it be the biggest mistake of their lives?

It is believed that The Other Way will include at least one couple that viewers are already familiar with, but that has not been officially confirmed. The most likely couple would be Karine and Paul Staehle, who just welcomed their first child together in Brazil. Paul and Karine have talked repeatedly about moving back to the United States, but it’s unclear how their decision might have been impacted if TLC gave them an ultimatum saying that if they moved to the U.S., then they wouldn’t be able to include them on a show.

Karine recently got her visa approved, and it seemed as though the two were headed to Kentucky. But, Karine remained in Brazil until the birth of their son Pierre, and recently Paul posted about his mom coming to visit them there. That certainly doesn’t sound like they plan to move to the U.S.

Plus, Paul’s mom Mary visiting Brazil (with protective gear and baggie of hair in tow) certainly sounds like some great reality TV potential! Mary traveling up the Amazon to visit Karine and her family in her home village would be pure gold! It would almost be like reliving Paul’s initial epic and unforgettable journey.

TLC will be front and center at the Discovery Inc. upfront this year. The network has been identified as a top priority among the company’s 17 networks by ad sales chief, Jon Steinlauf, who singled out Investigation Discovery at the previous event. From AdWeek:

During last year’s talks, Steinlauf secured big increases for ID, which he told Adweek had been his “No. 1 priority.” This year, he’s shifted his focus to TLC, which he said has the same “perception issues” that ID did last year.

“I’m the kind of sales leader who believes that the networks on the rise are the ones we want to focus on as an organization,” said Steinlauf. With 17 networks in his portfolio, “you can’t think about them all in the same way.”

With shows like Dr. Pimple Popper, which helped TLC became the No. 1 cable network on Thursdays among women 25-54, the 90 Day Fiancé franchise, the Trading Spaces revival and I Am Jazz, about gender transformation, the network is “about inclusivity and celebrating differences,” said Steinlauf. “We feel in a supply-starved world, people are looking for networks with momentum.”

*NOTE: Danielle and Mohamed Jbali will not be a part of The Other Way, or at least there has been no indication that they will. I just used them to make the funny photo for this post.