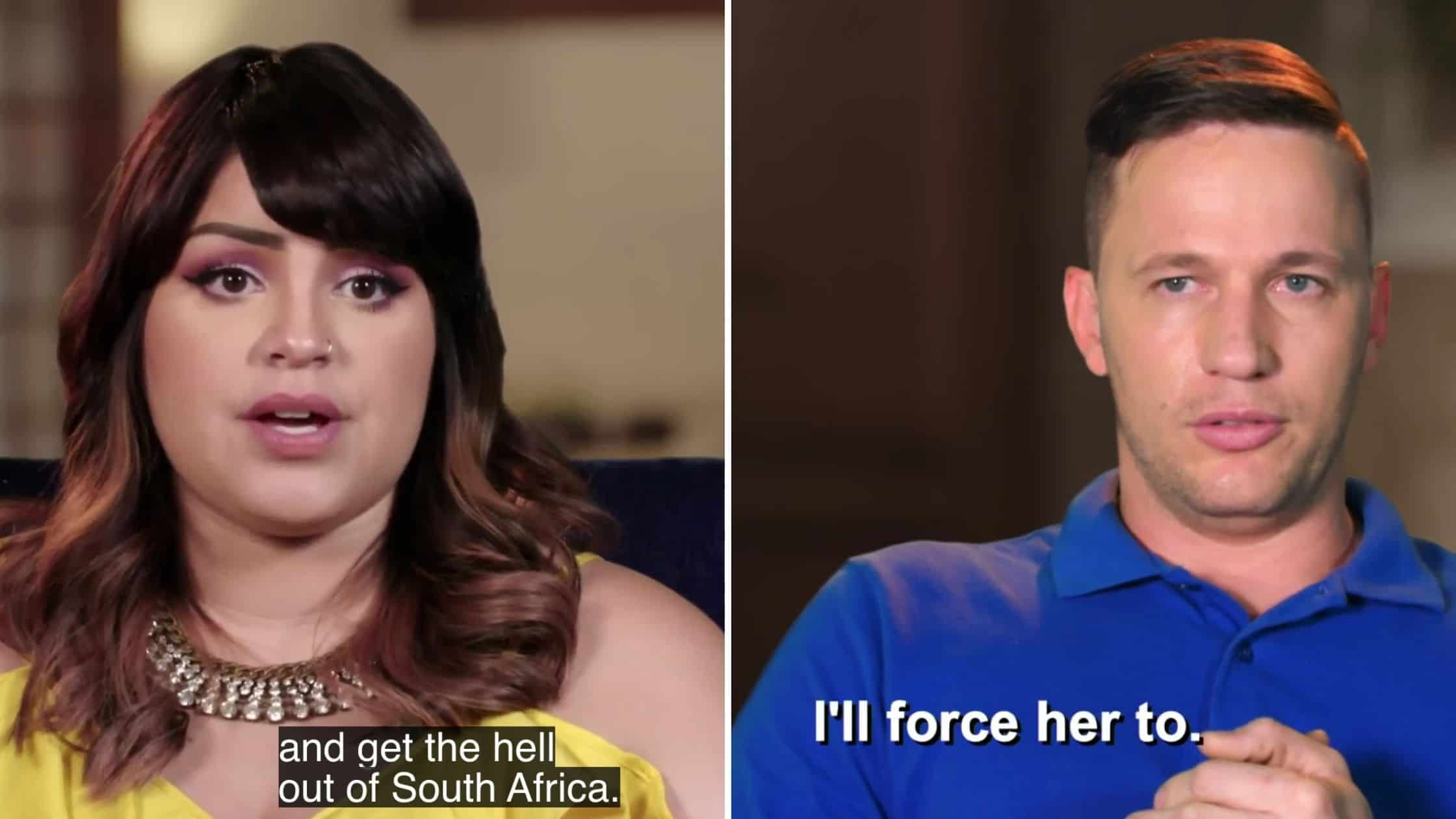 In this week’s episode of 90 Day Fiancé: Happily Ever After, Tiffany travels to South Africa with her kids to see her husband Ronald for the first time in almost a year. It’s been a tough year for the couple full of fights, financial insecurity, and stress over whether or not Ronald’s visa will ever get approved because of his past legal troubles. To further complicate matters, Ronald is saying things like he will “force” Tiffany and the kids to move to South Africa if things don’t work out for him in America. Is this relationship going to last long-term?

In the episode, Tiffany is so excited about seeing Ronald after 10 months that she’s willfully not thinking about all the arguments they had and the fact that she considered divorce.

She has an open ticket because she’s unsure how long she wants to stay. She is afraid that things won’t work out, hopes that South Africa doesn’t go into a lockdown again while she’s there. She wanted to go so the kids can see their dad, and to see if they can truly work on their problems.

“If things aren’t going well, I’m going to use the open-ended ticket to my advantage and get the hell out of South Africa. I didn’t come to South Africa to have a bad time,” she says about her escape plan. Ronald, however, seems determined to not let her leave unless forced by the government, not her own free will.

While waiting on them to arrive, Ronald is seen preparing for their visit by building Daniel a room in his garage, which he decided to do only a few days ago. Originally, Daniel was going to sleep on the couch, but Ronald decided that he wants Daniel to feel comfortable while he’s there so he won’t miss the U.S.

Ronald goes on to say that he knows that Tiffany only wants to stay a few weeks, but he doesn’t want them to go unless their visas run out, or unless he get approved to move to the U.S. He says he wants to prove to her that he can be a good father, but the way he talks about the situation seems to be coming from a need to control than from a place of love.

“If Tiffany doesn’t want to stay, I’ll force her to,” Ronald says, which is alarming.