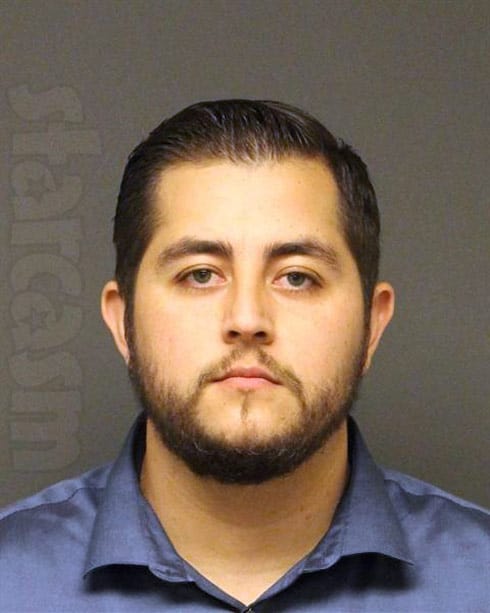 90 Day Fiance: Happily Ever After star Jorge Nava pleaded guilty to felony attempted transportation of marijuana back in July, and on Friday a judge handed down the maximum sentence of two-and-a-half years in prison, in addition to fining the 28-year-old reality star $20,000. We now have Jorge’s latest mug shot photo (above) and thought we would recap his sentencing to clarify any confusion.

As far as Jorge’s booking photo, he looks much more chic than his previous one from his arrest back in February. But, that makes perfect sense given that Jorge knew he was going to be sentenced on Friday, and he knew that he would more than likely be serving time in prison — even in the best case scenario.

Jorge’s sentence of 30 months seemed to contradict what Anfisa Nava posted in a YouTube video after speaking with Jorge post-sentencing. In that video, which included Jorge and Anfisa talking about his pending sentencing in a pre-recorded segment, Anfisa added text at the end which stated: “Jorge just contacted me after his sentence hearing, he is going to serve 22 months long sentence.”

Jorge will be eligible for early release after 22 months, so there was either some confusion on Anfisa’s part, or else Jorge simply told her that his sentence was 22 months because he hoped to get out at the earliest possible time. (Most any fan of the show could easily imagine Jorge fudging the truth a bit in a situation like this.)

The end result is that Jorge will remain in an Arizona prison until at least July of 2020.

That might sound harsh, but it’s important to note that Jorge says he was facing upwards of 24 years in prison for all of the initial charges after he was pulled over with close to 300 pounds of marijuana in his car in February. At the time that Jorge took a plea deal, however, he was facing a class 2 felony marijuana transportation charge. That, added to the fact that he had three previous felony convictions, means that he could have been facing up to 35 years in prison! (Click here for more information on that estimate and details on Jorge’s plea deal.)

According to multiple reports, Jorge’s prior convictions played a major part in the judge’s decision to hand down the maximum possible sentence. According to The Bullhead Bee, Mohave County Superior Court Judge Billy Sipe “mentioned Nava had three previous felonies from California that involved marijuana between 2012 and 2015” during the sentencing.

YouTuber Keith Brooks was also in attendance at the sentencing, and he reveals that Jorge’s lack of cooperation with authorities didn’t help his case much either. He reveals that Judge Sipe also mentioned that his decision to hand down the maximum sentence was, in part “because Jorge did not cooperate on who he got the marijuana from and where he was taking it.”

90 DAY FIANCE Who is the hottest import on Happily Ever After?