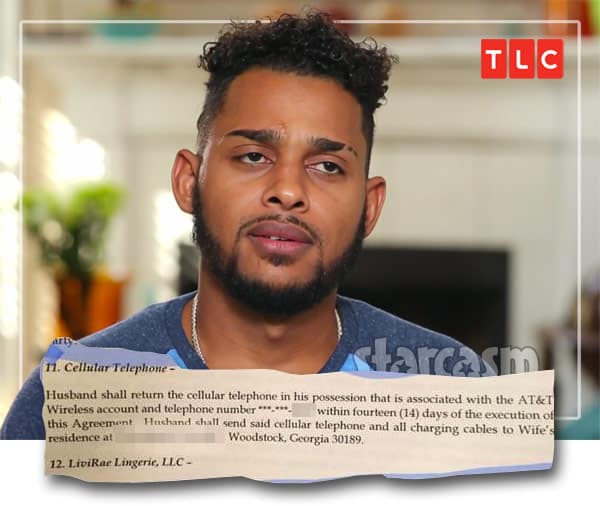 90 Day Fiance star Molly Hopkins officially filed for divorce from her owl-averse Dominican hubby Luis Mendez last month, and it seems Luis has a bone to pick with one of the divorce demands. He also says that he will soon be sharing some information about domestic violence on his Facebook page?!

First up, the divorce caveat that has Luis feeling a little saltier than usual: 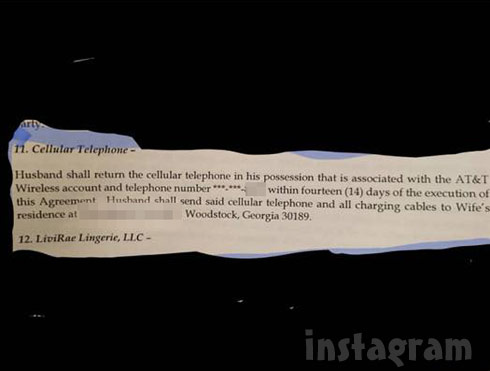 The stipulation demands that Luis return his cell phone within 14 days of the divorce being finalized — including the charger and cables. “Whe someone is so miserable in the heart, they ask you for a cell phone back,” Luis captioned the since-deleted photo, “and that is not considering that she never share the profits of the reality show. How materialistic and low class can someone be?” (I can SO hear Luis’ voice when I read that!)

In case you were unaware, TLC only pays the American half of the couples that appear on the show. That is reportedly because of legal issues with paying a citizen from another country, but I know the show’s production company often contracts local crew members for filming, so I’m not sure if there is merit to that argument.

This is not the first time that Luis has expressed his frustration at not making any money from his appearance on 90 Day Fiance. In a previous rant he called TLC a “piece of sh*t” before saying that he wanted to meet with an attorney in New York City so he could sue the network. As we said in our previous post, that is probably a waste of time for Luis as it has been tried before with little success — although that was a situation where a cast member sued due to how they were portrayed on the show. Either way, I believe it boils down to what the contract states — and if you sign it, then you have very little legal recourse.

Luis’ post then takes a turn when he states that he will soon be posting about domestic violence: “If you want to see all about domestic violence soon follow this page it’s gonna post there,” he wrote with the url for his Facebook page. Most everyone is assuming that this means Luis will be revealing instances in which he was a victim of domestic violence while with Molly, but it’s still not clear exactly what Luis meant — even more unclear than usual.

Of course we will be keeping an eye on Luis’ Facebook page, and if anything eyebrow-raising shows up there, we will be sure to update!