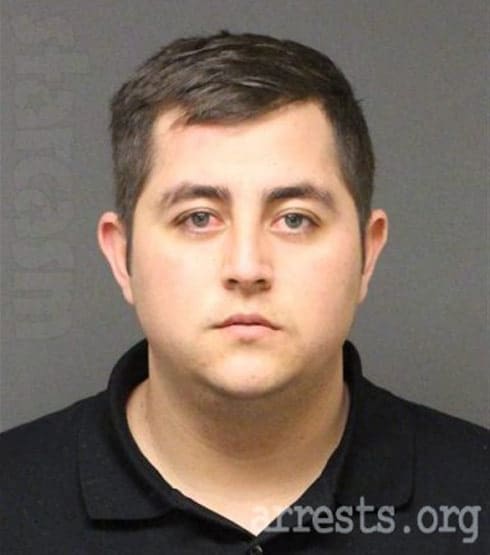 It has been nearly seven months since 90 Day Fiance: Happily Ever After star Jorge Nava was arrested after he was reportedly pulled over in Arizona with close to 300 pounds of marijuana in his vehicle. The 28-year-old reality star pleaded guilty to a felony count of Attempted Transportation of Marijuana for Sale on July 17, and earlier today he received his sentence.

According to Anfisa, Jorge was sentence to 22 months in prison. “Jorge just contacted me after his sentence hearing, he is going to serve 22 months long sentence,” Anfisa stated as an update to a Youtube video posted moments ago.

We are currently trying to confirm the sentencing and get more details, and we will update as soon as we know more.

Meanwhile, here is more from the video:

Jorge says he was pulled over with “a bunch of illegal stuff in his car.” He claims that he was “profiled” and that there was no reason for police to pull him over. “I don’t feel like that was fair,” Jorge says. He adds that his two previous convictions for cultivation of marijuana probably prevented him from avoiding prison time altogether — just as we previously speculated.

Jorge says that he knew that pleading guilty to the lesser class 4 felony charge would mean a two-and-a-half-year maximum sentence and one year minimum, but that was way better than the potential 24 years he was facing based on the original charges. (As we previously stated, the one year sentence with no prior convictions could have meant no prison time if the sentence was suspended.)

UPDATE – We have been informed by a court official that Jorge has “received a presumptive sentence of 2.5 years” from judge Billy K. Sipe. That would equate to 30 months, so I am unsure why there is a discrepancy from what Anfisa stated in the video. (Perhaps Jorge fudged the truth a bit? Or maybe his math was off? Or perhaps the 22 months is how much time he is expected to serve before gaining early release?) Jorge has also been fined $20,000.

UPDATE – The Bullhead Bee has confirmed the 2.5-year sentence, and they even have a photo of Jorge in court!

UPDATE – Anfisa has since uploaded a second video in which she reveals that she was wrong about Jorge’s sentencing. She says Jorge texted her immediately after the sentencing and stated that he got 22 months, but when she actually spoke with him later he explained that it was 2.5 years and 22 months was the earliest he could get out — just as many people speculated. Anfisa also reveals that they considered trying to have Jorge’s prior convictions in California thrown out due to the recent changes in the marijuana laws in the state, and then appealing the sentencing. But, after consulting Jorge’s attorney in Arizona, they decided it wouldn’t be worth the time and effort to go through all of that.

The sentence seems extraordinarily light given the amount of pot allegedly in Jorge’s possession at the time that he was stopped, especially since Arizona has some of the harshest marijuana laws in the country. Of course, that has to do mostly with the sweet plea deal that Jorge’s attorneys worked out that lessened the charges he was facing from a class 2 felony (minimum four-year sentence) to a class 4 felony.

It is unknown if TLC cameras were present in court.

Prior to the sentencing, Anfisa and Jorge joked around with a dance video posted to Instagram:

“That’s how we get ready ?” Anfisa captioned the clip. “This Friday is going to be a very important day in our lives,” she added. “Jorge has his sentence hearing. He’s going to need all of your support.” She wrapped up the caption with the light-hearted hash tags #FreeJorge, #PrisonBae and #HotFelon.