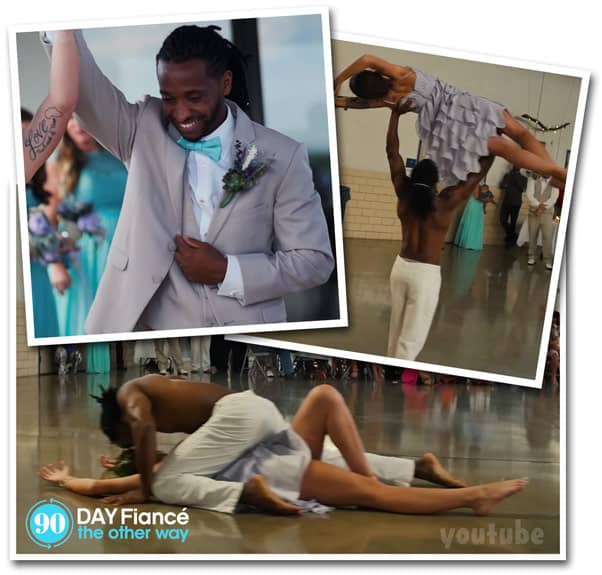 As we were the first to report, 90 Day Fiance: The Other Way star Biniyam Shibre is no stranger to wooing American women, getting them pregnant, and marrying them. Prior to being engaged to his co-star Ariela Weinberg, Biniyam married a woman named Bria from Iowa after getting her pregnant. Just like Ariela, it was Bria’s plan to return to Ethiopia for the birth of their child. Unlike Ariela, the detection of a rare birth defect kept Bria in the United States.

After Biniyam failed to get a visa, despite getting married to Bria in Ethiopia, his wife’s family recruited the help of some local American politicians.

That’s when the office of U.S. Representative Dave Loebsack stepped in and started the process of getting Biniyam humanitarian parole. After a very complicated (and very rushed) process, Biniyam was granted humanitarian parole and was able to travel to Iowa in time for the birth of his son — which looks to have been in early February of 2017.

Biniyam and Bria would later have an American wedding ceremony at a Christian church in New London in July of 2017.

A video of highlights from Biniyam and Bria’s wedding is still available to watch on YouTube. In addition to scenes from the ceremony, the video includes the couple’s Dirty Dancing inspired first dance, which includes a shirtless Biniyam doing multiple flips:

I can’t imagine how hard 90 Day Fiance producers are kicking themselves for not finding Biniyam sooner! His and Bria’s story would have been amazing for 90 Day Fiance — including the pregnancy, his Ethiopian wedding, and all of the effort it took to get him to the United States for the birth of his son. The American wedding ceremony would have been featured in the season finale.

Biniyam and Bria could have returned for Happily Ever After and been victimized by the oft-inaccurate show title as their relationship fell apart.

Then, Biniyam would make his triumphant return to the franchise on 90 Day Fiance: The Other Way with Ariela! And who knows, maybe there was another woman in between that could have qualified him for Before the 90 Days?

To find out if Biniyam makes it down the aisle again (if they do that in Ethiopia), be sure to tune in for new episodes of 90 Day Fiance: The Other Way airing Monday nights at 9/8c on TLC.