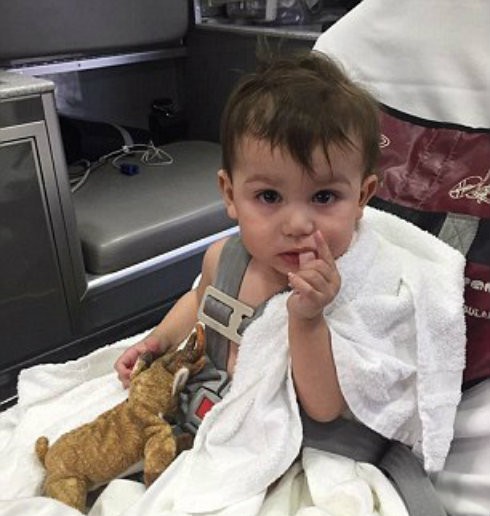 While cleaning out his car on Wednesday afternoon, a man in La Vista, Nebraska, heard a strange sound coming from the nearby dumpster.

“I went and looked on the inside the dumpster and I seen a little hand with an empty water bottle moving,” the man, who asked not to be identified, told KETV.

The hand belonged to an 11-month-old boy, who was slightly bruised and had a soiled diaper — which was a pretty good outcome, considering what could have happened if the dumpster was emptied or he wasn’t discovered before serious storms rolled into the area later that night.

“He wasn’t crying at all, he just had a few marks on him,” said Emily Winkle, who wrapped the baby in a blanket and comforted him until officers arrived. “It was shocking and upsetting that someone could do that.”

La Vista Police Capt. Bryan Waugh he had a similar reaction upon arriving to the scene.

“I actually sat and visited with the little guy for a minute, and really cute kid, so it’s definitely a sad story,” he said. “Obviously, it looks as though the child was abandoned there, it was wearing nothing but a diaper.” 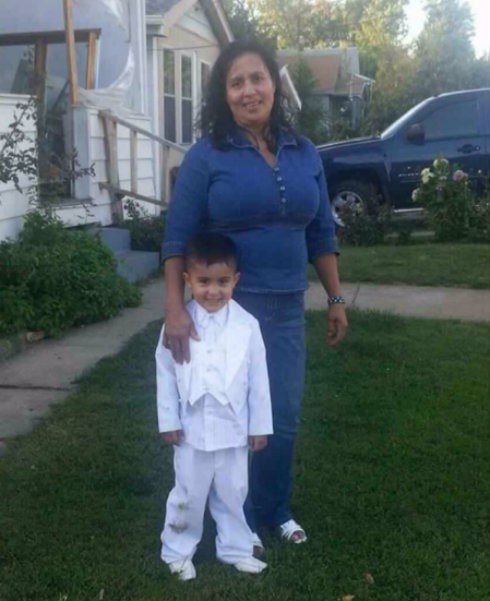 Within hours of the boy’s discovery, people in the community were able to identify him — and name the mother as 45-year-old Jesus Ismenia Marinero. Omaha area officers are still working to locate Jesus and her 5-year-old son. Investigators believe they are driving a silver 2000 Jeep Cherokee Laredo.

UPDATE Omaha police are investigating the discovery of a woman’s body. Although there hasn’t been positive identification, they believe the victim is Jesus. An Amber Alert has been issued for 5-year-old Josue Ramirez-Marinero.