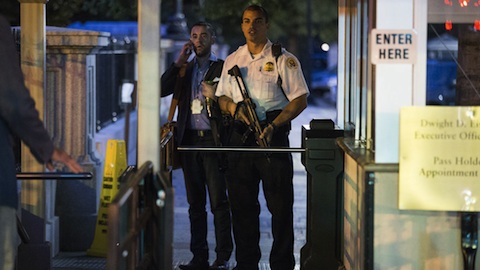 The day after a man carrying a knife managed to make it across the North Lawn of the White House and get inside the building itself, another intruder has been arrested, this time at the White House gates.

The second man, who has not been identified, was turned away from one of the gates to the White House on Saturday afternoon.

A short time later, he returned in a car, and refused to leave the security checkpoint he had entered.

After a short standoff, the man was arrested and charged with unlawful entry, and his car searched for explosives. 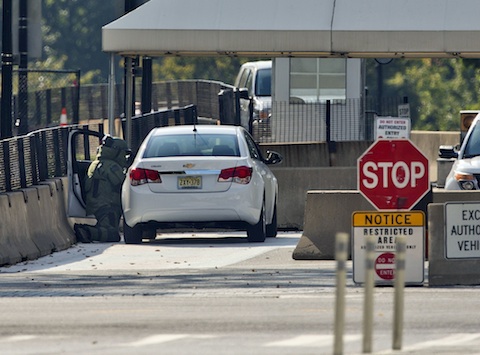 Shortly after the second intruder was arrested, a disturbing revelation was made public: Friday’s fence-scaling intruder, 42-year-old Texan Omar Gonzalez, had been carrying a pocket knife at the time of his break-in.

Previously, Gonzalez had been thought unarmed.

In both instances, neither the President nor the First Family were at home. They had departed for Camp David just minutes before Gonzalez’s break-in on Friday.

This was a very serious breach considering the ongoing threat from ISIS. I think that the Secret Service messed up seriously. They’re going to have to have a serious review of their security measures. No one should be able to enter the White House the way this man did, whether they’re not with it mentally or otherwise.

The Secret Service has said it will be reviewing and updating standard procedures.