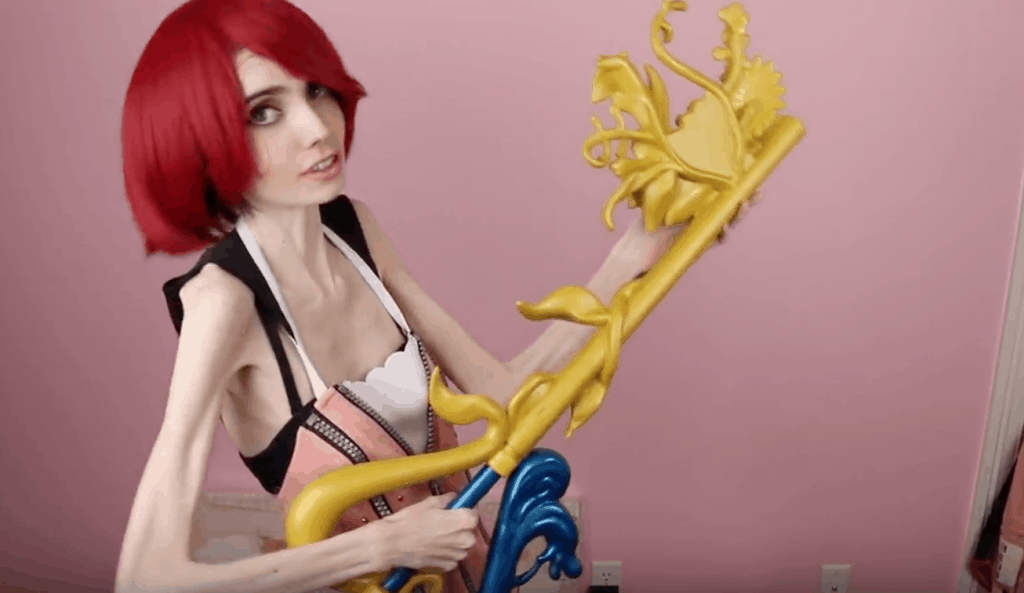 Fans of 24-year-old YouTuber Eugenia Cooney have been concerned about her well-being for years, but concerns escalated when she posted a video this January in which she looked dangerously emaciated. 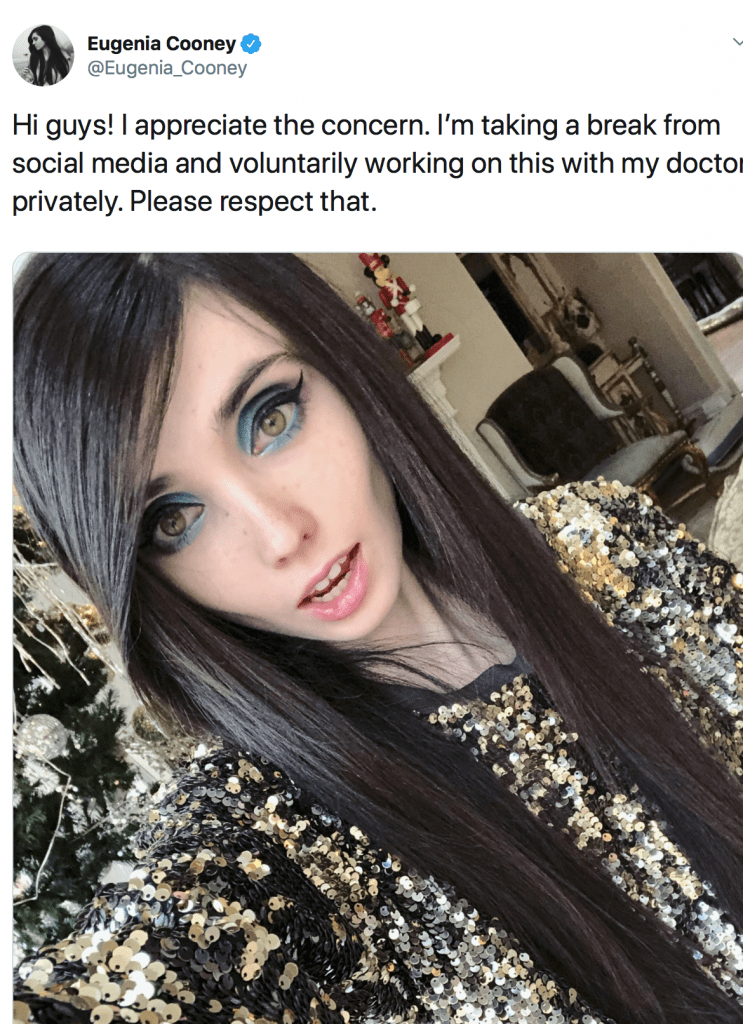 At the time, Eugenia took the commentary about her appearance seriously, and decided to step away from social media to get help from her doctor. “Hi guys! I appreciate the concern,” Eugenia wrote on Twitter. “I’m taking a break from social media and voluntarily working on this with my doctor privately. Please respect that.”

Eugenia has remained silent from social media ever since, and still hasn’t posted on any of her own accounts. But last week, Eugenia’s hair dresser Edward Tricomi posted a pic of Eugenia on Instagram looking healthy, glowing, and happy: 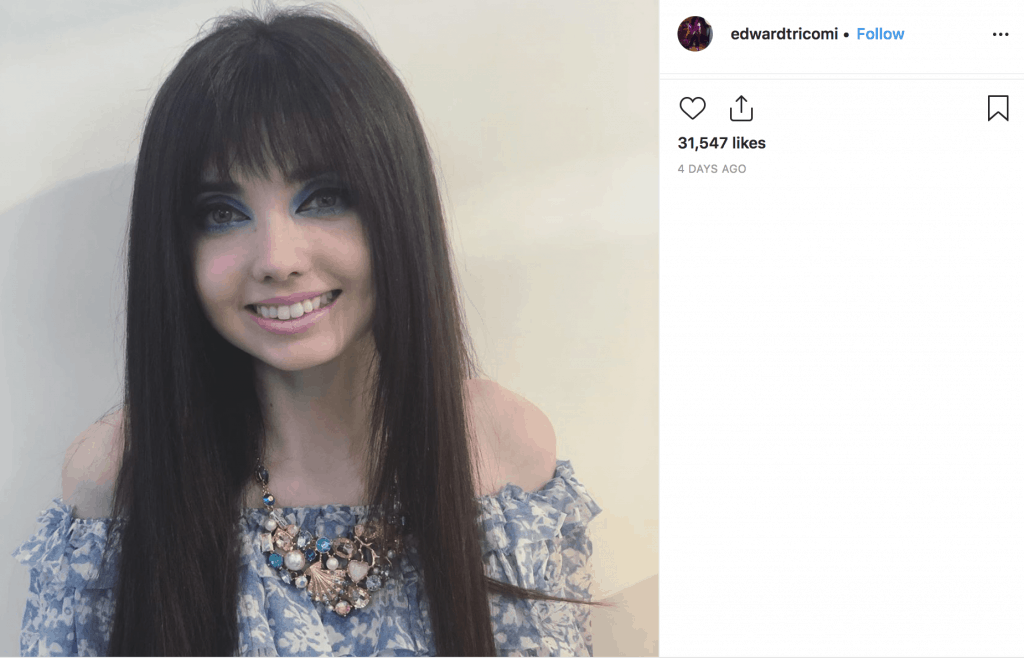 It certainly appears as if taking time off from social media to focus on her health has helped Eugenia recover. Many have speculated that she may be suffering from an eating disorder, but Eugenia has never confirmed or denied what exactly she is struggling with.