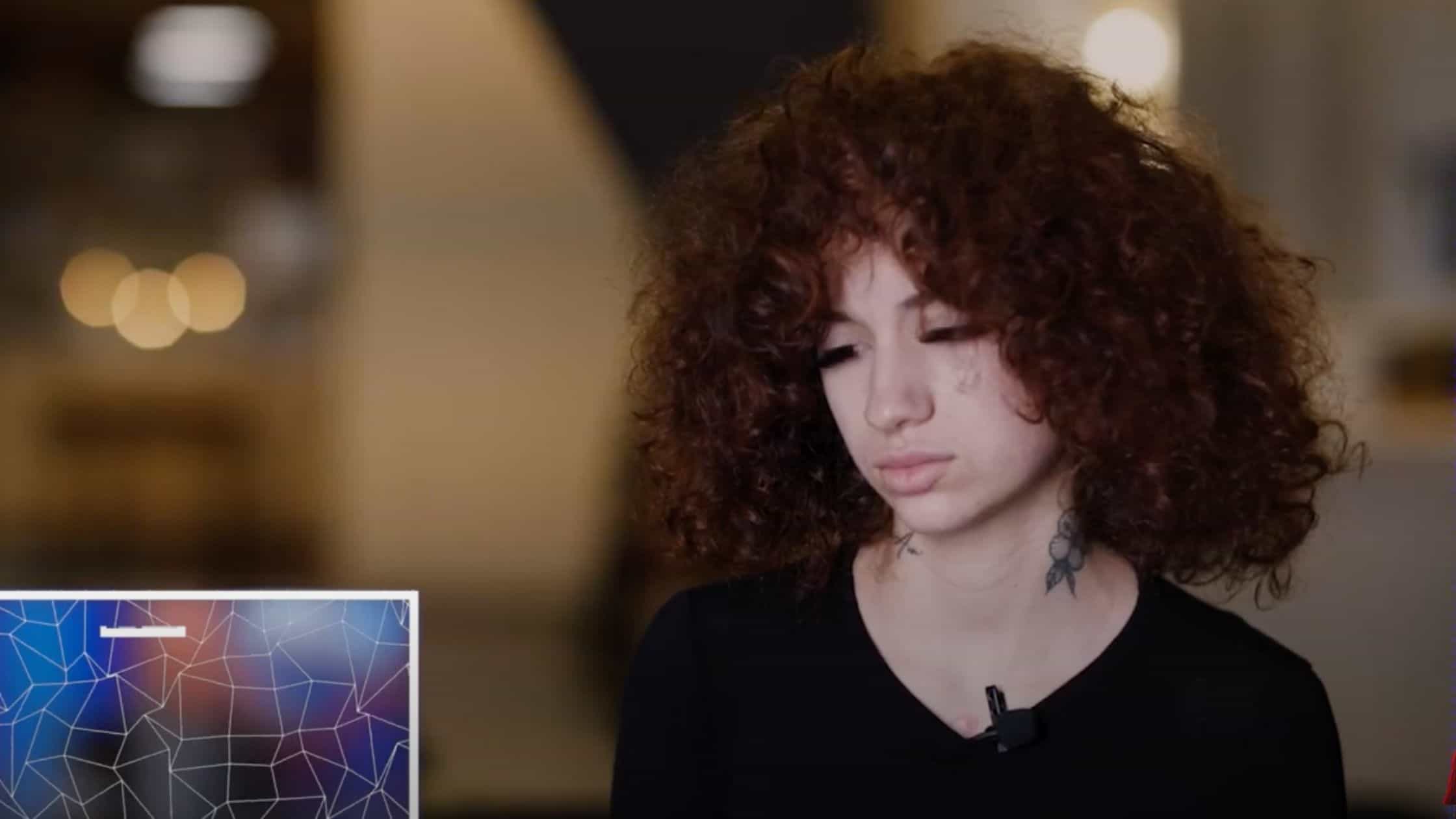 In 2017 Danielle Bregoli was only 13-years-old when she became an Internet meme from an appearance on The Dr. Phil Show. She was sent to Turn-About Ranch, where she says she suffered abuse in the name of therapy, for a while following the show and was shocked to find out she’d become so famous when she came back to the real world.. Bregoli was able to turn her bad attitude “Cash Me Outside” meme into a rap career under the name Bhad Bhabie, but such quick success came with a price.

“No meme was ever like this,” Danielle begins on a new video o her Bhad Bhabie YouTube channel. “The problem with the meme was that people only go to see half the story.”

She then goes on to watch and react to the infamous meme for the first time in years, and is shocked that they edited the clip to make it sound like she told Dr. Phil that her accent came “from the streets.” Danielle says she had actually answered Dr. Phil’s question of where her accent came from with “from Boynton [Beach, Florida]” where she lived.

Danielle then goes on to chide Dr. Phil for not having respect for her during her interview. “I’m still a human being,” she says. “You still have to have some type of respect for me.”

“Ya’ll don’t know what I’ve been through, what I’ve had to endure,” she says.

Danielle then addresses a woman in the audience that day who called her a “h**.” “It still blows my mind to this day,” Danielle says. “Nothing Dr. Phil was talking about had to do with s**, boys, anything like that. So why are y’all, 30, 40, 50-year-old women who never seen me a day in they life, who didn’t about me til 20 minutes ago callin’ me a h**.”

Looking back at what happened, she doesn’t feel any embarrassment because she feels like she couldn’t have done anything differently at the time because she didn’t know there were other ways to handle things. She was filled with anger and didn’t know how to react.

When she came back from Turn-About Ranch, she couldn’t escape the meme or her own face. At the time she couldn’t open up her phone without seeing her own face. She could not separate herself from the meme, and was recognized everywhere she went.

She appreciates the fame she received from the meme “to a certain extent.” But, she finds it hard to deal with the negative way people view her because of it. “That meme made everybody think I was just this evil, hateful, little girl who just wanted to kill everybody,” she says. “Like, no. That’s why I hate it so much, because that’s not me.”

Below is a four-minute segment of the show that made Danielle Bregoli famous.

Danielle still feels, looking back at her past self, that “she did what she had to do,” but she asks the audience to not judge someone’s whole life over a 30-second clip.

From The Office to The Sopranos: The TV shows that best represent each state