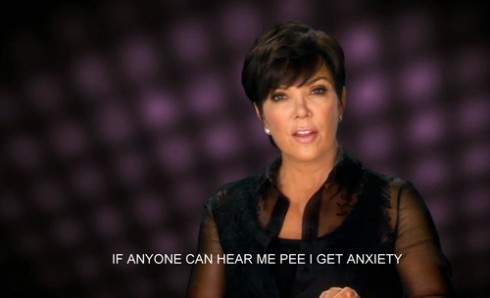 Kris Jenner has a black color scheme to her house, which is fine, to each their own, but what’s a little strange is that she uses black toilet paper. 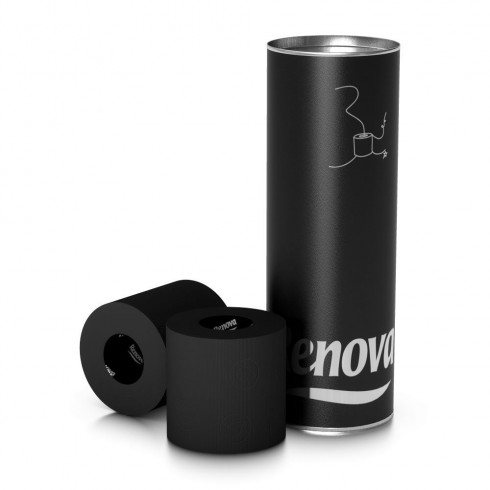 In a teaser clip for Sunday night’s Keeping Up With the Kardashians, pregnant Kim balks at the thought of moving into her mother’s home, saying she hates black and white and she can’t take a shower in a black shower. Kris says the shower makes her feel like a ninja, so Kim pulls out the trump card: “The toilet paper’s black. I like to see what I’m s****ing and what I’m wiping.”

Kourtney then points out that their mother’s black toilet paper leaves “little black dots in your vag.”

Black toilet paper became a design novelty item in the US around 2006 when Portuguese company Renova added black to it’s line of colored toilet paper. Paulo Miguel Pereira da Silva, the president Renova, told the New York Times “In a design sense [black] means irreverence, maybe touching a bit on the core nature of art, which is to break rules and set new ones. Culturally, deep down, Renova Black invites people to break down whatever might be limiting as common sense ideas.” Simon Cowell also reportedly uses black TP, according to this book.

Thankfully for Kim her mom does offer to buy white toilet paper. I think I’m gonna have to side with Kim on this one.

REPORT Bruce Jenner is transgender, wants to be a woman, being blackmailed by Kris

REPORT Brody Jenner to join Keeping Up with the Kardashians