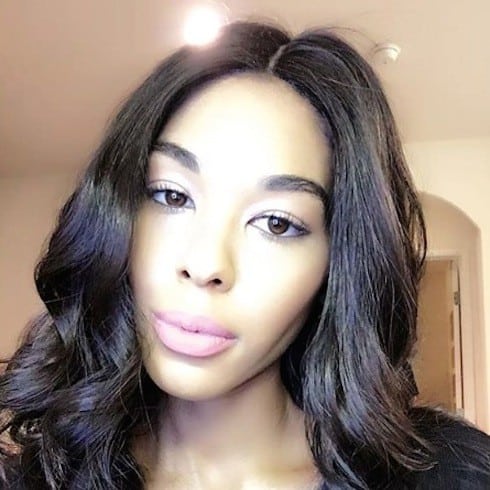 Who is Moniece Slaughter dating? Like LHHATL alum Mimi Faust before her, Slaughter is raising fans’ eyebrows with her first public relationship involving another woman. Slaughter went public over the weekend, as Love & Hip Hop Hollywood prepared for its Season 3 debut.

Slaughter was most recently in headlines this past spring, following her shocking hospitalization in the wake of multiple strokes. Now, though, Moniece is completely recovered, and ready for another season of reality TV drama, this time with a lucky lady by her side. For starters, here’s Slaughter with the big reveal:

AAAAWWWWWW I love her. I was pouting because I want what I want when I want it. She's been right by my side and she's been my biggest lesson and an even bigger blessing. I'm learning that I can't rush love or expect someone to feel what I feel as deeply as I do. Or at the same time as I do. She remembered in general conversation that i'd mentioned these are my favorite flowers and my favorite color. So this was how she asked me. And I love it because it was so thoughtful and so simple and this all I want. Time. Attention. Emotional awareness. And simplicity. Because it requires thought. I'm officially off the market ??‍❤️‍?‍? @diggthekicks

Unfortunately, not everyone who follows Moniece on Instagram appeared to be down with the pairing. And at least one family member dropped a presumably disparaging remark; The Shade Room caught Slaughter’s cousin responding with “Cmon Cuz.” So Moniece came back with a message for her detractors:

Tried to find an interview I did years ago with @vladtv but none the less. I am. I have always been. A bi-sexual woman. It's not new to my family although I always denied it out of fear of judgement and criticism. I grew up SDA (Seventh Day Adventist). Very religious and while I know my family loves me despite our ups and downs; I was taught growing up that homosexuality was/is a sin. It was frowned upon. However, because my family loves me. And has met her. They see that for the first time in a long time. I've made a great decision in who I've chosen to give myself to. And invite into my son's world. Their world. And my own. Any man I've dated, is made aware in the beginning that I am bisexual. She has nothing to do with a STORY. Everything to do with my LIFE. If you're one of the less accepting, we respect that. Please respectfully depart.

But who is Moniece’s new boo? All we know for sure is that her Instagram handle is @DiggTheKicks, and she appears to really like footwear–almost as much as she enjoys hanging out with Moniece:

Every woman deserves to wake up knowing she's number one; she deserves effort, loyalty and BOOTY rubs ?? @moniece_slaughter #realone #queen #vibes #hers

Digg shared another update just a few hours ago, this one of the couple making kissy faces at the camera:

Hopefully, we’ll learn more about the couple as LHHH‘s third season gets underway. Regardless, congrats to Moniece and Digg, who have hopefully found happiness together.

(Photo credits: Who is Moniece Slaughter dating via Instagram)