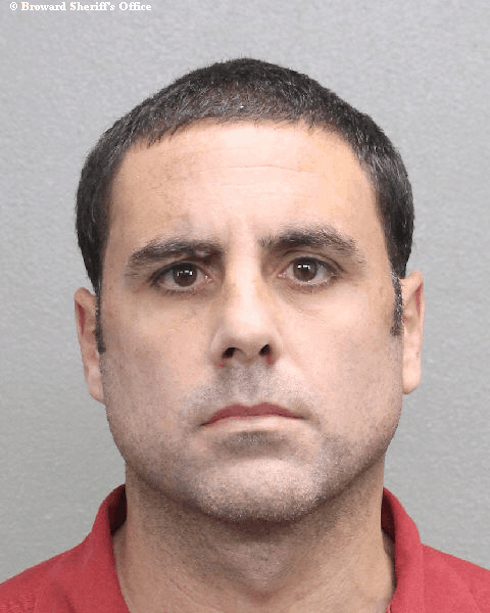 The Casey’s Nickelodeon murders remain unsolved despite 24 years’ worth of accrued evidence against the two main suspects. Pablo Ibar (pictured above, following his most recent arrest in 2016) and Seth Penalver have been the focus of seven separate trials, one hung jury, two death sentences, and two successful appeals, but neither man has been convicted in the triple homicide — despite astonishing surveillance footage that captured the homicides in full and appeared to show the men leaving the scene of the crime.

The absence of a conviction for the 1994 murders of Sharon Anderson, Marie Rogers, and Casimir Sucharski — better known as Butch Casey — is only part of what makes them perhaps the most notorious in Florida’s history. Now, Felonious Florida, a new podcast devoted to “the dark side of the Sunshine State” and presented by veteran South Florida Sun-Sentinel crime reporters Lisa Arthur and Juan Ortega, is taking a long look at the curious history of the case.

(Plus, if you’re a fan of true crime podcasts, it’s also worth pointing out Felonious Florida’s pedigree. The series is presented by Wondery, which is already responsible for such stalwarts of the genre as Hollywood & Crime, Locked Up Abroad, and favorite du jour Dirty John.)

The basic facts of the case are these. In the early hours of Sunday, June 26th, 1994, Butch Casey returned to his home in Miramar FL with Sharon Anderson and Marie Rogers. Butch, 48, was the owner of Casey’s Nickelodeon, a popular nightspot in nearby Pembroke Park.

Sharon and Marie, both 25, were regulars at Casey’s, as well as highly visible members of the area’s social scene. Sharon was building a career in the entertainment industry, and was best-known for appearing in the music video for Heavy D’s song “Gyrlz, They Love Me.” Marie, a fashion designer, had a two-and-a-half-year-old daughter.

After closing down Casey’s, the three continued to drink and socialize at Butch’s home, until two armed, masked men burst in. The first man smashed Butch in the head with the butt of his Tec-9 machine gun, then pistol-whipped him with the barrel. The second man, brandishing a stick, chased Sharon into Butch’s bedroom, and came back armed with Butch’s own handgun, which he had left in the bedroom upon returning home.

The men took off Butch’s boots — Butch was known for carrying huge amounts of cash in his boots; a friend once saw him make a $20,000 down payment on a Mercedes 300 SL with money he pulled out of them — and removed what looked like a wad of money. They continued to search the house. Then they shot and killed Butch, Sharon, and Marie. 22 minutes after the masked men entered Butch’s home, the Casey’s Nickelodeon murders were over.

But, unbeknownst to the murderers, there was a catch. Police would later discover a cache of approximately 200 VHS cassettes in Butch’s home, every one of which depicted Butch and an unsuspecting woman having sex in his bed. The footage came from a camera out of sight on a high shelf, hidden behind a potted plant and a teddy bear. 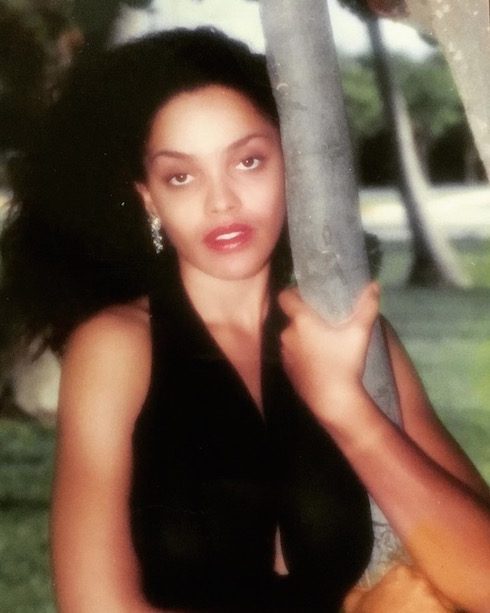 And that camera wasn’t the only one. Butch’s whole home was wired with a surveillance system — something not uncommon today, but extraordinary in 1994. And Butch had turned the cameras on before leaving for work the day before. The footage was grainy, and there was no audio. But police were able to watch the entire sequence of the Casey’s Nickelodeon murders, over and over, in real time.

Some of the footage has made its way into contemporary coverage of the murders. Here’s a clip from the MSNBC special “Murder on Camera: Caught On Tape”:

Butch’s behavior raised eyebrows in the weeks before his murder

Butch Casey was born Casimir Sucharski, Jr. When he was growing up in Buffalo NY, his mother and father owned a bar, the original Casey’s Nickelodeon, which became popular with some of the players of the Buffalo Bills. Among those players was OJ Simpson, then one of the most popular players in the NFL. And OJ and Butch, who worked at and helped manage the bar as a young adult, became friends.

Butch’s parents sold the bar and moved to Florida in 1980, but he and OJ remained tight. Butch said often that he was worried and distressed over OJ, who had led police on his infamous low-speed chase just nine days before Butch’s murder. Because of their friendship, Butch’s connection to a drug sting aimed at OJ back in his Buffalo days, and a general interest in all things OJ conspiracy-related at the time, the early belief was that there may have been a nefarious connection between Butch and OJ’s alleged crimes.

Butch was also rumored to have ties to the mafia. In the wake of the Casey’s Nickelodeon murders, authorities combed through tips claiming that Butch owed as much as $50,000 to the Gambino crime family. He’d allegedly been warned about repaying the money, and possibly even beaten by enforcers, a few months before his murder.

Seemingly lending credence to both the OJ and mafia talk was Butch’s morose behavior in the weeks leading up to his death. Friends and acquaintances told the police that Butch had been acting agitated, paranoid, and “dark” in the weeks before he was killed. He’d also made cryptic references to his own death, reassured several people close to him that they’d be taken care of “if anything happened” to him — and told some of them, without explanation, that he would “be a bigger story than OJ Simpson.”

After the alleged killers are found, the legal difficulties begin

Butch Casey’s surveillance system was the first big break in the Casey’s Nickelodeon murders case. The second was what the end of the footage captured: as the two killers were leaving Butch’s house, one of the men took off the shirt he’d been using as a mask and revealed his face in full view of the camera.

But, again: the footage was grainy, and an immediate ID was far from assured. The police kept the existence of the footage — and of what it contained — a secret from the public. They enlisted the FBI to help get a clearer image of their main suspect. And three weeks after the murders, they got their third big break. An officer who saw the high-resolution screen capture of the killer’s face told police that they already had their man. It was Pablo Ibar’s face. And Pablo Ibar was in custody on an unrelated home invasion charge.

Soon, investigators had built a case around Ibar and Seth Penalver. Ibar, the son of Spanish parents, lived in a flophouse, and was (in the words of the podcast) “in a downward spiral” after returning from California, where he’d spent a semester playing football at a community college. Penalver was a middle school dropout who’d done six months in prison for stealing a gold chain, and had recently been involved in a drive-by shooting.

Ibar and Penalver’s first trial began in 1997, stretched into 1998, and ended with a hung jury voting 9-3 to convict. After that, Ibar and Penalver were tried separately; in 2000, both men were sentenced to death.

But it’s there that their legal paths diverge. In 2006, the Florida Supreme Court overturned Penalver’s conviction, ruling that the surveillance footage wasn’t enough to establish his identity conclusively. Penalver’s third trial, which stretched from 2012 to 2013, ended in his conviction being overturned. Since then, he’s become an Florida’s “Vicrtims of Wrongful Incarceration Compensation Act,” under which former prisoners are eligible for compensation and job training. Though Penalver was found not guilty in the Casey’s Nickelodeon murders, the two earlier nonviolent felonies on his record meant he was ineligible for either.

“Just because I had prior felonies in the past that shouldn’t mean I can’t be compensated for what was done to me,” he told CNN in 2015. “It’s hard getting back on your feet; anything would help.”

Here’s Seth talking to Al-Jazeera about the six years he spent on death row after being acquitted in 2013:

Florida Supreme Court upheld Ibar’s conviction just a month after overturning Penalver’s in 2006. However, per the Sun-Sentinel, in February of 2016 the Court “found that Ibar’s defense lawyer at trial, Kayo Morgan, failed to retain a facial recognition expert to challenge the prosecution’s evidence that Ibar was at the scene of the crime.” (The testimony of facial experts played a key role in Penalver’s acquittal.)

More recently, the prosecution presented new evidence that DNA found on the T-shirt one of the killers removed from his head on the surveillance footage matched Ibar’s. According to the laboratory that ran the rest, the chance of the DNA on the shirt belonging to someone else is one in between eleven and 35 million. Based on that evidence, Pablo Ibar’s retrial — his fifth trial in the Casey’s Nickelodeon murders case since 1997 — will begin this spring.

You can find out plenty more about the Casey’s Nickelodeon murders — and yes, there is a *lot* more to discover — via the Felonious Florida podcast’s official site. “The Executions” and “OJ and the Mob,” the first two episodes, are available now. New episodes in the six-part series will be released every Tuesday in April.

Weight Loss News: People are sewing plastic patches on their tongues to make it painful to eat