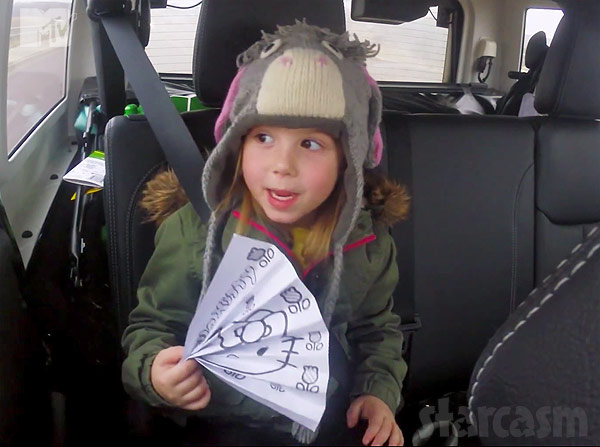 Nearly two million viewers tuned in Thursday night for the return of the drama mamas of Teen Mom 2. We all jumped right into multiple custody battles, some serious relationship issues, and the first appearance of Chelsea Houska’s new man, Cole DeBoer. MTV has released four preview clips for next week’s episode–one each for Jenelle, Chelsea, Kailyn, and Leah–and it looks like the drama won’t let up.

Here they are, alphabetically by first name:

Chelsea’s clip is titled “Chelsea’s Unpleasant Surprise,” and of course it is in reference to her ex-, Adam Lind, who joins his comic-book-attire-lovin’ co-star Nathan Griffith by sporting a Captain America shirt to Aubree’s school Christmas program.

Jenelle’s clip is “Battling w/ Barbara,” which is actually a little deceptive if you’re expecting one of the show’s infamously explosive mother/daughter screaming matches. The clip starts off with an excited Nathan and Jenelle getting ready for their ill-fated trip to St. Thomas, but then gets a bit emotional as Jenelle tries to reach her mom so she can see Jace before she leaves…and Barbara refuses to answer.

“Enough is Enough” is the title of Kail’s preview clip, and the phrase references the ongoing drama between her and Javi over conversations with a “guy friend from school.” Javi finally agrees to drop Isaac off at Jo’s so Kail can go to the Sam Smith concert in Philadelphia; we get to see Kail and her gal posse talk over the situation while rollin’ to the show in Kail’s Mercedes.

In the Teen Mom 2 Season 6 premiere, we saw that Corey Simms lost his bid for split custody, but, as part of the settlement, Leah agreed to undergo a drug test. In this preview clip, titled “Leah’s Drug Test Results,” we get to watch as Leah and her attorney open the results. I won’t spoil the reveal. 😉

Be sure to tune in Thursday night at 10/9c on MTV to watch the full new episode of Teen Mom 2!