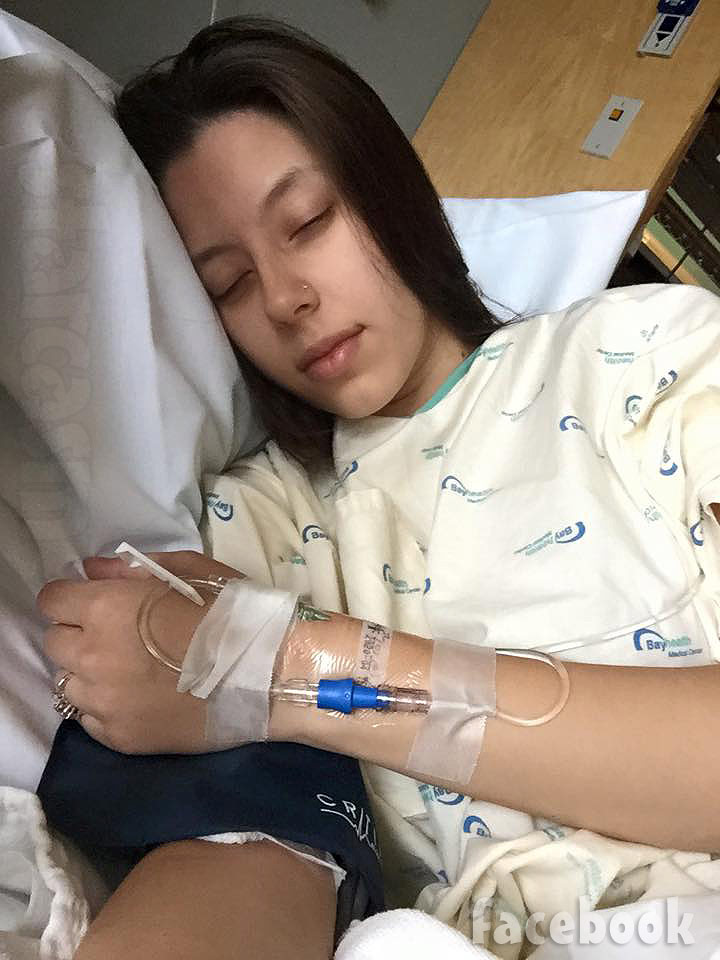 Teen Mom 2 dad Jo Rivera’s girlfriend Vetzabe “Vee” Torres is currently more than nine months pregnant with a due date of October 14. But it seems their little girl is a bit impatient because she is apparently on her way — right now!

Vee posted the photo above on Facebook just a few hours ago in which she can be seen in a hospital bed with an IV in her arm. “On my way to you mommy- Vivi ?” Vee wrote for a caption, referencing the nickname they have for their baby. “This has got to be one of the hardest days to have gone by,” she adds, “but waiting for that light at the end of the tunnel!”

About an hour after that post, Vee wrote, “God blessed us all when he invented the epidural. ?” and added the hash tag ‪#‎VivisArrival‬. According to numerous online sources, an epidural is not usually administered until a patient is in labor and at least 4 or 5 centimeters dilated. So the stork is on the way y’all!

UPDATE – CLICK HERE TO SEE THE FIRST PHOTO OF VIVI!

A commenter asked Vee, “How you feeling girl?” and Vee responded with her usual humor and candor: “I’m good just laying back relaxing til it’s time. Don’t feel a dam thing anymore so I thank god lol”

In case you missed it, we believe Jo and Vee’s baby daughter’s name will be Velisse. We will keep you posted and let you know when little Velisse arrives! Hopefully we will get a photo, but Vee has previously stated that she plans to completely shut down her social media presence once her daughter arrives, so that may be a while. 🙁