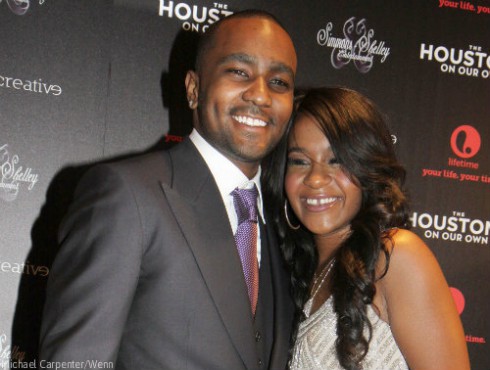 The newest and longest Nick Gordon Dr. Phil interview to date looks to shed light on some of the lingering questions regarding rumors of Bobbi Kristina’s drug use and the circumstances surrounding her death. The two-part interview–a long excerpt from which you can see below–marks Gordon’s return to Dr. Phil’s show, following a tearful interview last year that ended with Gordon checking into rehab.

The Brown family’s $40 million civil suit against Nick Gordon remains open, as does the criminal investigation into the possibility that she was murdered. Gordon’s attorneys have denied any wrongdoing on their client’s part; Gordon’s new interview with Dr. Phil marks his first public comments on his relationship with Bobbi Kristina in almost a year.

Here’s the most in-depth clip from the forthcoming Nick Gordon Dr. Phil interview:

Of Gordon’s time in rehab, Dr. Phil says “I’m told you really leaned into it.”

“Rehab was something I needed,” Gordon replies. “I’m thankful that I got that opportunity.” Gordon goes on to admit that, in addition to drinking heavily before checking into rehab, he was on Xanax. “I was [on] so much at the time because I could not deal with what was happening to Krissi,” he explains. “It mentally broke me, you know? That’s the lowest point in my life, right there.”

It’s at that point that Dr. Phil turns the conversation to Nick Gordon’s involvement in Bobbi Kristina’s alleged drug use. “Photos surfaced,” he says, “of Krissi smoking of a bong and snorting cocaine on the internet in 2011. Did she have a drug problem?”

Dr. Phil asks, “Did you ever see her do drugs while her mother was alive?”

“Socially,” Gordon responds. “Maybe [she] smoked a little bit.” Gordon also acknowledges that he would smoke with Bobbi Kristina.

“[Her drug use] got really bad after Whitney passed away,” Gordon continues. “It’s unfortunate. But, at the time, that’s kind of the only way we knew how to deal with what had happened.”

In addition to discussing his and Bobbi Kristina’s drug use, Gordon will address the many criminal allegations against him: namely, that he was abusive toward Bobbi Kristina; beat her in an argument on her last night alive; and was directly involved with her death. Near the interview’s climax, Dr. Phil asks Gordon point-blank: “Did you murder Bobbi Kristina Brown?”