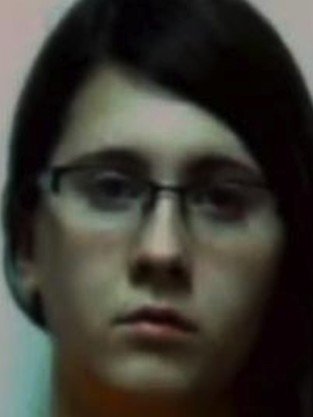 Craigslist murderer Miranda Barbour, stabbed a man she met on Craigslist 20 times and claims to be a serial killer, but her mother Elizabeth and sister Ashley don’t believe that she murdered more than one person. They sat down with Dr. Phil to expose all the dysfunction going on in their home prior to Miranda’s arrest for murder.

Ashley says when she was six, and Miranda was three, they were molested by their uncle. She recalls with intense anger the moment when, at age six or seven, hr mother finally had a good-touch, bad-touch talk with her, and she revealed that she and Miranda had been molested for a while. Ashley blames her mother specifically for Miranda’s behavior by abusing them, exhibiting horrible behavior herself, and ignoring red flags.

A few years ago the now 19-year-old Miranda wrote into the Dr. Phil show, asking for help with her mother Elizabeth.

Ever since my parents got divorced my mom has become a pill popping drunk. She meets random men off the internet and has them come over. They send her stuff to our home address. She also claims to have stage 3 cancer, but won’t stop drinking or taking all the pills. She doesn’t care to live anymore. She tells my sister and me that every day. She also just had two seizures and now has a seizure disorder and still doesn’t care to change her behaviors. She’s so verballing abusive and it hurts so much. I just want my mom. I’m 17 and pregnant and my sister is 20 and engaged. If things keep going the way they are she’s going to kill herself. I’m at a loss of how to help her. She’s in denial about everything I”m begging for help, please. Thank you for listening. 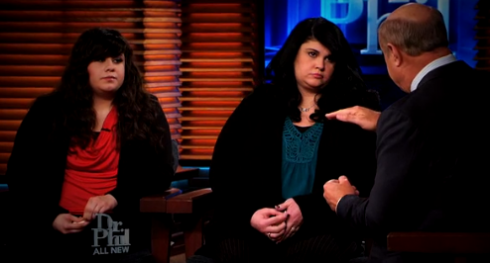 Ashley says Miranda joined a cult at 13, an age when their mother allowed Miranda to leave the home for days at a time. She had Swaztikas tattooed on her neck, and spoke about Satan. Ashley also claims that Elizabeth sent Ashley into a meth house to get Miranda out. Ashely says her mom also let Miranda stay home and take online classes when she knew she was taking drugs, ignored Ashley’s complaints when Miranda tried to stab her, brought multiple men into the house, and lied about having stage 3 cancer. Elizabeth insists that she did have cancer, and that she received two treatments for it. To that Ashley replied that Elizabeth claimed to have gotten treatment while Ashley was at school, and when she came home she found her mother drinking a “fifth of vodka and watching Teen Mom.”

The now 19-year-old Miranda says she has no regrets about the murders she said she committed because she believes she “didn’t hurt anyone who didn’t deserve it.” In a recent interview with Newsweek she explains, “People think I’m a monster, but I’ve done a lot of good. The justice system doesn’t work, so I did what I did.” She believes she’s saved hundreds of girls from abuse.

She recently tried to kill herself in prison because she believes in reincarnation and is hoping for a fresh start. She wishes she could see her husband and child again, but was aware of the ramifications of her actions. “I knew I would be put away, but I just didn’t think it would all happen so quickly,” she says. “I thought I would have more time to say goodbye.”

Miranda and her husband Elytte murdered 42-year-old Troy LaFerrara after luring him in with a Craigslist ad selling “companionship” for $100. Miranda says after the murder, she and Elytte went to a dirty strip club to celebrate, but it was so run-down, it was a “buzzkill.” She claims she’s murdered between 22 and 45, but law enforcement and her family have been doubtful that this is true, although her father believes she may have killed someone when she was living with him in Alaska.

She does believe, like her sister, that her uncle Rick, who allegedly molested her, created a “darkness” inside her. “I think he created a monster inside of me. It’s always there,” she says.