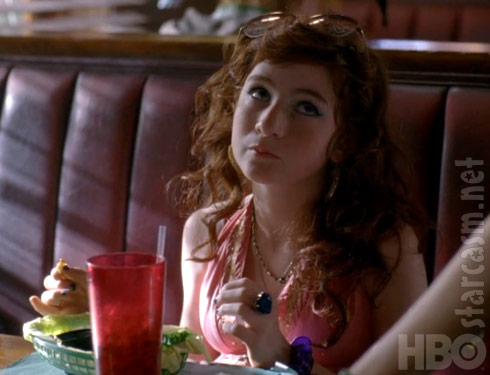 The Season 4 finale of True Blood aired on HBO last night and of course it took place on Halloween, allowing for the addition of zombies, bunnies and nurses to a cast that already included vampires, werewolves, witches, faeries and shape shifters. But, along with the usual assortment of Halloween characters, there was one costume near and dear to my heart… Jenelle Evans! 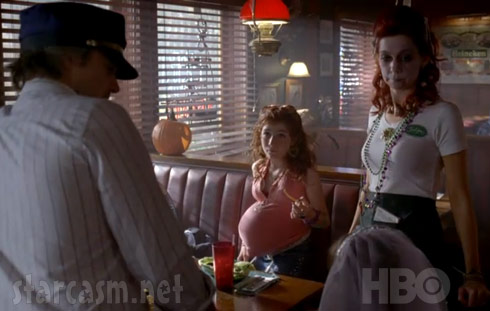 The attitude abundant Lisa Fowler, daughter of the oft-offensive Arlene Fowler, was sporting the pregnancy costume at Merlotte’s. It included a rather revealing pink top stuffed with a large baby cushion as well as two additional “upstairs” cushions, if you know what I mean. 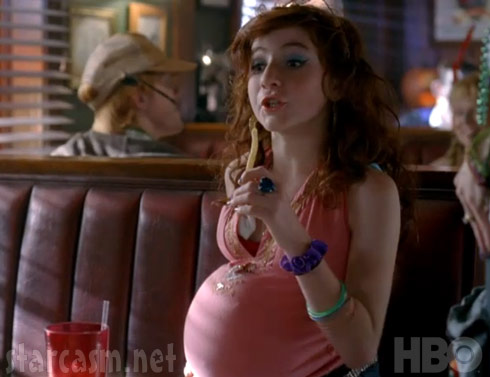 When we first see Lisa (played by actress Laurel Weber) she arrives at the booth and begins joking with her little brother about ordering an additional meal because she was “eating for two.” Her mom Arlene steps in and gives the kids one of her hilarious discipline lectures:

“Hey! You better start behaving yourselves right now or you’re gonna be trick or treatin’ down at the trailer park again. Now do you want a bag of empty Coors cans and food stamps, or do you want candy? It is your choice!”

At that point the family trio is interrupted by Sam Merlotte, who wants to introduce his friend Emma to Lisa:

Oh man – that was awesome! Lisa definitely had the attitude for the look! Here’s one more screen cap so you can get a head start on your own Teen Mom 2 Jenelle Evans Halloween costume: 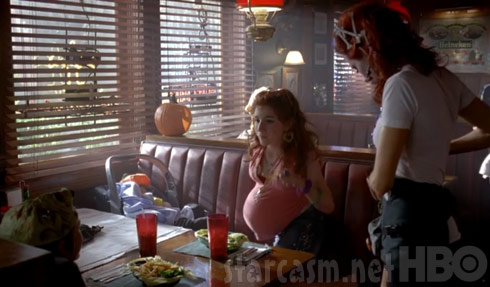 Of course, if you do choose to go as Jenelle for Halloween, it is pretty essential that you recruit a male friend to wear this infamous hoodie: 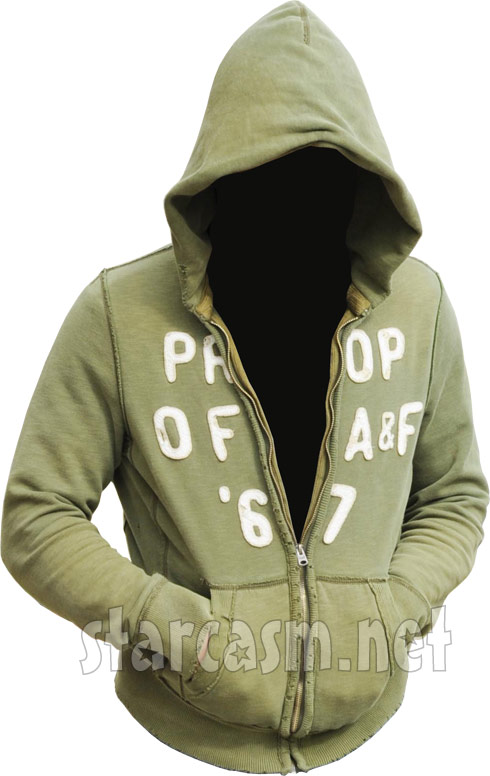