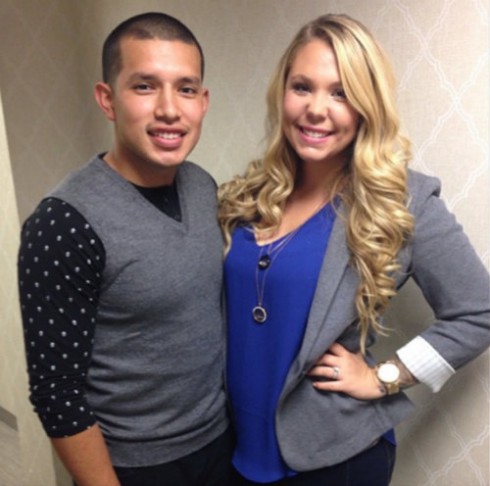 New year, new rumors about a Teen Mom star’s relationship problems! This time, people are speculating that Kailyn Lowry and Javi Marroquin are headed for divorce after he was reportedly spotted at a strip club.

“One of the boyfriends from Teen Mom is in my strip club right now,” someone tweeted on Saturday night. When prodded, she claimed it was Javi, which quickly fueled rumors he and Kailyn are on the rocks.

The following day, one person decided to go straight to the source and ask Kailyn what was going on.

“I won’t even give them the time of day,” Kailyn responded. “I have enough problems without that! Haha but Idc if he goes to a strip club!”

The part about having “enough problems” echoed another statement Kailyn made last week about the state of her marriage.

Nobody told me marriage was easy but I never could have imagined the limits it would push me to. We aren’t perfect and we’ve never claimed to be. I’ve fought harder with you and for you than I ever have for anyone. Now, all I can hope is that we can keep pushing forward and learn from what we have gone through and what we are going through. If I posted this saying everything was perfect, I would be lying because it’s not. But, at the end of the day, I want you by my side when we’re 80, still pinching my butt and making me laugh. I love you, Jose.

What some people may not realize is that even good relationship have bumps. Admitting she and Javi “aren’t perfect” doesn’t mean they’re doomed… It just means they’re normal people in a normal marriage!