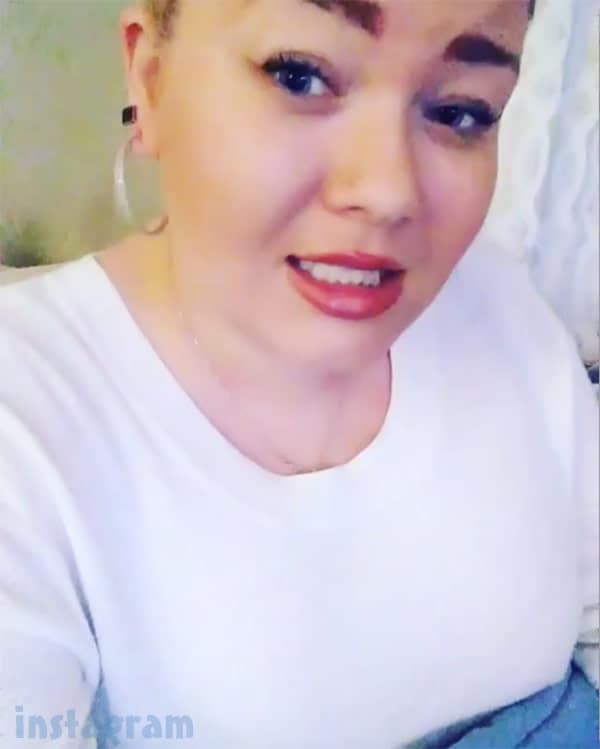 Amber Portwood has always been opinionated on social media, but she’s been serving up extra sass in the past few weeks. The star of MTV’s Teen Mom OG took to Instagram on Monday night just a few hours before the premiere of a new episode of the show and posted a rant where she slams all of the body shamers who have been trolling her Twitter.

Ever since she openly discussed her mommy makeover last month, the Teen Mom star said she’s been receiving a lot of hate from body shamers who judged her for the decision to undergo plastic surgery in order to get her body back after she gave birth to her only child, 6-year-old Leah whom she shares with her ex-fiance Gary Shirley.

She already addressed the results of the surgery in another series of Instagram videos where she tried to explain her side of the alleged altercation between her, her fiancé Matt Baier and their Teen Mom OG costars Farrah Abraham and her on again, off again boyfriend Simon Saran at the reunion show taping two weeks ago.

But since then, it seems like she’s been getting a lot more hate and in true Amber fashion, she felt the need to defend herself and she did so in a series of videos posted to Instagram. Check out the seven-video-long rant, including transcriptions, below.

Just a little message..love you guys?

“So, first of all this body shaming going on on my Twitter and stuff like tha, get the f*** off my Twitter first of all. Second of all, everybody wants to talk about my plastic surgery. Okay, let’s make it clear what happened. So I lost 40 pounds by myself and I gained it back because I was diagnosed with borderline personality, got on a certain medication and almost gained all my weight back. So then I tried to lose it again, couldn’t, lost a little bit more but my body did not look right okay? Cause from gaining weight, losing weight, gaining weight, my body was not looking right plus having a baby, the bottom of my stomach everything, blah blah blah…”

“…That I explain myself to you people but obviously I guess I do because youre ignorant. So what I did was I went and got something called a mommy makeover without the tummy tuck. I didn’t touch my face, I fixed my body for me not for you, for me. So people saying I went and got all this liposuction, no I didn’t get liposuction to be skinny cause I don’t need to be skinny, I need to be me I got my curves back from what I look like. I’ve never been really skinny, only if I was on drugs I was really skinny. I’ve always been a curvy woman so now I got my curves back, that’s all I wanted. That’s it. So I didn’t do it to become a skinny woman, I simply did it because I needed a little lift and a little bit of this a little bit of that because of losing weight gaining weight losing weight, plus having a baby at a young age. So everybody that’s shaming me for my body, you’re talking about most of America right now. So go on, go do something with yourself. Another thing is…”

“…Even if I wasn’t on TV, I watch shows all the time, you know. I’m fans of other people on reality shows, I never go on their page and just start talking sh**. I think that’s weird, I think its ignorant and I think half of you guys don’t even have your picture on your Twitter or anything. When you say things, you blatantly just talk sh** behind your computer or your phones and nobody knows who you are, so go f*** yourself. But I just wanna make it clear that everything I did was for myself, not for any of you guys…”

“…I have a round chubby face, always have. The only time that I didn’t have a really round chubby face is when I was sick and on drugs, so get over that. You know, I just feel like everybody thinks that everybody should be perfect if you’re on TV. This is reality television, we’re not movie stars. We’re not actresses, and 99 percent of those people have had plastic surgery, so I don’t get it. I really don’t. We’re not movie stars, well we are different because we have been on TV for such a long time which isn’t usually, you know, the case for a lot of reality shows the same cast being on for eight years. However, I don’t think of myself as anybody but just like you guys and that everything that I do when it comes to getting stuff done to my body is no different than what most moms in America do, and most women who deal with depression and have to get on medication and end up gaining weight from it things like that so…”

“…You know I really think the hate needs to stop. You know, and I always say ‘sending love’ and I know people like to make fun of me for saying that, but I do like to send love and I mean it when I say it. And if I go off on somebody, so what? What person doesn’t go off on somebody if they’re being rude and disgusting and nasty? I think every woman should be able to take care of herself and make sure that she’s not being treated a certain way, so this is kind of ranting because there’s so many different things. But stop the body shaming. None of this was for you anyways, why are you on my page? You’re fucking weird. You’re really weird. Like, honestly it’s so weird to me, like I cant believe it. And you know, it’s hard enough for me to be diagnosed with something like borderline personality…”

“…And that’s why I don’t have a snapchat because I don’t want people in my lives that much. And yes I do this show, but I’ve been doing this show over eight years so some people say ‘Well you’re on TV so you opened up your life to it.’ I’m a part of a family. This is a family to me. I have grown from the worst to now with these people that I work with, so it’s not like any job where you just give up and go away, no. I have people invested in my life and I’ve invested in theirs so this is why I’m on TV. I like helping people, which if a lot of people had this message in this reality world maybe it would be better, but that’s just not how it is. So you know, sending love to all of my fans because you guys are amazing and everybody else who has a f***ing problem with me because I’m not miss skinny, miss this, miss that, I do not care. You do make me angry though…”

“…I’m just gonna keep blocking you like I have been. But I feel like since I’ve gotten this done, I’ve had more hate than I’ve had in the last three years. It’s been ridiculous. So you’re shaming a woman because she’s trying to fix things about her body? Really? Hmm. Why all the hate? And it’s mostly from girls. It’s mostly from women, so when a woman gets her boobs lifted or contours her body for certain reasons, why are we hating on them? I don’t understand that. What’s going on women, is it jealousy? Cause every time I say that you say, ‘Oh I’m not jealous, what would I be jealous of?’ What the f*** are you commenting for then? That makes no sense, why are you commenting? Sh** happens, it’s life. I’m 26 years old now, 26. I started this when I was 17, move on. You don’t like me? Bye. You don’t need to be around me, you don’t need to even see me…”