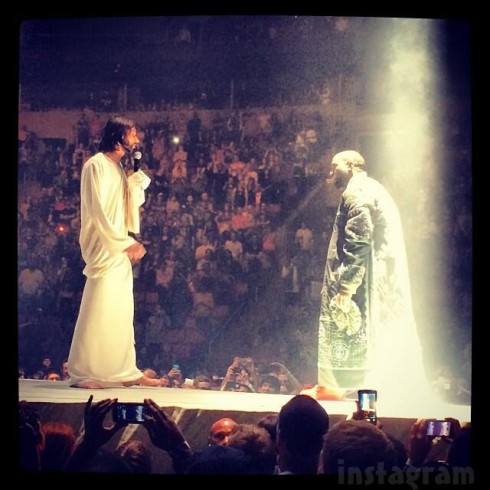 It was Yeezus meets Jesus last night in Seattle as Kanye West brought out Jesus Christ to segue into his performance of “Jesus Walks” during a 27-song set that kicked off the rapper’s “Yeezus Tour.”

Here’s how the Book of Kanye kanversation went:

At that point Jesus basically does a “Peace! I’m outta here.” as he turns and slowly walks off stage. 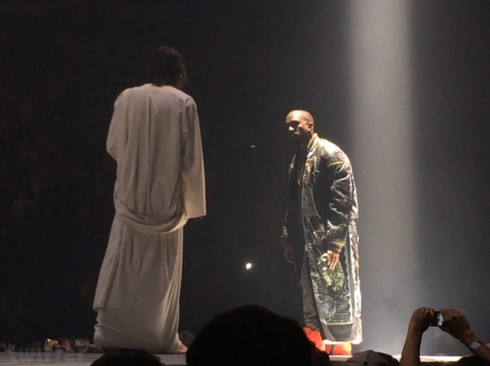 The show, which kicked off late due to Kanye reportedly obsessing over set details, had a religious theme throughout and included Kanye performing from a mountain top. In addition to Jesus, Kanye was also accompanied on stage by twelve female dancers wearing easy-on-the-imagination flesh-colored tights. Kanye sported several outfits during the show and wore a number of different masks. 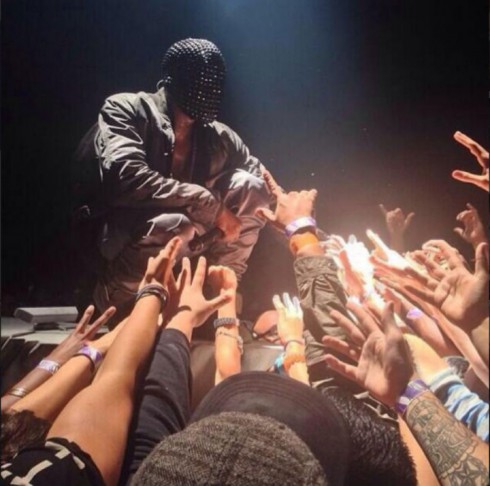 Here is a ten-minute-plus video clip of the opening, which included performances of “On Sight” and “New Slaves,” followed by a complete setlist from the show: 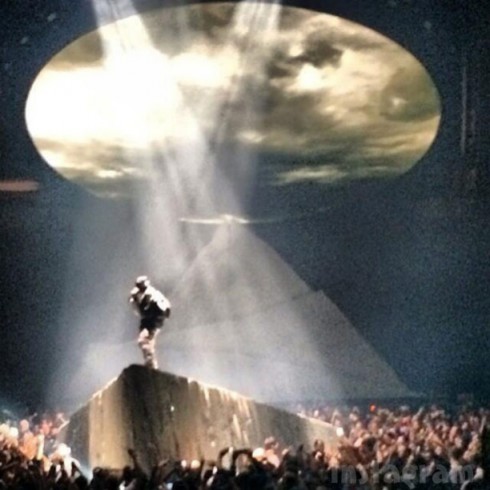