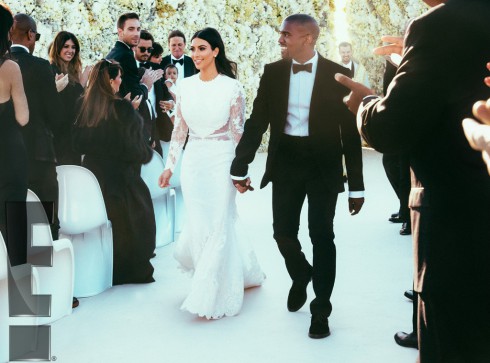 E!, home of Keeping Up With the Kardashians, shared the first official pictures from Kim Kardashian and Kanye West’s May 24 wedding in a Florence fortress.

One of the most stunning shots is of Kim’s elegant Givenchy Haute Couture lace gown with ultra long train. As was rumored before the wedding, Kim’s dress seems to be inspired by Duchess Kate’s from the 2011 Royal Wedding. Friend/designer Riccardo Tisci, who recently called Kim “the Monroe of our age,” is also shown in the dress picture. 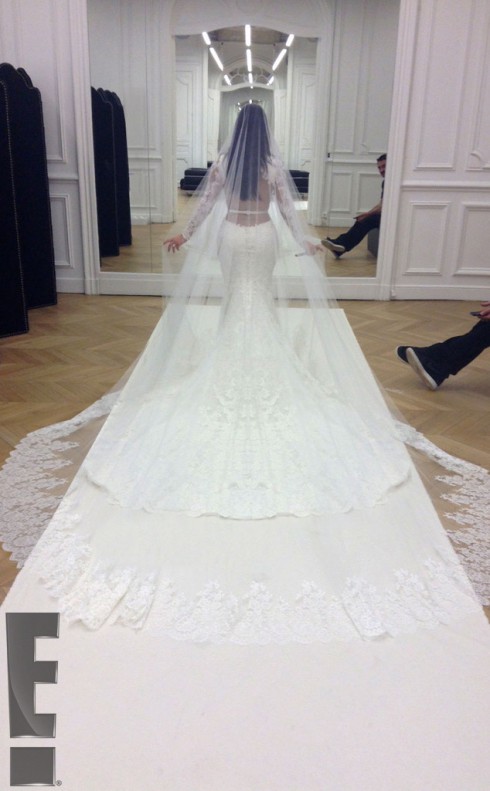 Later, Kim and Kanye said “I do” at Forte di Belvedere in front of a flower wall — à la Kanye’s Mother’s Day gift. The ceremony was conducted by Rich Wilkerson Jr., an associate pastor from a non-denominational fellowship in Miami. 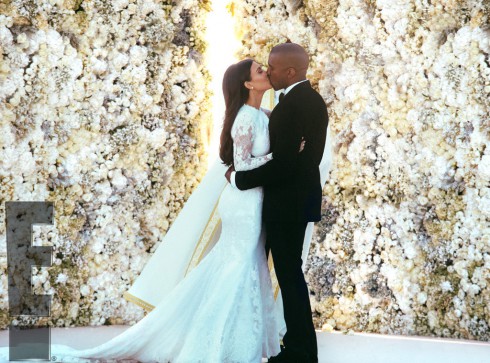 For the reception, Kim changed into a short, bejeweled Balmain dress. While guests dined on a four-course meal and seven-tier strawberry sorbet and vanilla cake, Kanye toasted his new in-laws, calling them “the most remarkable people of our time.” Kris Jenner also paid a “big, emotional” tribute to the newlyweds and baby North West. 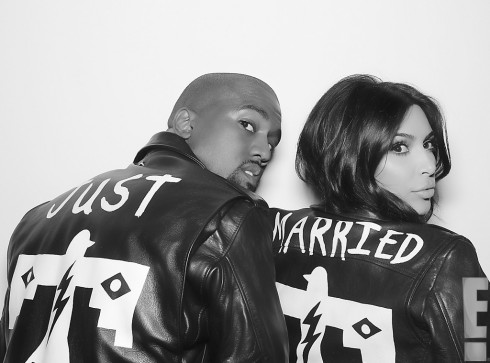 For the real party, Kimye & Co. danced to an Etta James mashup, an in-person serenade from John Legend and some live rapping from Kanye.

Some of the weeklong festivities were filmed by E! and will be included in the upcoming season of Keeping Up With the Kardashians. That premieres on Sunday, June 8.

VIDEO KUWTK Kim opens up about the robbery, ‘There’s no way out’