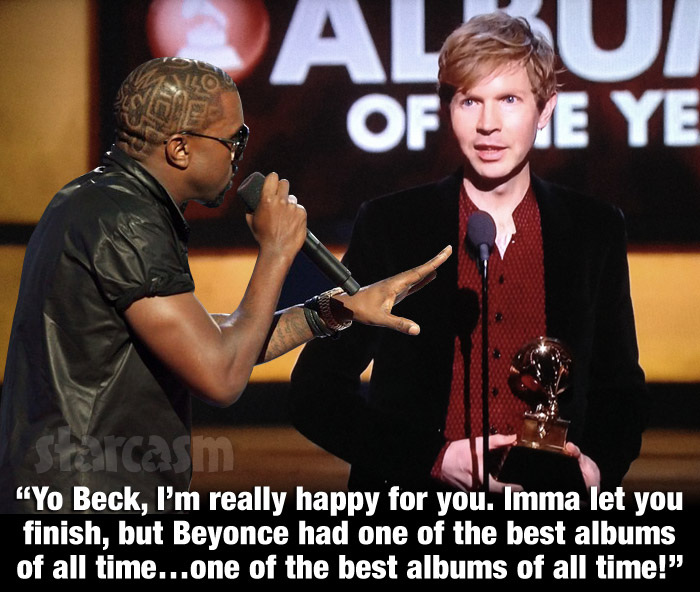 In a night full of memorable moments, the most memorable (or meme-orable) from the 2015 Grammy Awards was perhaps missed by most viewers as it happened in a split second. In case you missed it, Kanye West nearly pulled a Kanye West as he jokingly began to recreate his unforgettable Taylor Swift 2009 VMAs moment after it was announced that Beck had beat out Beyoncé, Ed Sheeran, Sam Smith, and Pharrell Williams to take home Album of the Year honors.

Here’s the moment captured forever in the format custom made for capturing split second moments, vine:

It was obviously a big joke as Kanye West could be seen laughing as he returned to his front row seat alongside wife Kim Kardashian, who was also literally laughing out loud: 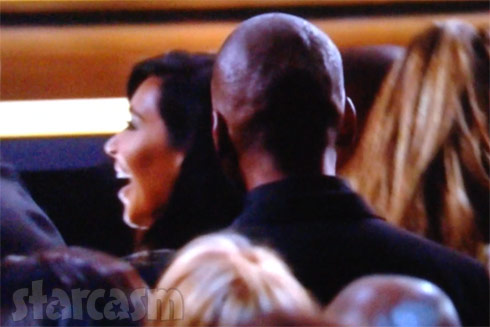 And if you are of the impression that Kanye’s little stunt wasn’t funny, you are clearly incorrect because anything that makes Prince laugh has GOT to be funny: 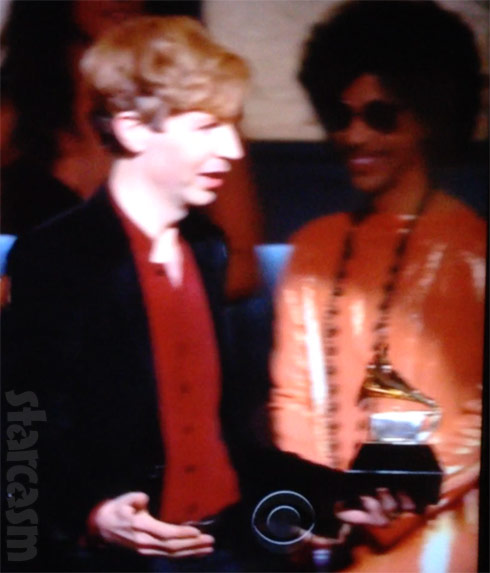 The moment had special significance because, if you remember, it was Beyoncé that Kanye thought Taylor Swift had robbed back in 2009, and Beyoncé was once again on the losing end at this year’s Grammy Awards — this time to Beck. And speaking of Beyoncé, perhaps the second-most meme-orable moment came from Mr. Beyoncé himself, Jay-Z, who looked scared to death when Kanye began to make his way on the stage before doing like everyone else and breaking into laughter: