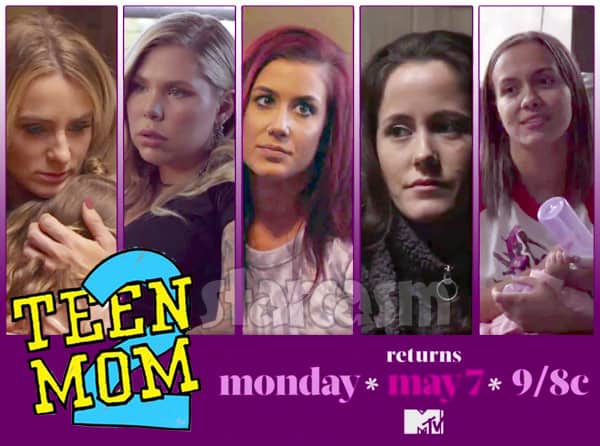 MTV has just released the preview trailer for the brand new season of Teen Mom 2! In addition to the trailer, the network has also revealed that Season 8b (I think that’s right) will premiere Monday, May 7 at 9/8c.

Every story has two sides and this season the truth is coming out. #TeenMom2 returns Monday, May 7th on @MTV! pic.twitter.com/KpCRJj511v

“Every story has two sides and this season the truth is coming out,” the narrator vaguely states.

To be honest, the trailer doesn’t really reveal much that we don’t know already. Clearly, Briana DeJesus’ short-lived relationship with Kailyn Lowry’s ex Javi Marroquin will be a big part of both their story lines. That is pretty much all we see of either of them in the 30-second clip.

Meanwhile, Jenelle Eason and her mother Barbara Evans are still battling it out over custody of Jace (apparently) with Barbara expressing her concern that Jenelle is once again choosing her current man over her children. The trailer doesn’t show anything teasing the firing of Jenelle’s husband David Eason. 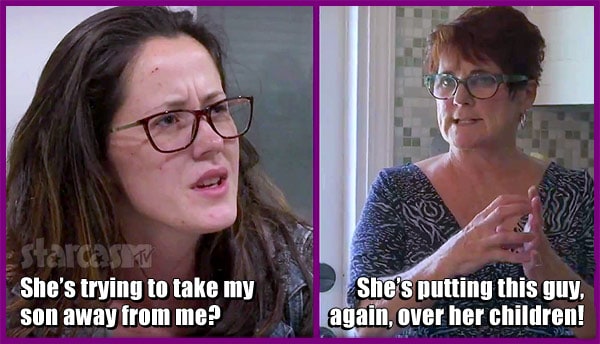 With Leah Messer, we see her frustration as she declares that she is “trying to stay away from y’all’s bulls**t drama.” The only problem is, we have no idea who she is talking to in the scene. She looks to be in a residential dining room, so I assume she isn’t talking to her co-stars at the Reunion.

And Chelsea DeBoer’s story line looks to be more of her wonderfully “boring” happily ever after, although we do see her crying for some reason while conversing on the phone and riding in a car.

So whose story are you most excited to see on the new season? Take our Twitter poll:

Which #TeenMom2 story are you most looking forward to seeing when the show returns to @MTV May 7? Take the poll!