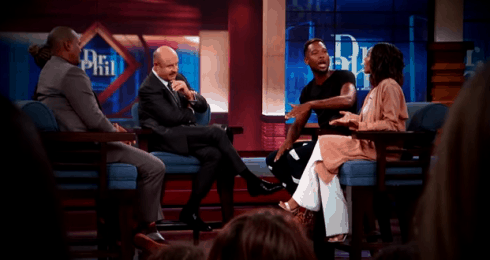 Love and Hip Hop: Hollywood star Moniece Slaughter appeared on Dr. Phil last fall in an attempt to help her mentally ill brother DJ who suffered from grandiose delusions and would often go missing. He thought he was dating Rihanna and had written an album for Beyonce. Her recent tweets reveal she has suspicion about the level of care her brother is receiving from the Dr. Phil show.

Most people featured on the show are set up with some sort of inpatient rehab and mental health treatment options, but there have been controversies about the kind of care received. Sinead O’Connor made a video about concerns about the care being offered at the facility she received treatment from after appearing on the show. She made a point to praise Dr. Phil himself, but raised some concerns including a claim that suicidal patients weren’t being properly watched.

“I’m saddened today as I have learned the current status of my brother’s mental health treatment that was promised to our family upon appearing on your show,” Moniece tweeted today. “I don’t want to believe that I was used by You w/out the true intention of following through. How can we fix it???” She gave no details about what exactly was making her feel sad about the situation.

When people questions Moniece’s decision to make her inquiry about her brother’s care so public, she replied that she was reaching out publicly because she had received no private messages from Dr. Phil’s team.

“Now I’m trying to remain respectful,” Moniece said. “So I’ll nicely pose the question to you ONE TIME AND TIME ONLY!!! Do you think I’d be here giving evil trolls this kind of ammo if I’d received a private response from @DrPhil & his people when I privately reached out?”

Here’s a clip from the show, which aired last November, where she claims her brother DJ is “dangerous” and no longer allowed in her home because of his unpredictable and sexual behavior. The clip also has footage of DJ walking around in public without any clothes on.

Dr. Phil told DJ that he wanted to have him evaluated, including neurologically. DJ was not receptive to this idea. He insisted that nothing was wrong with his sense of reality and perceptions.