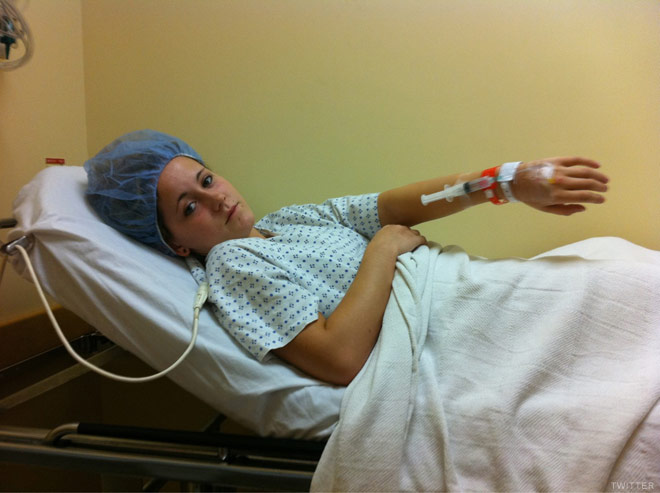 Teen Mom 2 star Jenelle Evans has had a bad month-and-a-half. In addition to all the legal drama surrounding her falling out with former roommate Hannah Inman, she has had a terrible time of it health-wise. After being diagnosed with strep throat and mono, she had to go in last week for a tonsillectomy. The above photo was taken prior to surgery and this next one was taken after: 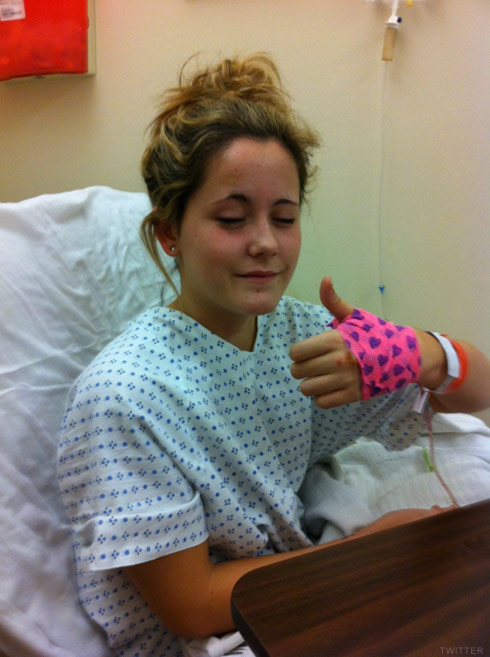 Last night she began coughing up blood and returned to the hospital for treatment before returning home late last night and sharing this update on Facebook:

Back from the hospital. Coughed up blood around 8pm for 20 mins so called the ambulance then coughed up 3 blood clots on the way to the hospital. I was there for a while becuz i had low blood pressure and was extremely dehydrated. My valentines day suckeddd. 🙁

Not long after she got back home Jenelle fell asleep only to wake up at 2:30 am coughing up more blood! She shared a rather gruesome photo of what her coughing fits had produced along with this message: 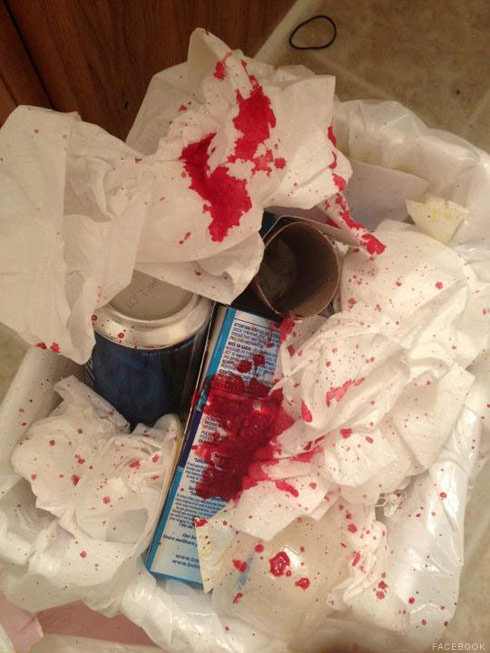 Some commenters called the authenticity of the photograph into question (seriously?) to which Jenelle responded with:

That pic isn’t real u say ? Why did I just speak to the paramedics and they said its best to wait until the morning to see my doctor. I would go to the hospital becuz this happened earlier tonight at 8 and I was watching the season finale of teen mom 2 in the ER.

It only took a small amount of Googling to confirm that coughing up blood can happen after a tonsillectomy, so let’s hope her doctors are able to finally get this under control later today. What a sucky Valentine’s Day! Hang in there Jenelle! There will come a day when you’re able to breathe normal again, and time when you’re no longer coughing up blood. Get better soon!