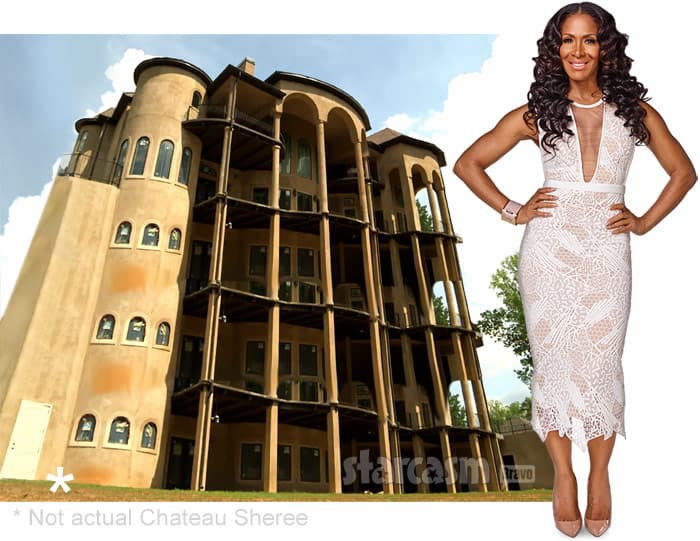 Building a massive, legally uninhabitable mansion over the course of a decade is apparently a VERY expensive endeavor! The Real Housewives of Atlanta‘s Sheree Whitfield is finding this out first hand as she is reportedly facing close to $350,000 in liens on her infamous “Chateau Sheree.”

The whopping figure is a combination of numerous contractors, who claim Sheree Whitfield owes them for work done on the property, as well as federal tax liens. At least three contractors, including Master Craft Stucco and Heritage Landscape Group, have filed liens totaling close to $62,000.

The attorney for Master Craft Stucco spoke with the AJC‘s Randy Ho last week and reveals that the growing list of disgruntled contractors may soon be presenting a united front. “Potter is gathering other lien holders and may try to force Whitfield to sell the property so they can collect their judgment,” Randy Ho reports. This unification effort comes after failed attempts to garnish Sheree’s wages, due in large part to a complex shell game as far as ownership of the property goes.

Emory Potter, the attorney for Master Craft Stucco, said in an exclusive interview last week that he tried to garnish Whitfield’s wages but since the home is not under her name, “we haven’t been able to find bank accounts to garnish.”

He had a sheriff show up at Whitfield’s door in December, 2016. She did not have the money off hand, he said.

The property, he said, was purchased at foreclosure and has no mortgage. He said the property over the past few years has had ownership transferred among Whitfield, other family members and these corporations. She began building the home from the ground up around 2012.

As far as the IRS’s interest in Chateau Sheree, the AJC reports that they have filed multiple tax liens dating back to 2009. The total amount of all the outstanding liens, according to the site, is $348,404.48. It is unknown how much (if any) of that amount Sheree has paid. 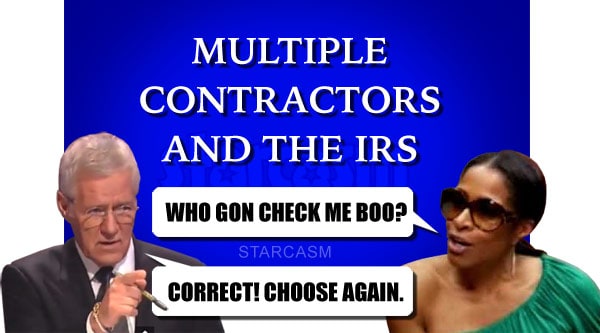 If you’re wondering why Chateau Sheree is “uninhabitable,” that is due to Sheree being unable to obtain a certificate of occupancy. The lack of a certificate didn’t stop her from throwing a Chateau warming party for the Bravo cameras, however, and it also didn’t stop Sandy Springs from fining her $1,000 for not getting a permit for the filming.

It is unclear whether Sheree has since gotten the certificate of occupancy, but I assume since neither the AJC or Straight From the A have updated, that she has not. That’s pure assumption though!