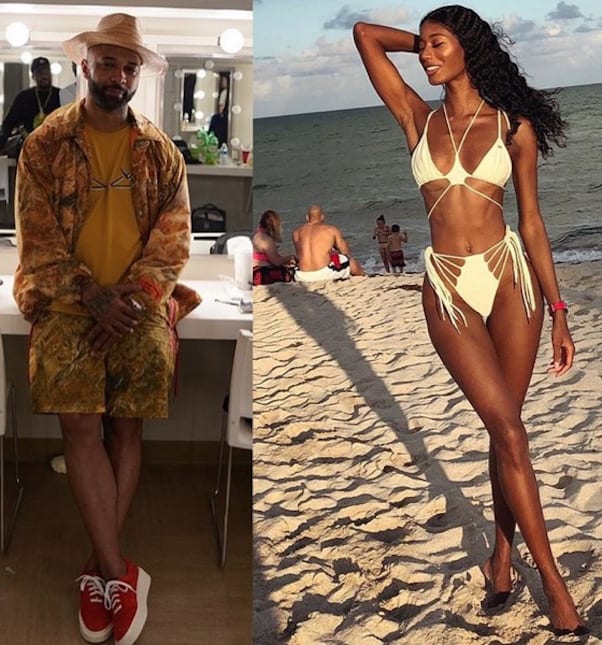 It’s been nonstop buzz about LHHNY co-stars Joe Budden and Cyn Santana ever since they started ghosting each other amid an alleged split. But did Joe Budden cheat on Cyn — and is that the reason their engagement appears to be off?

We’ve gotten some more tea on the couple since the first gossip surfaced last week. As we wrote at the time, Joe and Cyn both wiped each other from their respective social media pages, and Joe actually took the extra step of unfollowing his supposed former fiancée. Cyn then one-upped him by taking off her engagement ring. This prompted Joe to say something publicly — which he did, at the end of one of his recent podcasts.

“We didn’t break up,” Joe told the crowd at the live taping, in remarks transcribed by Dallas Black. “There’s been no breakup. Now words are important. So what does that mean? What that means is neither one of us said it’s over….Haven’t spoken in a little while…I think her phone’s been dead for a few weeks…I didn’t take it no way when she moved all her [stuff] out of the house.”

But the “Did Joe Budden cheat” rumors really took off thanks to a Bossip report shortly after. Word on the street is Cyn packed up and left him because Joe may have been shacking up with Miami-based model, realtoe, and restaurant server Jazzma Kendrick. Jazzma, 29, first made gossip headlines back in 2017, when she was spotted on the arm of Italian soccer star Christian Vieri while Vieri was still dating Naomi Campbell.

This time around, the gossip engine got going after vlogger Jordan Christina accidentally filmed Joe and Jazzma arm-in-arm while filming a girls’ trip in Miami this past March. Skip ahead to 5:46 to see Joe and Jazzma together:

That video was published on March 12th. So, if Joe and Jazzma have been together on the DL for at least that long, and it wasn’t just a one-time thing, Cyn might be far less willing to unpack her bags or put the ring back on it.

Love & Hip Hop New York Season 10 is filming now, and both Joe and Cyn are believed to be under contract. New episodes are expected to drop in late 2019 — but we’ll likely find out a whole lot more about this particular drama well before then.

Is Jessica Simpson pregnant? Yes, according to reports!