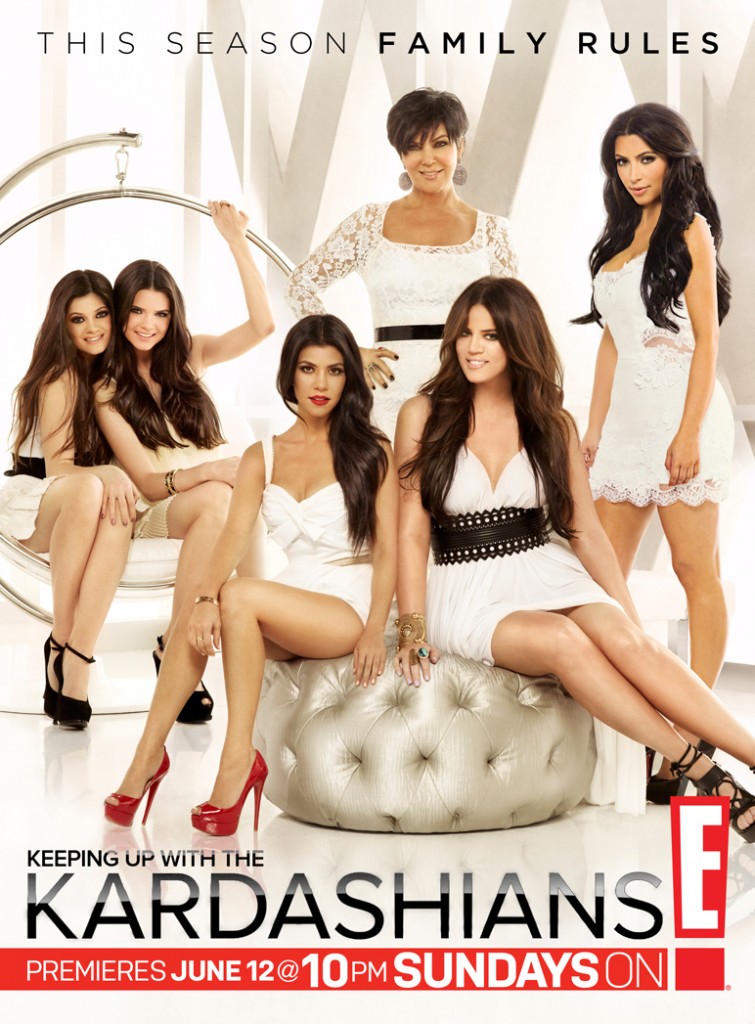 Or at least that’s what the brand spankin’ new commercial for Keeping Up With The Kardashians says about Season 6 of the flagship program of America’s first family of reality television.

My favorite thing about the clip is Kim Kardashian telling brother Robert, Jr. to “Get a job and don’t live off your sisters.” But he has a job! His job is to sit there and have his sister tell him to get a job.

It should be interesting to see how the linchpin of the Kardashian reality show empire does ratings-wise after the the first full-year of continuous Kardashian programming. I’m guessing this season will begin shifting the spotlight a little to Kylie and Kendall, which can only be a good thing given the relative ease those two have seemed to handle the growing spotlight over the last few months. I’m guessing the chances are about 85% that they will get their own series next season. So that gives them each a couple months to try to find a professional athlete to date!

Keeping Up With The Kardashians Season 6 premieres Sunday, June 12th at 10pm on E!

Rob Kardashian reportedly ‘wants nothing to do’ with family