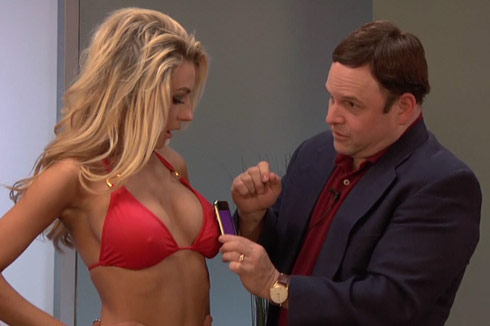 It looks like Courtney Stodden is going with what works by having yet another 50 something actor rub on her. This time it’s not her husband Doug Hutchison but Seinfeld star Jason Alexander.

That’s right, Alexander has aired some Festivus grievances with the teen bride for his new skit series on Funny or Die called The Donny Clay Show. Donny is a life coach that doesn’t judge, hates him some Dr. Phil because he’s judgmental (which isn’t a judgment but an observation) and he’s not too informed about his guests.

Donny really gets to the heart of things when he plays the role of Doug to help build their relationship:

“Courtney, I love you because I know that I could take you behind this couch. Have at you in a number of ways.” 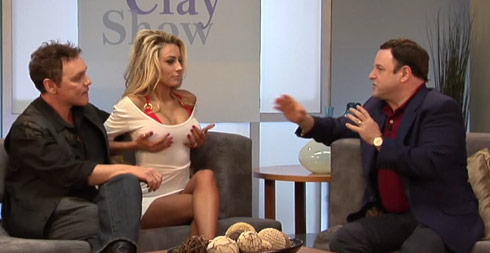 So I gotta ask…. Funny, Die or just creepy?