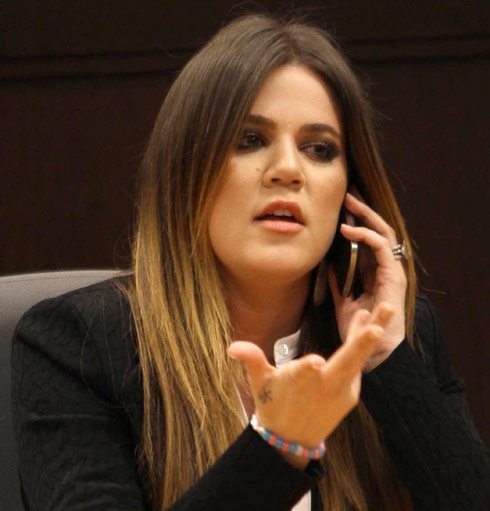 The late Robert Kardashian stated that Khloe was not his biological daughter. This is according to comments made by Robert’s ex-wife Jan Ashley. Jan, 63, is the woman who married Robert after Kris Jenner.

“Khloe is not his kid… he told me that after we got married. He just kind of looked at me and said it like it was a matter of fact. He said, ‘Well, you know that Khloe’s not really a Kardashian, don’t you?’ And I said…’OK,’ and that was it.”

In addition to Ashley’s statement, Robert’s widow, Ellen Kardashian, who married the lawyer just two months before he passed away, spoke with Star about how Khloe often questioned if Robert was her biological father.

“Khloe brought it up all the time. She looked nothing like the rest. She was tall, had a different shape, light hair, curly hair. Didn’t look anything like the other three children.”

Kris Jenner revealed in her book that she did cheat during her marriage. As for Robert’s later wives this was not news at all and they claim Robert knew all about her infidelities.

Ellen, who has fallen on hard times financially since Robert’s passing, lit one more fuse to this bomb by claiming that Robert Kardashian told her that he and Kris were not even sleeping together during the time of Khloe’s conception.

These are some pretty stinging comments and Khloe has made some indirect responses via Twitter in regards to this report. Here is her reaction:

“The audacity you have to mention my father’s name like this! Should be ashamed of urself[sic]! I let a lot of things slide but this one is really low . . . YOU ARE DISGUSTING! (yes, you know who YOU are)

A reader (thanks @YG) pointed out that Khloe took a DNA test during an episode of Keeping Up With the Kardashians. She did, but it was only to prove that Kris was her mom. Here’s a clip of that scene along with her and here sister’s commentary.

So what is your opinion? Are these just desperate women looking to make a little cash by revealing “secrets” or is there truth behind the speculation that Robert Kardashian questioned whether or not Khloe was his?

UPDATE: Khloe Kardashian took a paternity test. Click to find out the results!

Click here to read what Kris Kardashian dished about her affair, and HERE to buy her book.

How many grandchildren does Kris Jenner have? Full timeline of Kardashian Jenner grandkids