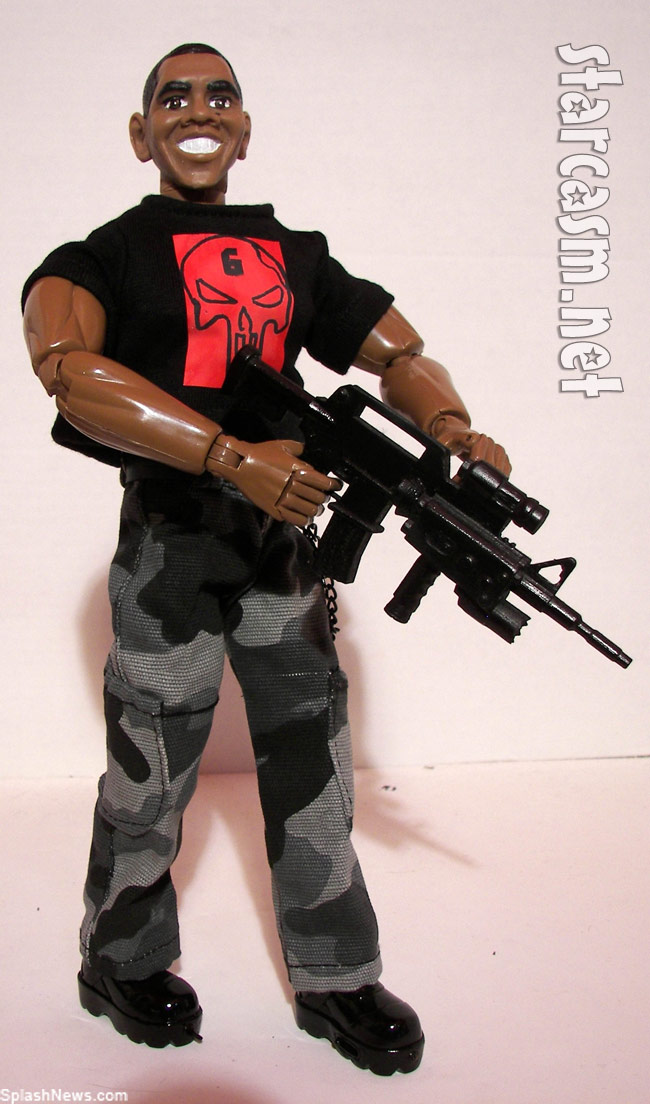 After giving the risky order to invade a Pakistani compound despite many of his chief advisers believing it was not a good move President Barack Obama ordered Navy Seal Team 6 in and they were successful in taking out the most wanted man on Earth, terrorist Osama bin Laden.

So how do you go about recognizing the man following this noted victory against Al Qaeda?  Well his approval rating jumped up by like 4 or 5 points or something and the fine folks on the other side of the aisle tersely congratulated his accomplishments but most importantly you immortalize him as an action figure!

Ladies and gentleman meet honorary Seal Team 6 member The Rambama.  He comes loaded with arm guns ripping from his Team 6 shirt as well as an authentic used in battle replica of an M1A4 rifle!  He’s all smiles with his camo pants only accentuating his butt kicking gun show.  The company Herobuilders have manufactured this awesome ‘Merica action figure and you can purchase your very own via their website here. 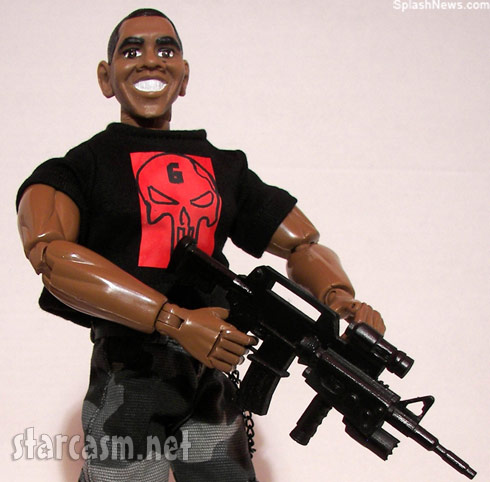 Now before this becomes all political you can also browse through their gallery of ripped president George W. Bush figurines too but I warn you to have eyewash ready for the Britney Spears’ likeness!

You can click on the top image for a super sized full page view of Rambama ready to rip.