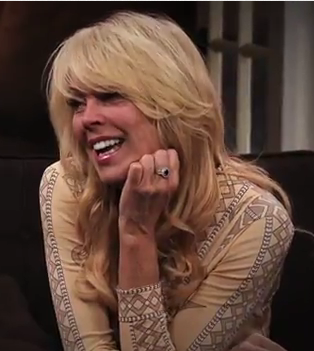 We usually don’t cover a lot of Dr. Phil shows, but this morning he brought us a jaw-dropping intervention with a former America’s Next Top Model contestant, and now he’s got a promo for an interview with Lindsay’s mom Dina Lohan that seriously exposes the heart of the trouble with the Lohan family.

Dina pre-recorded an interview that’s set to air Monday, and her bizarre behavior makes it obvious that she was somehow intoxicated. She’s giggling, defensive, and taunts Dr. Phil with this bizarre line: 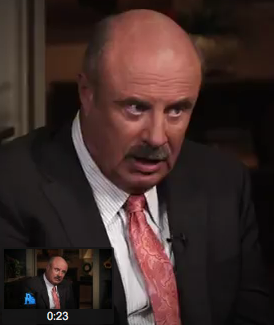 Later when Dr. Phil gets Lindsay’s dad Michael Lohan on the satellite, Michael asks if Dina was drunk during her interview. Judging from the footage, it appears that she probably was.

This video doesn’t even seem real. It’s good in a bad way. It’s good in the sense that it feels like a clip from a stunning mockumentary made by some sort of genius, but it’s bad because this is real life.

Everything seems to be about denial with Lindsay and Dina, and that’s why it’s so hard for them to get help and move forward.

Dina blames her appearance of being intoxicated on Dr. Phil’s editors, telling TMZ:

All people saw was two minutes edited of an hour long interview. Of course they cut it to make it interesting. That’s their job . I don’t blame them for doing that. Some of the comments were taken out of context but I’m fine. I’m fine.”

Michael Lohan, on the other hand, has a different opinion:

“I think when everyone sees the interview, they’re gonna know she’s not sober.”

Woman who was sexually abused by her parents confronts them on Dr. Phil