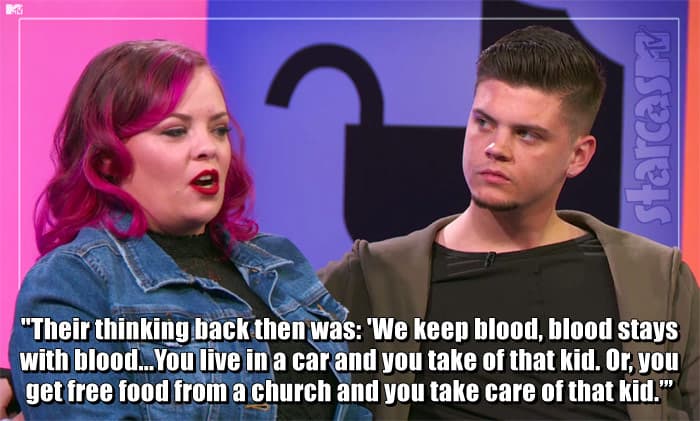 In a preview clip for next week’s Teen Mom OG Unseen Moments episode, Catleynn and Tyler Baltierra reveal that when they were in court for their first daughter Carly’s adoption, Catelynn’s mom April and Tyler’s dad Butch tried to get custody of Carly!

“When we went to sign off our rights for Carly,” Catelynn begins the clip, “Tyler’s dad and my mom were there.” Catelynn says Butch and April told the judges, “If they want to place this child for adoption, then we want to be able to raise her.”

Catelynn adds the judge responded with “Mmmmmm, no.”

Tyler was a little more descriptive with his recollection: “On the hardest day of our lives, they decide to make it ten times harder for no reason.” Tyler also says the judge listened to what Butch and April proposed. “But, of course, when they looked, my dad was actively using then, so…the judge just knew. He was, like, ‘ahhhhh, no.'”

Nessa asks about Butch and April’s motivation. “Their thinking back then was: ‘We keep blood, blood stays with blood,'” Catelynn says, before making the point that the notion of not raising your own child was alien to them. “Our families never really were touched by adoption, you know?”

Catelynn concurs on the “old school” description and says that April and Butch’s mentality was: “‘You live in a car and you take of that kid. Or, you get free food from a church and you take care of that kid.’ Just old school beliefs and stuff.”

“They didn’t understand placing Carly for adoption was for Carly’s benefit?” Nessa asks.

“They were just being selfish,” Tyler answers. 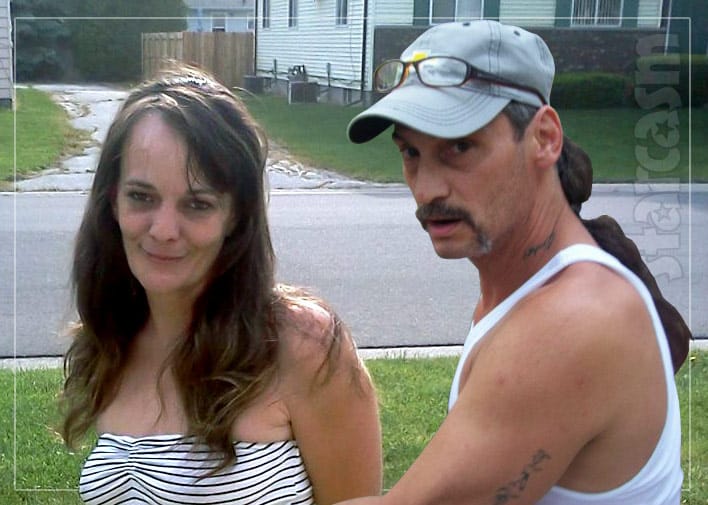 As any Teen Mom OG viewer who has watched the show over its nearly decade-long run knows, Butch and April would probably be the first to COMPLETELY agree with Catelynn and Tyler today. Certainly this show has its fair share of detractors who feel that the parents’ stories aren’t as relateable given the income Teen Mom provides. But even that group has to acknowledge there have been some amazing human stories told over the years — perhaps none as profound as that of Catelynn, Tyler, Butch, and April. The difference between who those people were ten years ago and today is astonishing, and the entire thing has played out almost in real time on television.

You can see Catleynn an Tyler’s full segment as well as segments with their co-stars (sans Farrah I assume) when the Teen Mom OG Season 7 “Unseen Moments” special airs Monday night at 9/8c on MTV.